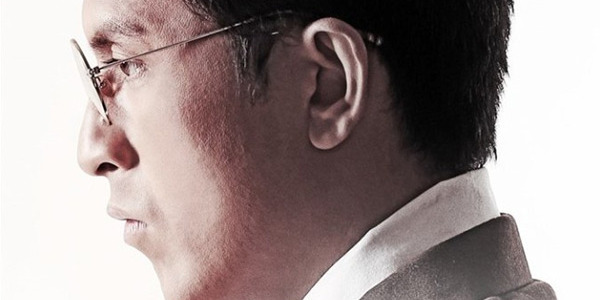 ‘Felix Manalo’ Doesn’t Care About Being a Good Movie

The movie as a whole feels disjointed, rushing through huge portions of the main character’s life at an unreasonable pace. In Felix Manalo, Dennis Trillo plays the titular character, who would go on to be the founder of the Iglesia ni Cristo. It starts with his birth, and then jumps ahead to the American occupation of the Philippines. As a young man, Felix is on the path to becoming a priest, but then starts having doubt about the Catholic faith. He spends the next few years studying several of the new Protestant sects that have just arrived in the Philippines. After much contemplation and study, he finds all of them lacking. This leads him to start his own ministry, which would grow into something far larger than anyone would have expected.

Whatever one may feel about the Iglesia ni Cristo, one can easily acknowledge how interesting the journey of Felix Manalo was. Here was a man who arrived at his faith through intense study, opening his heart to one Christian sect after another, before discovering how each fell short of his own ideals in his faith. Manalo's story is that of a man seeking the greatest truth, and deciding to set his own path towards the divine. Unfortunately, this movie doesn't really do that idea justice. Felix Manalo is too concerned with reinforcing the legitimacy of the religion to which it's attached. It never gets around to being good.

There is word that this film, at nearly three hours, is already cut down from a much longer version. And this seems likely, given what makes it up on screen. The movie as a whole feels disjointed, rushing through huge portions of the main character’s life at an unreasonable pace. A lot of these sequences feel like they should be much longer, and there isn’t a lot of breathing room between many of the lines. To get to this cut, it appears that the film cut out most of the drama. It instead settles for being a basic recounting of all the historical details of Manalo’s life and his founding of the INC.

And this is tough, since the film literally starts with his birth and goes all the way to his death. That’s a lot of ground to cover, and cutting that down to just highlights doesn’t leave much room for developing narrative arcs. In general, the movie seems unconcerned with these basic narrative demands. It shirks conflict, for the most part, glossing over a period of internal turmoil within the newly established church. But it will spend four scenes detailing the registration of the church with the government. Nothing remotely cinematic happens in these scenes, but they are kept intact. It appears as though the priorities in this cut of the film are scenes that tell us that the church is a legitimate entity, both legally and theologically.

It gets pretty tiresome. The film focuses on legitimacy so much that it actually has the opposite effect. It feels unnecessarily defensive, addressing points that don’t really seem worth addressing, while generally avoiding other bits that might have actually made for interesting cinema. The film boasts a huge budget, but the production doesn’t really reflect that. The seams are showing all over the place, with shots out of focus, rushed VFX work, and in a couple of instances, the color grading flickering out. Dennis Trillo clearly puts a lot of effort into playing Manalo, readily displaying an evangelical fervor. But the film doesn’t provide the actor much of a chance to really show off what he’s got. The all-star casting ends up creating a few weird moments, like that part where AJ Muhlach apparently grows up to be Gabby Concepcion in a span of five years.

Felix Manalo just doesn’t care enough about being a good film. It is slow, ponderous, and focuses on things that aren’t very interesting at all. There is a better movie to be made about this man’s life, perhaps one that goes deeper into just one of these periods of his life. But the prime concern of this film isn’t actually the man, but the church that he founded, and its legitimate place in today’s world. That’s just not a great way to make a film.