‘The Dressmaker’ Buries Itself Beneath Garish Excess

It is adapted from a novel of the same name, and the literary origins are evident enough in the structure and tone. The Dressmaker takes place in 1951. Tilly Dunnage (Kate Winslet) returns to her hometown of Dungatar in the Australian outback, after years in Europe training and working as a couturier. When she was a child, she was sent away from the town following an incident that left a boy dead. She returns now to learn the truth about that incident. She uses her skills as a dressmaker to bring her closer to the truth, and eventually, to exact revenge on everyone that did her wrong all those years ago.

The film is a little all over the place. It is adapted from a novel of the same name, and the literary origins are evident enough in the structure and tone. Novels are built differently, and are often much more able to handle massive shifts in tone and content. Movies, given their more compressed nature, aren't quite as forgiving in that regard. Part romance, part mystery, part dark revenge thriller, part fashion extravaganza, the film is certainly bursting at the seams with intriguing content. But it doesn't all quite fit together.

What seems to be tying the film together is a sense of camp. From the very first scene, with the immaculately attired Tilly stepping off the train onto the dusty station, the film makes its outsized sensibilities clear. And in the next sequence, a policeman character played by Hugo Weaving practically drools in adoration of Tilly's Dior-inspired outfit. The film goes on in this way, each scene contributing to a grand silliness, every aspect of the production going large and colorful and often ridiculous. This film shows little restraint in the depiction of life in this small town, with characters constantly making silly faces while they say and do outrageous things.

Which then makes it a little difficult to swallow when the film leans towards serious material. It is as if the film cannot decide if the townspeople are merely laughable or genuinely sinister. It plays tricky developments with a weirdly comedic approach, which makes for squeamish viewing at times. This is probably best illustrated in the film's version of revenge, which is equal parts tomfoolery and criminal action. The bouncy tone indicates that we're supposed to be happy for Tilly, but it doesn't quite match the severity of her actions.

This is also an oddly structured story, the movie apparently doing its best to stay faithful to the source material. But there just comes a point where it feels like the film should end, and then it just keeps going. This hurts the film a lot, especially as this extraneous act contains the most dubious material. The film's best asset, predictably, is the costume design. Every dress in this film is a spectacle in itself, and fans of fashion will likely be pleased by what's in here. The acting is more than solid, with Kate Winslet bringing her usual thunder. Most surprising in this cast is Liam Hemsworth, who delivers a relaxed performance that reveals strengths previously unseen in the actor's many roles.

The Dressmaker is full of fun, weird little moments that transcend the overall clunkiness of the picture. Taken alone, these moments of pure cinematic excess are terribly enjoyable. But they are part of a greater whole, and it's much harder to accept what the entire picture. The Dressmaker is a lot like the terrible wedding dress that becomes a plot point in the middle of the movie. There might be a beautiful dress in there, but it’s hard to see beneath all the garish excess.

Liam Hemsworth, whose versatility landed him major and notable roles in various film genres such as the highly successful “The Hunger Games” franchise, “The Last Song,” “The Expendables 2,” “Paranoia” and “Empire State” brings his acting range in his latest movie “The Dressmaker” opposite Kate Winslet

Based on the wickedly hilarious and couture-filled book of the same title by Rosalie Ham, “The Dressmaker” is set at 1951 in a town called Dungatar, a one-horse town deep in the wheat belt of south-east Australia.

Kate Winslet, who rocketed to worldwide audience with her lead role as Rose in the blockbuster film“Titanic” with Leonardo DiCaprio stars in the upcoming movie “The Dressmaker,” a hilarious dramedy clothed in elite fashion where revenge never looked so classy
0 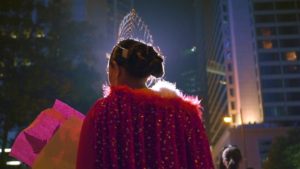