And even though the last bit really is kind of fun, it’s still uneven enough that it isn’t really worth sitting through the first two bits. Lumayo Ka Nga Sa Akin is split into three parts, each one a parody of a particular genre of local entertainment. The first episode takes on action films. It mainly focuses on Diego (Benjie Paras), who at the start of the story loses his wife and family to goons at his wedding. Through various machinations, Diego becomes the driver of celebrity Divina (Candy Pangilinan), and he ends up having to rescue her from some goons. The second episode concerns a family (led by parents played by Herbert Bautista and Maricel Soriano) that gets stuck inside a haunted house. And in the third bit, poor girl Marie (Cristine Reyes) suffers the cruelty of her rich señoritas while enjoying the affections of the two heirs to a hacienda.

Of the three, the one that works best is the last one. Here the movie isn’t simply pointing out the ridiculousness of the genre that it is making fun of. It adds its own layers of silliness, fully embracing the heightened aesthetics of the teleserye. It stands in stark contrast to the first episode, which is mostly made up of scenes that explain the joke. The first segment plays everything as if pointing out something silly is funny in itself. Parody tends to work best when it exhibits some affection for the source work. There is nothing in the first episode but empty posturing, a false sense of superiority over an entire class of entertainment.

The third bit seems to actually enjoy the most bizarre elements of the teleserye, and this leads to all sorts of inspired absurdity. There’s still a tinge of the general disdain that the source material seems to have for local entertainment as a whole, but it just seems to have more fun with it. This isn’t just about lecturing the audience about how stupid they are for liking this kind of thing. It instead assails them with elements of outright lunacy, like an underwater interlude explaining a three year time skip, and a dog character that’s just a guy in a dog costume.

The second part stands somewhere in between. A lot of it is also just the characters pointing out the horror movie elements that they’re supposed to be satirizing. But there is something gained from the cast’s committed performances. A lot of these jokes go on for too long, but Herbert Bautista, Maricel Soriano, and the younger members of this cast display a willingness to look silly that makes this segment feel a little more sympathetic. But then Ryan Eigenmann shows up as a turbaned, accented Indian man who is at one point told by the family that they wish he loses money of his five-six. And then a lot of that goodwill is lost.

The first segment’s performances are supposed to be bad on purpose, but it gets to the point where it just starts feeling lazy. In the third bit, Cristine Reyes, Antoinette Taus and Jackie Lou Blanco look like they’re having tons of fun playing the outsized characters of this teleserye world. But the standout in this segment is Joey Paras, who really leans into the increasingly bizarre tribulations of Marie’s mother. The third part also looks the best, with a purposefully chintzy sense of design that paradoxically looks amazing on screen.

As a single package, Lumayo Ka Nga Sa Akin runs a bit long. It does end on its best segment, but getting there is a real slog. And even though the last bit really is kind of fun, it’s still uneven enough that it isn’t really worth sitting through the first two bits. The material as a whole just doesn’t come from a particularly fun place. It makes itself out to be so much smarter than the entertainment it supposedly satirizes and even smarter than the audiences who enjoy that kind of thing. But it isn’t really all that smart. A lot of it is just saying things people already know. 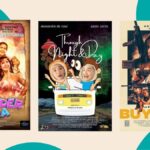 Here's something to help you make your movie-watching plans for the month! 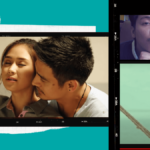