Ang Bagong Pamilya ni Ponching, directed by Inna Salazar Acuña and Dos Ocampo, feels pretty dated. It has a premise that could have come of the eighties, and aesthetics that place it at least ten years behind the curve. Ponching (Janus del Prado) is a small time scammer with a heart of gold. A scam text he sends out leads to a case of mistaken identity. The wealthy dela Vera family mistakes him for the estranged son of the recently passed eldest scion. Ponching suddenly has two million pesos coming his way, and all he has to do is keep up the illusion. It’s just clunky all the way through. One can certainly see the heart behind the story, the earnest desire to tell a story of class differences, and how an outsider can change things for a family unable to properly deal with their various problems. But the skills just aren’t there. This is one of the worst looking films of the last few years. Janus del Prado acquits himself well enough with his soulful delivery, but he actually serves how to highlight just how bad a lot of the acting is in this film. Ten years ago, back when this whole independent thing was just starting out and filmmakers were still trying to find their way, this might have been easier to swallow. In this day and age, it just feels unacceptable.

Roderick Cabrida’s Tuos takes place in a remote mountain village in Iloilo. Young Dowokan (Barbie Forteza) is being groomed to become the binukot princess, a traditional role in the village taken to appease the spirits of the forest. Her grandmother Pina-ilog (Nora Aunor) is the current binukot, and is intent on making Dowokan carry on their traditions. But Dowokan is young and restless, and doesn’t believe in the pact with the spirits. She doesn’t want the life of her grandmother, who is never allowed to leave the village, and can never follow her heart. This is easily the best looking film of the bunch. From start to finish, the film delivers one big visual punch after another. It just seems to try harder. A simple conversation might be seen through precisely placed mirrors, each character framed individually, highlighting their separation. The film occasionally jumps into animated sequences that sketch out the legend behind the need for having a binukot, and these are pretty well done as well.

The idea behind this film is pretty strong. In this film, tradition becomes a prison for women, the lore and superstition of the ages taking away their agency. But there is just something off about the way the story plays. In a story about a young woman rebelling against traditional roles and fighting for her ability to choose, Dowokan doesn’t really seem to have much to do after a point. Still, this is one of the more memorable films of this year’s festival. Nora Aunor is great of course, but for the second in Cinemalaya, it is Barbie Forteza that is the revelation. She goes toe-to-toe with Aunor in every scene, and she proves to every bit as formidable as the veteran actress.

Shorts B features another film from Cinemalaya veteran Milo. Ang Hapon ni Nanding is about a lonely government worker whose life is pretty routine. The film is basically about him trying to come out of his shell. At this point, it feels almost unfair that Milo is still competing. He’s got such control over the form, and this short is easily one of the best ones of this year. Another strong contender is Mon Garilao’s Fish Out of Water, which follows a young half Korean/half Filipino man in Korea as he struggles with his identity. It’s a very polished production that belies its student film origins. There’s more to be explored here, but the film itself is a solid piece of work. Get Certified from Isaias Herrera Zantua is a product of the 48 Hour film project. It’s about lost souls in hell going into an interview to become full-fledged demons. It’s a slight piece of entertainment at best, but it’s features a pretty strong central performance from Chai Fonacier, who should really be a star. Richard Cawed’s Butas is offered as a tribute to the miners of Benguet, and it tells the story of one woman miner as she tries to support her young child with her work. The film tries to tell too much story in too little time, and it doesn’t really earn all of its big moments. Finally, Cyrus Valdez’s Forever Natin is the story of two young women in love who seem to have mutually decided that their relationship isn’t something that can last. I really wasn’t feeling this film. The relationship dynamic felt pretty inauthentic, and though the film only involves women, it feels strangely set in a man’s perspective.

Having seen everything now, I’m willing to say that this is likely going to down as one of the weaker editions of Cinemalaya. There are certainly good films in there, but as a whole it felt like the festival was more averse to risk than usual. Even the shorts, usually the realm where the festival gets to show more outré sensibilities, felt pretty safe this year. And this just makes CInemalaya feel less exciting than it usually is.

Still, there are films to recommend. Pamilya Ordinaryo isn’t an easy watch. It all occurs in the type of squalor just don’t want to look at. And if one isn’t a fan of the Bing Lao school of storytelling, then this film likely won’t change minds. But it is the most vicious film of this year’s crop, and in its viciousness it develops a very distinct voice. I don’t think Tuos works out thematically, but between the visuals and the performances there’s a whole lot to like. Kusina, with its unique presentation, is a little hit-or-miss. It’s also way too long. But in the end, Judy Ann Santos just kills it. And Hiblang Abo doesn’t entirely justify the adaptation, but the four leads are really worth watching. And the shorts always deserve a look.

Fish Out Of Water 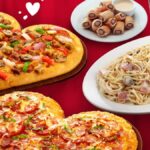 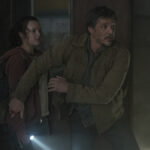