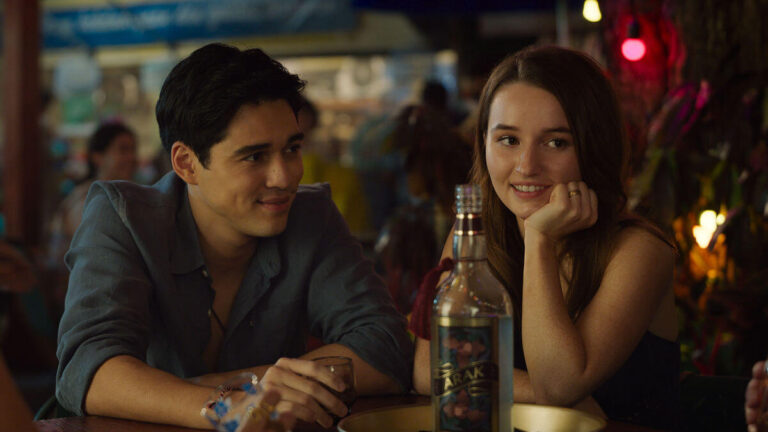 You are cordially invited to a feel-good family romcom, "Ticket to Paradise," starring blockbuster actors Julia Roberts and George Clooney along with Kaitlyn Dever (known for her roles in hit series Unbelievable and Dopesick) and Indonesian actor Maxime Bouttier who makes his Hollywood debut in the movie.

“Ticket to Paradise” is Directed by Ol Parker, George Clooney and Julia Roberts have reunited on-screen as David and Georgia, a divorced couple who seemingly only agree on one thing: their love for their daughter Lily (Dever). So, when Lily meets and falls in love with a seaweed farmer named Gede (Bouttier) on her graduation trip to Bali and tells her parents that she’s going to marry him, there’s only one thing they can do: team up to stop her from making the same mistake they made all those years ago.

With the audience eager for a romcom rebirth, here are 5 reasons why Ticket to Paradise is this year’s cinematic romcom date movie for the family.

·      George and Julia’s warring couple would make one yearn for second chances. Clooney says. “In all the years since he and Georgia divorced, the fire is still there for him, but he’s convinced that Georgia has moved on and that he needs to make peace with that. She has a new boyfriend and a new life without him, and he doesn’t want to risk the hurt of being shut down or making things more complicated than they already are, and more than anything, he doesn’t want to compromise his relationship with his daughter Lily.”

·      George and Julia’s parenting mission is boundless, flying miles and miles while forgetting for a moment they are exes to team up for their daughter’s happiness.  “We’re in a space in the world right now where people want to see something funny and comforting. “The unexpected thing about this movie is that there are various relationships within the family and emotions within the family that audiences will find themselves being moved by,” shares producer Bevan.

·      The scenery, set in Bali (but filmed in Australia due to the pandemic), makes us want to pack our bags for a beach getaway.  Bouttier hopes it will serve as a reminder to tourists about the beauty of Balinese culture. “It’s a very lighthearted script, something we’ve been needing in the world,” Bouttier says. “Ever since COVID hit, Bali’s tourism has faded to a complete halt. Even now, Bali is still struggling to get tourism back, so a movie like this that’s set in Bali in a romcom format will hopefully invite the world back into Bali.”

·      Casting Indonesian actor Maxime Bouttier for the role of Gede is on-point.  Bouttier, in his Hollywood movie debut appreciated that the character was both open-minded and culturally connected to his customs. “Gede works as a seaweed farmer because he knows that it’s a give-and-take deal with nature, and I feel that’s a very Balinese way of life,” Bouttier says.

Ticket To Paradise is from Universal Pictures International that will open nationwide in local cinemas on October 5.