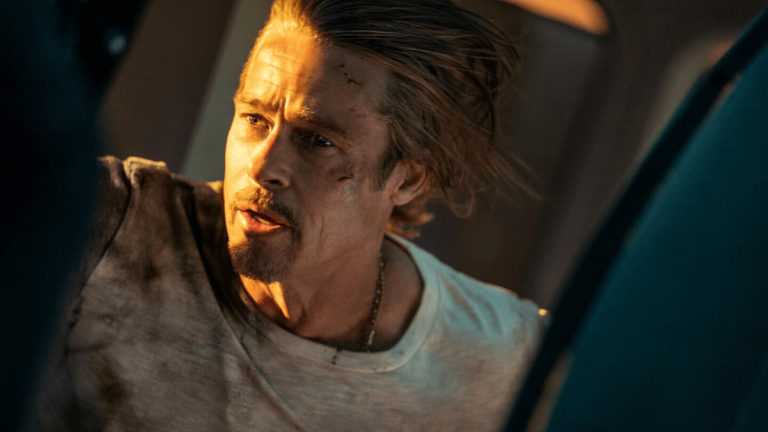 Take a Ride on the Crazy Train: a review of ‘Bullet Train’

I’m very much welcome to this sort of insanity on screen.

I’m not exactly sure what I just saw but I sure as hell had a good time watching it. ‘Bullet Train’ is a flippant action comedy that works on a very stylized, hyper-real world of assassins and very self-aware filmmaking. Director David Leitch throws away character development for a zany, ultra-violent madcap caper of five (or was it six? There are so many in this movie!) assassins with different missions aboard one bullet train in Japan, who discover that their missions are all interconnected.

Taking the lead is Brad Pitt as Ladybug, who has just come out of hiatus to do a “simple job” and is trying to find a new approach to life through the help of a therapist. He discusses all of this with his handler, Maria (voiced by Sandra Bullock). It’s interesting that the lead is a mercenary who has come back to the field as he tries to philosophize and rationalize his actions, whether it’s stealing, assaulting, or even killing the various occupants in the train.

Brad Pitt is in fine form here, oozing with charisma and a dazzling display of physical strength and agility (online, it says he did 95% of his own stunts). He gives the audience someone to root for as each new assassin that is introduced just seems crazier than the last one.

Aaron Taylor-Johnson and Brian Tyree Henry are a pair who has to deliver the son of a Russian gangster and some stolen cash to the final destination of the train in Kyoto. They are a verbose duo, who are as ruthless as they are unintentionally funny. Their dialogue can get a bit much and slow things down at the start but as the action begins to build momentum, everything gets used in the end.

Andrew Koji is a forlorn father, who takes the train to find and kill the man who pushed his son off a building but gets entangled with Joey King’s The Prince, a schoolgirl with a dark past of her own. Koji is an arresting actor and feels under-utilised here, considering the film opens with his story. His character’s struggle would seem one that is likely to bring audiences in but it’s too heavy for the light and comedic tone of the film so it takes a step back as Leitch and screenwriter Zak Olkewicz opts to take the gags and the action.

Also in the film are Bad Bunny, Hiroyuki Sanada, Michael Shannon, Logan Lerman, Zazie Beetz, and some surprising cameos that are fun and just add to the formalist aesthetic of the film. Everyone seems to be having fun here and it makes the whole thing enjoyable even if the film doesn’t take itself too seriously.

There’s no real character arc that’s happening in the movie. Much like Ladybug’s musings, ruminating about fate and coincidence, the film plays out like a farce with no real-world associations. It’s not a satire or a social commentary. It’s not a battle between good and bad. It’s just bad people doing bad things and in what could be a really fun way depending on what you consider fun in movies.

It’s clever both visually and in its scripting. The film jumps into flashbacks to deepen the history of these characters but only when needed and not set up methodically so as to create a sense of build-up. The scenes cut to the next moment where the tension can rise or when we can get the most laughs.

There are 16 cars in the bullet train but the only way for these characters to move is forward or backward, which means there are no places to run or hide. In this way, all the five groups of killers are going to collide at some point and it just gets crazier and crazier as it goes along; all the way to a grand finish that feels like they threw everything and the kitchen sink at us for full effect.

And while ‘Bullet Train’ is narratively thin, it’s a hell of a fun ride. At some point, you realise no one is safe, you can’t take anything seriously, pleasantly surprised by the sudden cameos, and so forth. It’s a kind of irreverence that feels at home in a crazy world where nothing really matters. Maybe five years ago it would have been disappointing as I search for some sort of meaning but now, I’m very much welcome to this sort of insanity on screen.

Now I’m really curious about the novel that the film is based on by Kotaro Isaka. 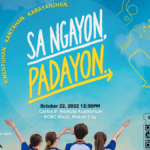 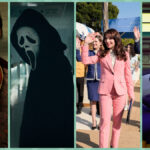