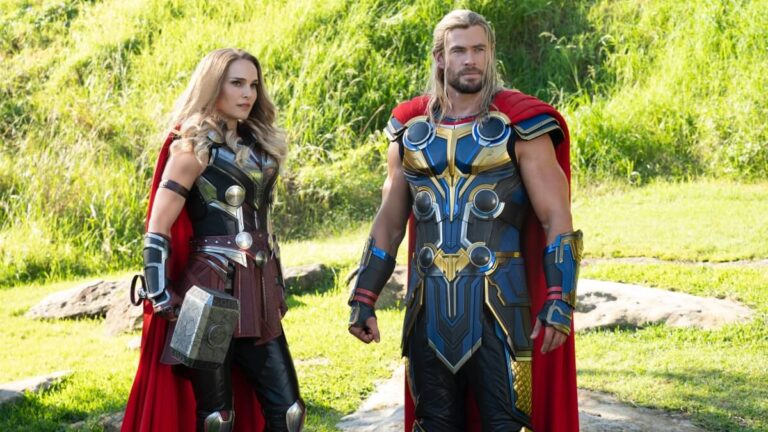 The Thor: Love and Thunder cast and creators talk about how this fourth standalone movie for Thor happened, the aesthetic behind the song choices, and more.

Directed by Taika Waititi, Thor: Love and Thunder is the direct sequel to the 2017 film Thor: Ragnarok and the 29th film in the Marvel Cinematic Universe. Unlike Doctor Strange 2 which was released prior this film, Thor’s fourth standalone movie in the MCU is filled with dance sequences, enchanted weapons, and ’80s rock.

Watch the Thor: Love and Thunder trailer below:

The press conference began with Chris Hemsworth who plays Thor shares that when Taika Waititi got involved, he brought out his immature, young, and adolescent quality that Thor now has, which he didn’t have in the original films. “Embodying this space as a  child would and enjoying all of it and being caught up in  the wonder and the fascination of all of it,” Hemsworth adds.

When asked why Thor is the only character in the MCU to have four solo films in his journey, Marvel Studios’ Kevin Feige says that the viewers respond well to Chris Hemsworth and to everything that he does. He also says that Taika Waititi brings another dimension that was always there with Chris. “For so long, we were thinking on how to make Thor more relatable and more connected to the audience and now that they are with him now, we realized we could go to a part four,” he adds.

Natalie Portman is back in this film as Doctor Jane Foster and as we have seen in the trailers, as Mighty Thor. She recalls what it was like wearing Chris’ costume which she has seen him wear all these years. “Trying the version on myself and getting fitted for all the arm cuffs, boots, and everything else was pretty surreal for the first time.”

Moving on to Gorr The God Butcher, Christian Bale shares that what everyone was looking for in Chris Hemsworth, they looked for the polar opposite for his character. “Someone not relatable, a bit of a loner, creepy, and someone no one wants to be around,” he shares. He also says that it’s a lot easier to play a villain than it is a hero. “The beauty of it is that Taika [Waititi] can make it bloody hilarious and then really moving in this story. I don’t know if it’s pushing it too much to say sympathy, but you sort of understand why this guy is making awful decisions.”

Valkyrie began his journey as a scavenger and now she is the King of New Asgard. Tessa Thompson looks back at what Stan Lee talked a lot about before that whether it’s a villain or a hero, there’s something that connects them to their power. “It was really fun to both try to inhabit the spirit and the kind of physicality that it takes to be a hero.” Valkyrie was a professional soldier for thousands of years and now finds herself kind of stuck in bureaucracy. “She’s really missing being on the battlefield and missing her sisters, so it’s been great to get to have that again with Natalie in particular as Mighty Thor,” she adds.

Soundtrack-wise, there are plenty of Guns N’ Roses in the film. Director Taika Waititi reveals that it has always been a dream of his and jokes that they wanted to spend as much money as they possibly could on some songs. “The whole aesthetic around the film was for it to be this bombastic, loud, colorful palette, which kind of reflected, like, spray painted panel vans in  the eighties and rock album covers.” And boy, did they deliver. “Even the title treatment for the film, it’s the kind of thing I would’ve drawn on my school book in class when I wasn’t listening,” he quips. 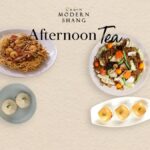 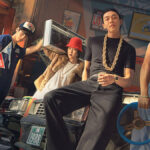