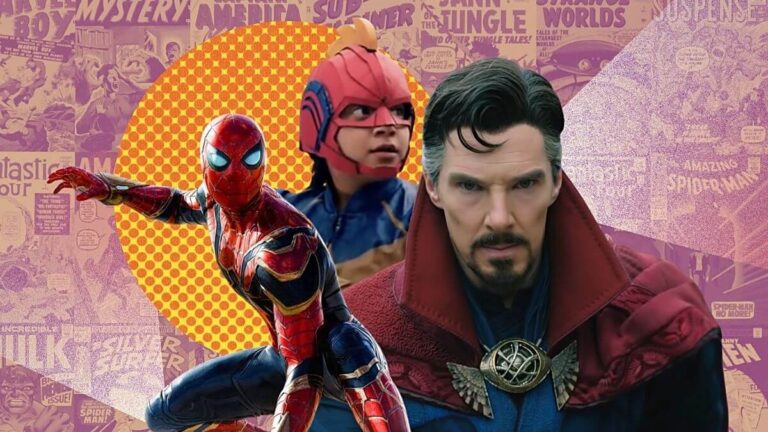 Here's a list of MCU films and series that will be released this year!

With the release of Spider-Man: No Way Home, the Marvel Cinematic Universe has cracked the multiverse wide open, further expanding the roster of Marvel superheroes and villains coming to the big screen! While we still have to wait a bit longer for Spidey’s new film to arrive here in the Philippines, we Pinoy fans will surely be looking forward to the future of the MCU beyond No Way Home, now that their cinematic world is expanding faster than ever.

If you’re wondering which Marvel movies will be heading to Philippine cinemas and which Marvel shows will be premiering on Disney+ (hopefully arriving here soon!) this 2022, we’ve got you covered! Here’s a list of MCU films and series that will be released this year.

After the world discovers his identity, Peter Parker seeks the help of Doctor Strange to make people forget about him being Spider-Man. But Strange’s spell creates a hole in their world, unleashing Spider-Man villains from different parts of the multiverse, such as Doctor Octopus, Green Goblin, Electro, and more!

Doctor Strange in The Multiverse of Madness (May 4)

After the events of No Way Home, Strange sets out on a journey to learn more about the multiverse with the help of Wanda Maximoff, aka the Scarlet Witch. The trailer also reveals the return of Baron Mordo, who declares that the greatest threat to the universe is Strange, before unveiling an evil variant of the Sorcerer Supreme.

The official synopsis for the fourth Thor film is yet to be revealed, but it has been confirmed that Natalie Portman’s Jane Foster will return and even wield Mjolnir as Lady Thor. Fans will remember that in Avengers: Endgame, Thor redeemed the Mjolnir using time travel and shared it with Captain America while he wielded the Stormbreaker in their final fight against Thanos.

"That’s a wrap on Thor Love and Thunder, it’s also national don’t flex day so I thought this super relaxed photo was appropriate… Lots of love, lots of thunder!" (via @chrishemsworth on Instagram) pic.twitter.com/sVblCZ4VnC

Details are still scarce about the sequel of Black Panther. After the passing of its lead actor Chadwick Boseman in 2020, Marvel has confirmed that T’Challa won’t be recast. While it is yet to be revealed how the story will move forward, rumors have surfaced that Namor of Atlantis will play a key role in Wakanda Forever.

Moon Knight follows Mark Spector, to be played by Oscar Isaac, a mercenary with dissociative identity disorder who is chosen by the Egyptian moon god Khonshu to become the moon’s knight. As the vigilante Moon Knight, Spector protects the people who travel at night.

Tatiana Maslany will play Jennifer Walters, a lawyer who acquires Hulk-like powers after receiving a blood transfusion from her cousin Bruce Banner. Aside from the appearance of Mark Ruffalo as Hulk, Tim Roth has also been confirmed to reprise his role as the big villain, Abomination.

Samuel L. Jackson is back as Nick Fury alongside SHIELD agent Maria Hill in the MCU’s Secret Invasion event. In the comics, the shape-shifting Skrulls have secretly invaded Earth for years, causing mistrust among the Marvel superheroes when the Skrulls deploy an all-out attack.

Samuel L. Jackson is back as Nick Fury and Ben Mendelsohn from Captain Marvel returns as the Skrull Talos in Marvel Studios' Original Series Secret Invasion. Coming to #DisneyPlus. pic.twitter.com/AuInHMuBRW

Iman Vellani is Kamala Khan, a young Pakistani American who is a big fan of the Avengers, particularly Captain Marvel. While she has a hard time fitting in, Kamala must step up and become one of the heroes when she gains superhuman abilities.

The Guardians of the Galaxy Holiday Special (December)

James Gunn returns to direct this holiday special that will be set between Thor: Love and Thunder and Guardians of the Galaxy Vol. 3. Not much has been revealed regarding the special, but it will also head straight to Disney+ during the holiday season.

The Guardians of the Galaxy Holiday Special. James Gunn is back to write and direct.

The Guardians of the Galaxy Holiday Special