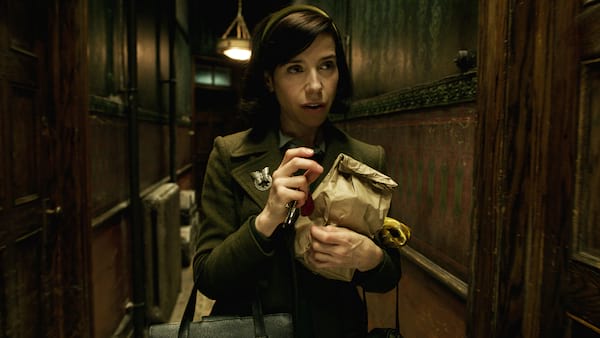 “The Shape of Water” is a fairy tale set in the Cold War era that sees the journey of Elisa (Hawkins), a mute janitress in a highly-secured government facility who connected and fell in love with a marine creature (Jones).  From Elisa’s loneliness and powerlessness, she soon becomes a heroine who takes huge risks, made all the more extraordinary because the role is almost without words.  Rendered mute by a childhood trauma, Elisa communicates in American Sign Language (ASL), but she is able to express herself effusively when she encounters the strange aquatic creature being warehoused in the government lab where she works as a cleaning lady.  Elisa sees none of the creature’s oddities when she sets eyes on the iridescent beauty in chains – to her, he is sheer loneliness and that makes him instantly worthy of her attention. 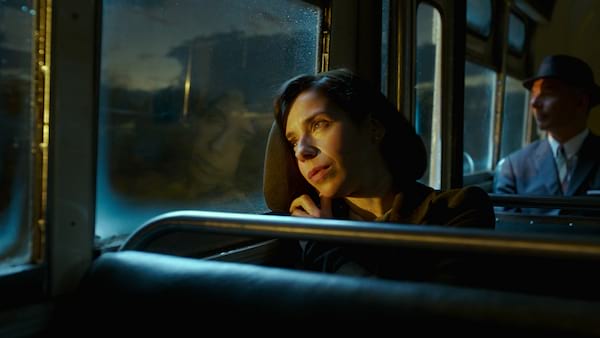 Elisa’s rich and brave interior world comes to life via a luminous performance from Academy Award® nominee Sally Hawkins (Happy-Go-Lucky, Blue Jasmine) that propels the story forward at every turn.  Hawkins knew instantly there has never been and will never be a role quite like Elisa.  “It’s so rare that you get a role that asks you to put it all out there.  Where it’s about unadulterated expression and words are not needed, and you have the freedom to express so much through your eyes, breath and body. That is Elisa.” 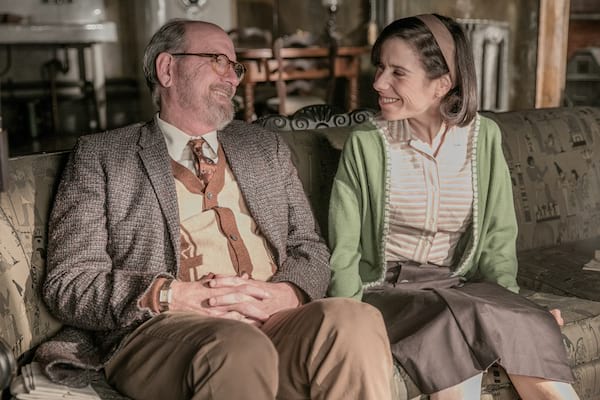 Hawkins was Del Toro’s muse as he was writing. “Elisa is not someone who had a horrible existence until the creature showed up.  She was not leading a glamorous existence by any means but she was content.  I needed someone who evokes that kind of happiness, whose face is able to express every hue without a word. Sally has that kind of unique energy, so that is why I wrote it for her.  Sally is the most genuine, unaffected person and I don’t think she is capable of doing anything that isn’t emotionally real.” 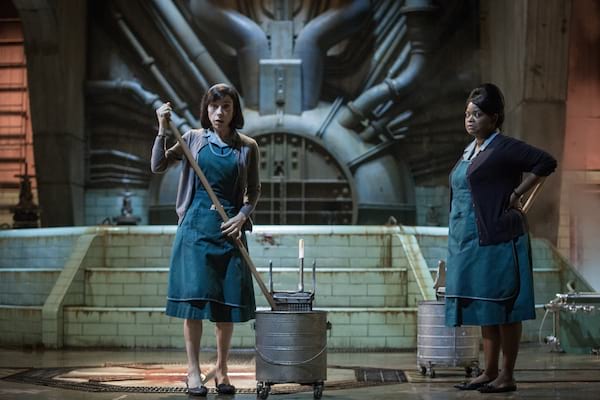 The first read of the script beckoned to Hawkins so powerfully it sparked a few anxieties.  “It was so moving.  It was interestingly familiar to me, yet it was like nothing I’ve encountered.  I felt like Elisa was a deep part of me, or like I knew her in another life.  I also felt it was the ultimate romantic fairy tale.  At first I was convinced that Guillermo had the wrong person for the role,” she confesses.  “It’s the kind of romantic lead I really didn’t ever think I would play, so it’s been a dream gift to me.”

For Hawkins there was no other means to doing so except to dive in to the deep end with full abandon, navigating Elisa’s blooming courage as well as a florid fantasy life that becomes unexpectedly real – with the most unexpected of partners.  Working with Del Toro helped her to let go completely and submerge herself.  “Being Elisa was an incredibly internal kind of journey, but Guillermo is so inclusive and so values your creativity as well, and that he really helped,” Hawkins explains.  “He has such a powerful vision that whatever your fears are, he just takes them away and says ‘let me worry about that.’”

Hawkins had a steep learning curve to begin with.  She began taking ASL classes and dance lessons well before rehearsals began.  She also began feeling out the way Elisa moves, her lightness on the earth.  “To me, it seemed she is always floating, always in a kind of dance, so I wanted to get at that sort of otherworldly feeling in her physical being,” she describes.

“The Shape of Water” opens in cinemas nationwide on February 21 from 20th Century Fox.