The Cultural Center of The Philippines continues its year-long celebration for its 50th anniversary, which has started last September. Having reached its golden anniversary, some may think that the CCP will be having a hard time keeping up with today's quick paced world, but just like how arts and culture prove to be timeless and pliant to its era, the CCP also pushes forward with its envisioned digital future.

During their institutional press conference, CCP's Vice President and Artistic Director Chris Millado shared the institution's lineup of shows and events for the year 2020. Here, he emphasized the CCP's efforts to digitize their content.

The hardbound CCP Encyclopedia for Philippine Art (EPA) is now available for purchase and will soon be available digitally with more updates and larger room for photos, videos, and even interactive material. Planned to be fully-functional on September 8, the EPA will be available through a digital installation of eight 43-inch screens, showcasing a timeline that highlights the overlapping of all Philippine art forms throughout history. At the same time, the website, mobile app, and an offline version will also be launched.

Another highlight for next year is the launch of the Digital Time Capsule which the CCP has teased ever since their year-long anniversary started. Tentatively set to be released the same day as their digital EPA, the time capsule aims to present the 50 years of CCP through content contributions from the employees, artists, and anyone who has participated in the events of CCP.

Slated for next year is their very first CCP Arts and Social Media Festival which will look into the dynamic and hyperactive role of social media when it comes to arts and culture. The one-day festival will be a platform for talks, panel discussions, workshops, performances, and more, all tied together by the said topic. The event is slated to take place on May 27, 2020.

When the 'Ber' months kick in next year, an extravagant 3D light show is planned to brighten up the facade of the CCP. The Luces: Festival of Illuminations is a step up from this year's installation Sinag: Festival of Radiance.

There are also plans to collaborate with commercial cinemas so live shows and performances at the CCP can reach more audiences by streaming it in high definition.

Besides taking these steps for a more digitally-active CCP starting next year, we're still getting that rich lineup of theater plays, music and dance performances, art exhibits, and festivals from the institution. Some of the events that the CCP was excited to share include Triple Threats – Markki Stroem, David Ezra, and Arman Ferrer as well as Dulaang UP's Fuente Ovejuna and the Philippine Madrigal Singers' concerts and tours to name a few. CCP staples like the Cinemalaya Festival, Pasinaya, Virgin Labfest and Extra Virgin Labfest, are also not to miss next year.

The future indeed looks bright for the Cultural Center of The Philippines, and it's a future that arts and culture enthusiasts must be looking forward to. If you want to know more about the upcoming shows and events at the CCP, you can visit their website or follow them on their Facebook and Instagram social media accounts.

Homestream image courtesy of the Cultural Center of the Philippines. 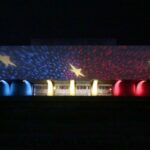 The CCP Main Building glowed with red, blue, and the sun & stars of our national flag. 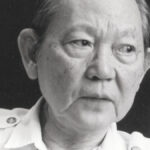 A painter, sculptor and designer for more than 40 years, Luz was given the National Artist Award in 1997. 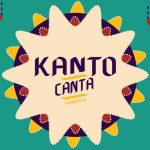 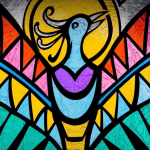 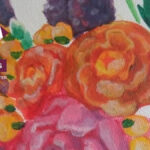 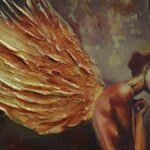 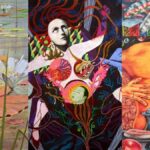 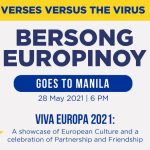