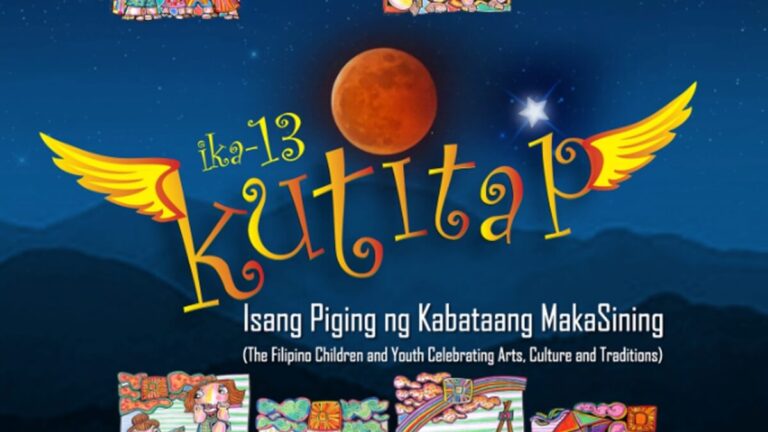 One hundred children and their adult leaders representing various cultural communities all over the country will be gathered for a celebration of arts, culture, and traditions

In celebration of the 2022 National Children’s Month and National Indigenous Peoples’ Month, the Cultural Center of the Philippines (CCP) through its Cultural Exchange Department (CED) in partnership with the Marikina Culture and Arts Council – Marikina Dance Guild will hold a week-long arts camp under the annual program entitled Kutitap: Isang Piging ng Kabataang Makasining from November 24-28, 2022.

After two years of conducting the camp virtually, Kutitap will finally be implemented face-to-face again but still following the minimum health protocols.  One hundred children and their adult leaders representing various cultural communities all over the country will be gathered for a celebration of arts, culture and traditions.  Now on its 13th year, Kutitap pursues its goals of instilling among the Filipino children and youth a deep sense of understanding, appreciation and pride for Philippine indigenous arts and culture, as well as promote creativity and positive social values.  Kutitap will conduct interactive activities to include mini-workshops and showcases (in dance, drama, music, rituals, visual arts, etc.), storytelling, crafting, traditional games, film viewing, group discussions, creative collaboration, among others.

Since the first gathering in 2009, Kutitap has already reached over 3,164 children from 164 local communities nationwide.  In 2011, the project was redesigned for the benefit of the children in Northern Luzon who were badly affected by typhoons Pedring and Quiel.  For the first time in 2015, Kutitap was brought out of the CCP and was hosted by the City of Batangas.  For the first time too, the program was filmed and presented as part of the Children of Asia research project under the Asian Culture Institute (ACI) in Gwangju, South Korea.  The film made by Kevin K. Park was shown during the opening of the Asia Culture Center (ACC) in Korea.  In 2016, Kutitap was brought to the Visayas under the hosting of the Province of Capiz, in 2017 in Tagum City, in 2018 in Los Baños-Laguna and in 2019 in Koronadal City.

Due to the Covid-19 pandemic, the project migrated online last 2020 and 2021 which adopted the theme “Mga Batang Makasining Para sa Isang Malusog, Mapagmahal, Mapagmalasakit at Masaganang Buhay” (Creative Children for a Healthy, Independent and Progressive Future).  From November 24-27, Kutitap will engage the kids in educational, cultural, creative and other participative activities designed to enable them to learn, understand, and appreciate better the indigenous life, traditions and practices while emphasizing the values of good health, love, compassion and perseverance.  It will also include sessions on indigenous food, games, folktales, music, dance, medicinal plants, film and crafts. 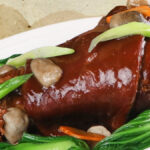