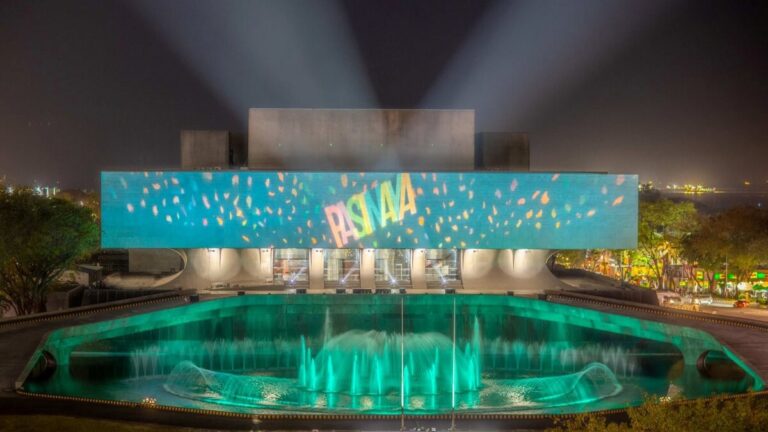 CCP president Arsenio J. Lizaso iterates that the center is a source of pride for all Filipinos, and a showcase of the best of the Philippine arts and cultures. This is why there is a strong need to rehabilitate the CCP.

Turning 53 this year, the main building of the Cultural Center of the Philippines will finally have its long-overdue facelift through a three-year rehabilitation plan starting this year until 2025.

The plan emanated from the building audit done from 2018 to 2019, which became the basis on what needed to be addressed and rehabilitated.

“The building audit diagnosed the extent of the repair needed. The evaluation of the data gathering indicated that there are problems with multiple-site damages such as leaks, corrosion and structural weaknesses brought by water seepage, earthquakes and fatigue. Further, we have to update the Center’s fire protection, environmental protection and other building codes,” shared CCP chairperson Margie Moran-Floirendo.

CCP president Arsenio J. Lizaso iterates that the center is a source of pride for all Filipinos, and a showcase of the best of the Philippine arts and cultures. This is why there is a strong need to rehabilitate the CCP.

“The Filipino audience deserves a national center of culture where they can enjoy the arts in comfortable surroundings redesigned for the times. Our artists need new and better stages and venues to showcase and display their talents and abilities. We need venues that can fit more modern productions, as well as globally-competitive staging facilities and equipment. We need training facilities for our actors, dancers and other performers,” Lizaso said.

The entire project costs approximately Php950 million; Php440M has been earmarked for the first phase, and Php515 for the second phase which will (cover – include) the renovation of the hydraulic pit, the freight elevators, light and sound systems for the theaters.

During Bulawan: The CCP 50th Anniversary Gala, chairperson Moran-Floirendo spearheaded the fund-raising project for the rehabilitation and renovation of its facilities, with BDO Unibank Inc. underwriting the gala concert and donating the first Php1 million.

“We’re hoping for additional fundings from the government so we can include other important elements. We envision that when fully-renovated, the CCP Main Building would last for another 50 years,” said CCP administrative manager Teresa Rances.

The rehabilitation project of the Tanghalang Pambansa (CCP Main Building) begins at the fourth floor, roof deck and the Tanghalang Aurelio Tolentino (CCP Little Theater). Next two years, the plan targets the other floors. Renovation works will continue to the upper and lower basements until 2025.

“The priority right now is the Tanghalang Aurelio Tolentino (CCP Little Theater).  When we installed the new escalators, from the ground to the top floor, we realized that the flooring of the Main Theater lobby escalators is directly connected to the ceiling of the LT backstage. We need to repair the ceiling,” shared Rances.

Based on the plan, the Tanghalang Nicanor Abelardo (CCP Main Theater) will be the last to be rehabilitated, probably starting in 2024. This includes the renovation of the hydraulic orchestra pit, which has not been changed since it was installed in 1969.

The freight elevator, which is often used to bring massive sets, heavy equipment, and musical instruments straight to the theater stage, will also find a new lease in life. Both theaters have flooring problems, and wooden planks on the walls have termite infestations that must be addressed.

The building foundation will have some strengthening works, but its overall condition is still quite stable.

“When CCP was built in 1969, they used good construction materials. Even 50 years later, the building has no major structural problems even with major earthquakes and other natural phenomena we have experienced. We might not be able to see underneath the sea level. There are portals that support the CCP building, we can’t go further than that. There are cracks on walls, but the foundation is still stable,” shared Rances.

The audit report also showed that there was a need to overhaul the electrical lines and the drainage system. The old drainage system has too many corroded metal pipes.

The CCP plans to construct a new outdoor cistern tank at the South Parking area to supply water to the Main Building and the nearby Production Design Center (PDC).  It will also supply water to the Fire Protection System, which will be built side by side with the cistern tank. It will generate water for the sprinklers. Although a foam-type fire system has been installed in areas where artworks are located to protect CCP’s valuable assets.

“Originally, the water source was located at the ASEAN Park. But that became the sewage treatment plant. The CCP worked on it during the pandemic to make sure that clean water goes out to the bay, and whatever we process in the sewage plant can be used to water plants around the complex,” shared Rances.

Currently, the sewage plant is connected to the CCP Main Building and the PDC. This year, the CCP intends to connect the Tanghalang Ignacio Gimenez (CCP Black Box Theater) and the Finance/Administrative Building to the plants.

A new electrical line has been installed, running from Buendia to CCP, passing through the Liwasang Kalikasan and the Power Center before connecting to Black Box Theater.

“Some of these renovations have been done at the height of the COVID-19 pandemic. We have started upgrading our mechanical, electrical, plumbing and fire system. We will also start the structural retrofitting. We start with what we can with the budget that we have,” said Rances.

Some works that have been done included: changing the centralized air-conditioning system from a single 350-capacity unit to six units of 60-ton cooling units. Glass window panels were replaced, as well as carpets and marble trims.

The fountain has been refurbished. Nozzles and fixtures were repaired, and lights were replaced with LED lights. The chandeliers have undergone rehabilitation too.

“We were lucky to be able to tap the same companies that designed and built the fountain and chandeliers in 1969. When we bid out the fountain renovation, the daughter of the original designer sent their proposal. It was the same with the chandeliers,” shared Rances.

The rehabilitation plan takes into consideration the current environmental conditions, including the effects of Climate Change. Take for instance, the two major power banks, as well as the generator, have been transferred from the lower basement to the new Power Center in the South Parking area.

“Because of the Climate Change, the surge of water is quite different now. There was a time when establishments around the complex and along Roxas Boulevard were flooded due to a typhoon. The lower basement is already below sea level, and we anticipate that the water could surge in, reach the power banks and might cause an explosion. By bringing them out, we hope to prevent that kind of problem in the future,” shared Rances.

The materials used for the rehabilitation – from the kind of waterproofing, the replacements for the corroded parts, the type of cement, among others – have been studied and considered to adapt to the current climate.

“We move slowly but surely. Every detail is being studied, from the materials down to the work itself. We look for the best possible options. Being by the bay in reclaimed lands needs a thorough consideration,” said Rances.

The project is made possible through the CCP Board of Trustees through the Ad-Hoc Committee on Renovations which is led by trustees Stanley Seludo and Marivic del Pilar, and the Office of the CCP President. The Administration Services Department (ASD) will oversee the whole project, and work with project management firm Oscar R. Ruivivar and Associates and construction company Vista Green Builders.

The Center has been blessed to have its own engineering team who undertakes the responsibility to bring the building to its former glory.

“Our engineers regularly monitor the health of an ageing structure, and we are fortunate that we have an excellent in-house team, project managers, and the contractor who won the bid,” said Moran-Floirendo.

The CCP makes sure that it remains true to the original blueprint designed by National Artist Leandro Locsin, hoping to preserve it to the extent possible.

While the rehabilitation is underway, the Center plans to document the process and share it to the community, particularly the architecture students, through various platforms.

This can be used as a reference on rehabilitation of architectural heritage buildings and other cultural sites in the country. It can help in the studies on how architectural designs are affected by topography and Climate Change. There will be interesting things for architects, construction companies and students.

Lizaso hopes that once the rehabilitation has been done, the new CCP complex will become a tourist destination, drawing people from all over the Philippines and the world. It will then become self-sustaining, and will no longer need big government financial subsidies.

“In the end, we aim to be at par with theaters worldwide, in terms of technology, space and content. A country’s theater is a landmark. The CCP is the home of the Filipino artists, and it should be a tourist destination. For the artists and cultural workers, the wish list is long. Work and rehearsal spaces are needed. But with the rehabilitated building, we can be at least assured that the structural health of the building will last fifty more years,” concluded Moran-Floirendo.