Set immediately after the events of the first film, Incredibles 2 centers on Helen Parr a.k.a. Elastigirl who is called to gather the Supers once again. Meanwhile, Bob (Mr. Incredible) lives a heroic life at home, spending time with the kids, especially with Jack-Jack who is yet to discover his powers. When a new villain named Underminer arises, the Parrs must work together again with Frozone to stop him from his dangerous plot.

The wait has just been too long, so if you need a quick refresher on who's who and what they can do, we're giving you a rundown of your favorite Supers!

The head of the Parr family, Bob Parr a.k.a. Mr. Incredible used to be the ultimate superhero with his super strength. He also has enhanced durability, enabling him to withstand most type of attacks and defeat the bad guys single-handedly. In the sequel, he is set to take on the role of the heroic dad, living a "normal" life and looking after the family's youngest.

Helen Parr is Elastigirl and is Mr. Incredible's better half. She can stretch and bend her body in different shapes and forms, even turn herself into a parachute when she saves her kids from danger. She's mother to Violet, Dash, and Jack-Jack, and she makes sure that she's there to always protect them.

Now that a new villain is arising, Elastigirl will be taking on the spotlight and lead the fight against him. She is voiced by Holly Hunter.

The eldest of Bob and Helen's children, Violet Parr has the ability to become partly or completely invisible which is actually perfect for a shy and quiet girl like her. She can also generate a force field around her, enabling her to protect the family from the bad guys. While she might always seem aloof, gloomy, and annoyed of her younger brother, she is still strongly protective of him and the family in general.

Violet is voiced by Sarah Vowell.

Dash is the middle Parr child, and – like his name – has the ability to move at super speed, fast enough for him to run on the surface of water. Although his mother tells him to supress his powers, but his playful nature often gets himself in trouble.

Huck Milner lends his voice to Dash for the sequel, as Spencer Fox' (who voiced for the first film) voice got too deep for the 10-year old character.

Jack Jack is the youngest of the Parr children, and he makes anyone smile with his cuteness. At one year old, he didn't seem to show any special abilities – at least nothing that his parents saw. Being the jack-of-all-trades that he is, this baby has laser vision, superhuman strength, and the ability to shapeshift, teleport, levitate, phase, and turn himself into a little monster!

While he's not really part of the family, Lucius Best might still be considered as one especially since he's Mr. Incredible's best friend and closest ally. He has the ability to turn the water in the air into molecule. However, he can only do so when he's not dehydrated.

Although she does not have any superpower, Edna Mode is an important person to the Parrs as she was the one who designed Bob and the rest of the family's suits. Her only rule? NO CAPES.

Directed by Brad Bird, Incredibles 2 opens in cinemas on June 14. For the screening schedule, you may check out this link.

And What Is a Hero?: A Review of 'Incredibles 2'

Loaded with great dialogue, hilarious moments, thrilling action, and heartwarming scenes, ‘Incredibles 2’ is a dense work of superhero fiction that goes deep into today’s issues and explores the true meaning of heroism.

The animated superhero film bested the record established in 2016 by “Finding Dory” at P101.7-M.

Mr. Incredible, Super Husband and Dad as Ever in Disney-Pixar's "Incredible 2"

This Father’s Day, let’s celebrate one of the most beloved dads in animation history -- Bob Parr aka Mr. Incredible.

Discover the world of Pixar and find out more about the highly anticipated 'Incredibles' sequel (14 years in the making!) in this interview with Imagire.

Helen Parr, known in the Super world as Elastigirl (voiced by Holly Hunter), hung up her supersuit to raise the family with husband Bob, leaving their crime-fighting days behind them.

Jack-Jack Powers Up in Disney-Pixar's "Incredibles 2"

Jack-Jack Parr, the baby of the family in Disney-Pixar’s new action-adventure “Incredibles 2”, likes to sit back with a bottle and a good story.

The Family of Super Heroes Return in "Incredibles 2"

As Disney-Pixar’s “The Incredibles” adventure came to an edge-of-your-seat finale, Syndrome was foiled—thanks to baby Jack-Jack and an ill-advised cape—and his jet exploded into a firey ball, destroying the Parr family home.

WATCH: Suit Up for the New Trailer of "Incredibles 2"

It’s time to suit up and be incredible! Check-out the brand new trailer for Disney-Pixar’s Incredibles 2, which has just been launched by Disney-Pixar

It's time to get back to being Incredible! Watch the brand new trailer for Disney/Pixar's Incredibles 2, which has just been launched by Disney-Pixar

Watch the new trailer for Disney/Pixar's "Incredibles 2" which has just been launched by Disney-Pixar here at ClickTheCity. 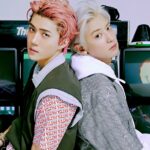 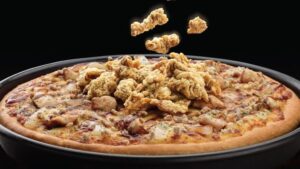