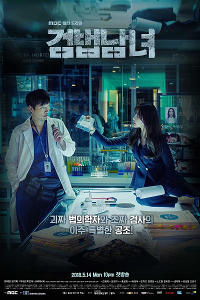 About a forensic doctor and prosecutor who work together to solve cases.

[About:]
Partners for Justice is a 2018 South Korean television series starring Jung Jae-young and Jeong Yu-mi. The first series aired on MBC in May 2018 on Mondays and Tuesdays at 22:00 (KST) time slot. In October 2018, MBC announced that it was renewed for a second season, which premiered in 2019. Kang Seung-hyun and No Min-woo were announced as second series leads. It aired on MBC from June 3 to July 29, 2019.