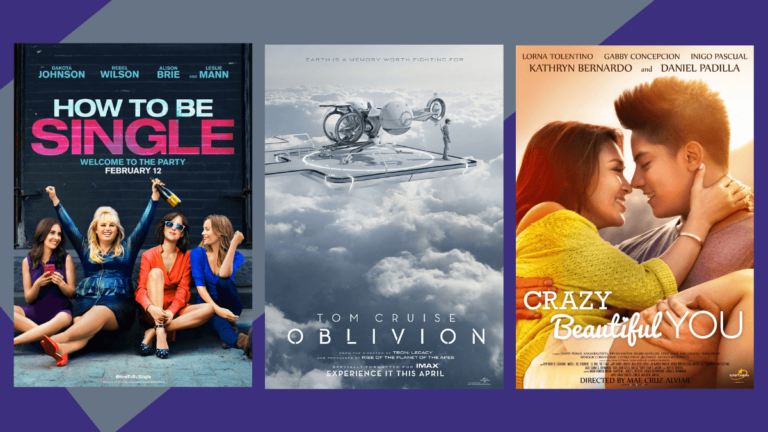 Isn’t it a bummer when you see your favorite movie already playing halfway through when you turn on the TV? Fret not! From rom-com and action to horror and thriller, we’re giving you a heads up on all the must-watch movies on TV from June 28 to July 4, 2021.

Snow White and The Huntsman
(7:55pm, HBO)
Snow White grows up imprisoned by her evil stepmother, Queen Ravenna, a powerful sorceress. After Snow White escapes into the forest, Ravenna tells Eric, the Huntsman, that she will bring back his dead wife if he captures Snow White.

A Second Chance
(9pm, Cinema One)
After their storybook wedding, Popoy and Basha find married life, and starting a business, more challenging than they ever imagined.

Ang Dalawang Mrs. Reyes
(9pm, Cinema One)
Devoted wives Lianne and Cindy gets cheated on by their husbands who turn out to be gay.

Cast Away
(9pm, FOX Movies)
After a deadly plane crash, Chuck Nolan finds himself marooned on a desolate island. With no way to escape, Chuck must find ways to survive in his new home.

Snakes On A Plane
(10pm, Cinemax)
Sean Jones, a witness, is on a flight to LA to testify against a mob boss, Eddie Kim. However, Flynn, the FBI agent accompanying Sean, must save the passengers from a disaster.

Paradise Hills
(4:40pm, FOX Movies)
Young women must band together to escape from a seemingly idyllic island that holds a sinister secret.

Jack Reacher
(6:50pm, HBO)
When a former US Army sniper, James Barr, is accused of killing five people, Jack Reacher, a former Military Police officer, takes it upon himself to investigate the case.

How To Be Single
(7pm, FOX Movies)
After four years of college, young Alice decides she needs a break from her long-term boyfriend Josh. Excited and ready for new challenges, the eager grad moves to New York to take a job as a paralegal. Helping her navigate her way through an unfamiliar city is Robin, a fun-loving, wild co-worker who enjoys partying and one-night stands.

Batman Begins
(7:40pm, Cinemax)
After witnessing his parents’ death, Bruce learns the art of fighting to confront injustice. When he returns to Gotham as Batman, he must stop a secret society that intends to destroy the city.

Anna
(2:05pm, Cinemax)
Beneath a Russian woman’s striking beauty lies a hidden secret that will unleash her indelible strength and skill and lead to her becoming one of the most feared assassins on the planet.

Fast & Furious: Hobbs & Shaw
(6:50pm, HBO)
US agent Luke Hobbs and British mercenary Deckard Shaw are forced to put their rivalry side and work together to stop a genetically enhanced supervillain.

Star Trek
(9pm, FOX Movies)
James Kirk, a brash young man, and Spock, an alien with human and Vulcan blood, join the crew of the USS Enterprise to combat Nero, a member of the Romulan race who wants to destroy multiple planets.

Jumanji: Welcome To The Jungle
(5:05pm, HBO)
When four students play with a magical video game, they are drawn to the jungle world of Jumanji, where they are trapped as their avatars. To return to the real world, they must finish the game.

Crazy Beautiful You
(7pm, Cinema One)
Jackie is taken on a medical mission to calm her rebellious spirit. When she arrives she meets Kiko, and the two discover something crazy and beautiful together.

22 Jump Street
(7pm, FOX Movies)
Schmidt and Jenko, two undercover cops, are sent on a mission to a college to investigate the use of a recreational drug known as WHYPHY. Their bond is tested when Schmidt befriends a girl, Maya.

Oblivion
(10:40am, HBO)
Jack Harper, a drone repairman stationed on Earth that has been ravaged by war with extraterrestrials, questions his identity after rescuing the woman who keeps appearing in his dreams.

The Breakup Playlist
(7:15pm, PBO)
A story about an aspiring professional singer and a rock singer who collaborates in a song. As they work on their song, they start to develop feelings for each other.

Spider-Man: Homecoming
(10:30pm, HBO)
Peter Parker tries to stop the Vulture from selling weapons made with advanced Chitauri technology while trying to balance his life as an ordinary high school student. 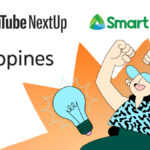 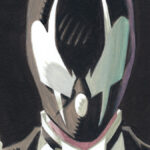