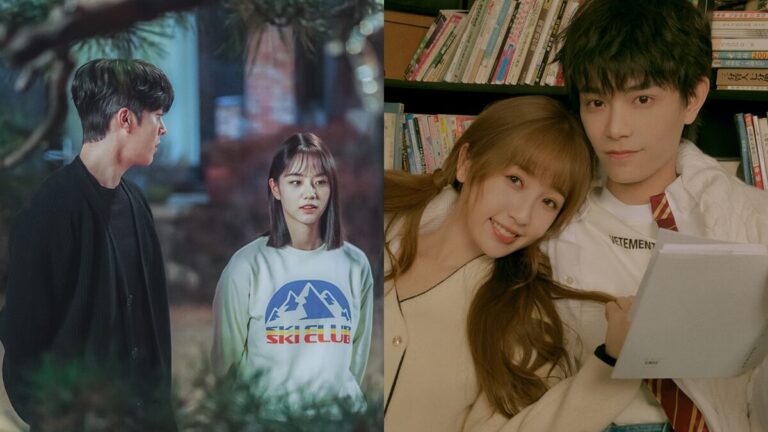 Mirroring the real and reel of one’s dreams, these young-adult dramas (K-drama and C-drama) from iQiyi take us through the journey of interesting relatable characters such as the  highly-popular idol, an idol trainee, an independent graduating college student, a newbie editor, an elusive author, a disheartened artist and fresh talents who must fight against a twisted established system.

Raise your hands if you can relate! From the home of beloved Asian content, catch these modern-day dramas on pursuing one’s dreams – almost always coupled with challenges with unforgettable fun moments along the way until we all get to be where we aspire to be and be with someone we’re meant to be.

Adapted from the popular webcomic of the same name, “Imitation” tells the story of South Korean idols who have real dreams and strive hard in the highly competitive idol era.  Starring multi—talented actors that include Jung Ji-so (best known for her role in the highly-acclaimed “Parasite” as the daughter of the wealthy Park family who develops a crush on Choi Woo Shik’s character), Lee Jun-Young (K-pop idol from U-KISS), Jeong Yun-Ho (K-pop idol from Ateez) and Park Ji-yeon (singer from K-pop girl group T-ara).  Ma-ha (Jung Ji-so) is an idol trainee who lost her chance to shine and is given a second chance, Ryok Kwon (Lee-Jun Young) is the leader of the popular idol boy group Shax, Lee Yu-Jin (Jeong Yun-ho) is an idol trainee and friend of Ma-ha and La Rima (Park Ji-Yeon) is a superstar singer – together they traverse the complicated world of the entertainment industry trying to make it to the top amidst blossoming friendship and romance.

My Roommate is a Gumiho (K-drama)
iQiyi Original & exclusive

From the producers of uber-kilig romantic classic “What’s Wrong with Secretary Kim” comes “My Roommate is a Gumiho,” adapted from a webtoon starring K-pop idol and actress Lee Hye-ri opposite the multi-faceted Jang Ki-Yong.  Shin Woo Yeo (Ki-Yong) is a handsome and smart professor but he’s also a 999 year old nine-tailed fox (gumiho). In order to become a human, he needs to collect enough human energy in his fox bead. Lee Dam (Hye-ri) is a college student who has never dated before. One day, after an incident, Woo Yeo’s precious fox bead ends up in Lee Dam’s body. The fox bead can only exist in a human body for 1 year before it destroys the human. Woo Yeo suggests they live together to figure out a solution and an unexpected cohabitation begins.

Fan-favorite from Produce 101 Season 2 and from K-pop boy group Wanna One, Park Ji-Hoon and The Boyz’ vocalist Kim Young Hoon star along with Lee Ruby (notable for her recent role in Memorist) in this hilarious romcom about love at first sight but soon find themselves in a rollercoaster of emotions and circumstances as they get to know each other more.

At a Distance, The Spring is Green (K-drama)
iQiyi exclusive

A story about young people in their early twenties and the problems they face in university. Nam Soo Hyun and Yeon Joo, two boys with contrasting personalities, unexpectedly become friends when they work on a project together. Starring Park Ji Hoon, Kang Min Ah and Bae In Hyuk.  The series stars Park Ji Hoon (Wanna One member whose albums and singles rose to top of the charts), Kang Min-ah (known for her latest role in the hit series “True Beauty”), Bae In-hyuk (My Roommate is a Gumiho) and Kwon Eun-bin, an idol and actress who’s a member of the girl group CLC.

Chinese girl group member from THE9 and actress Esther Yu stars opposite Chinese actor Ryan Ding (best known for his role in the hit series “The Romance of Tiger and Rose”) in Moonlight, where they team together as newbie editor Chu Li (Yu), a fresh Finance major graduate but has a passion for publishing and popular yet elusive author Zhou Chuan (Ding).  Unbeknownst to them, they have been online friends for quite a while and it’s only a matter of time before the truth is revealed as Chu Li braves the world of publishing industry while discovering authors with her unique vision.

Currently a hit among viewers with its reversal of roles, it’s the girls who are out on a mission to save the boys this time! Love Crossed follows a group of boys in an AR romance simulator game that created “Love Boys”, a group of perfect characters known as the Y4, which consists of Lu Xiao, Su Lie, Xu Nian, and Luo Ke. But in reality, the characters are created based on data collected by Yaoyu Inc. from the real-life idol group G4. Unlike their virtual counterpart, G4 is a group full of flaws, not to mention they are unbelievably dense when it comes to love. When a girl named Jiang Kele, and her friend Guan Qian Ya stumbled upon the dark conspiracy and secrets behind the success of “Love Boys”, it inspired the G4 to fight against the system but things are not as easy as they thought it would be.

Xu Lu, who came to prominence with her role in “Empresses in the Palace” star in “Love Scenery” opposite Lin Yi, who also catapulted to fame from his previous role in “Put Your Head on My Shoulder.”  In “Love Scenery,” Xu Lu plays an idol singer who shines brightly on the stage turns out to have the gaming skills of an elementary school student. Meanwhile, Lu Jing (Lin Yi) a smart and handsome university student immerses in the game, not knowing that his beloved idol is on the other side of the screen. Through interlaced time and space, an online crush turns into a budding love.

Genre-breaking Given is an anime on the two male leads’ bond and affection when Ritsuka Uenoyama started to lose interest in his passions such as basketball and playing the guitar. Ritsuka eventually encounters Mafuyu Sato whose guitar strings got broken, Ritsuka then suggests to have it replaced.  From the fateful meeting, the two boys develop an unbreakable bond that uplifts each other on continuing their passion for music.

At a Distance, Spring Is Green