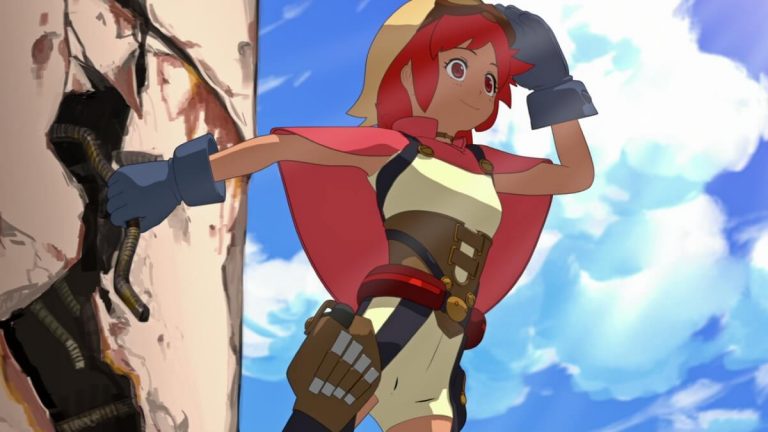 We had the chance to interview Eden's director Yasuhiro Irie and its creator Justin Leach.

Netflix’s first original Japanese anime, Eden, is finally coming to the streaming platform this May 27!

The four-episode anime series follows a story set thousands of years in the future. In a world where robots have taken over to take care of the planet, humans have become a forbidden ancient myth. That is until a pair of robots accidentally awakens a baby human girl named Sara.

To avoid being reprogrammed by the robot Zero who believes all memories of humans must be destroyed, the two robots seek a safe haven outside their city of Eden 3 to secretly raise the innocent child.

This new series is directed by Yasuhiro Irie, best known for his work on Fullmetal Alchemist: Brotherhood, and is produced and created by Justin Leach who has worked on Star Wars: The Clone Wars and Ghost in the Shell 2: Innocence.

Unlike most anime series we know, Eden wraps up its first season in just four 25-minute episodes, which is even shorter than your average short anime series. According to its creator and producer, Justin Leach, they initially structured the project into a film, but then opted to turn it into a short series instead.

“I guess that was the sort of format that we’re used to working in and that’s why we decided to make it four episodes,” Leach shared during an interview with the Philippine press.

Director Yasuhiro Irie also shared this sentiment, saying each episode was almost like working on a Japanese TV series– a format that is his forte.

“I knew how to make an arc within the episode, how to have a cliffhanger so that you would want to watch the next episode, and so I was able to bring my experiences from that.”

Leach also said that presenting it as a series will allow them to expand more on the world of Eden if the future calls for it.

“The world is designed [so that we would] be able to tell more stories. For example, there’s an Eden 2 that we never talked about, but there’s actually a story and there’s an event that’s happened there so if the fans want more, then we have more stories to tell.” Leach said.

A world where robots oversee nature

EDEN is set in a future where robots rule the Earth and humanity is just part of the past. But this is no Terminator kind of future where the machines are merely weapons of mass destruction. In fact, the robots are peacefully taking care of the planet and were able to reverse the dire effects on nature humans have inflicted upon the Earth ages ago.

Leach said that the idea for Eden had been in his head since 23 years ago, just after he graduated from college.

“At the time we were just talking about environmental issues and so I was kind of thinking about what might happen in the future,” recalled Leach. “And I also posed interesting ideas to see humans as extinct and how the world would look like if we were no longer here and if robots were taking care of things, so that was kind of my initial inspiration.”

Finding family among the machines

You’d think this world of machines would be cold and bleak, but not Eden. We see firsthand how humanlike most of the robots’ behaviors are, especially the two robots, E92 and A37, that discovered and raised Sara. While being rigid machines, these characters can also express joy and sadness in their own ways.

“With the robots, when we wanted to convey their emotions, I thought that everything started with Sara’s emotions,” says director Irie. “So that was the first thing that we needed to convey to the audience– what Sara is feeling in that moment– because the robots will be reacting to Sara.

“It’s the mutual communication between them which I felt needed to be portrayed in detail and I felt that it was very important to deliver that to the audience’s heart.”

Leach also expressed how he would like to explore more of Sara’s childhood with her robot adoptive parents if he’s given the chance.

“If I was able to make a couple of more episodes I probably would have focused a little bit more on Sara and the robots raising her. And continue to build and grow their emotional connections,” the producer explained.

The battle between Sara and Zero

At the center of the story is a conflict between Sara’s dream and one robot’s ideals. Sara of course, seeks to revive humanity, but for the robot Zero, this would only bring harm to the world once more.

“I like building villains that you can feel sympathetic for, that you might actually agree with in some ways,” says creator Justin Leach about Zero. “I wanted more complexity as to why someone does something and I think it’s more interesting if you can, in some ways, understand why the villain would do what he did. It’s interesting because at first, I didn’t really think about that very much, but as [the story] kind of developed, and in the times that we live in now, that question sort of became more in the forefront of the story.”

“It seems like we’re living in an unsure time of what might happen based on our actions [toward] the environment so I think people might ask the same question and wonder if he’s actually right.” Added Leach.

Director Irie also expressed his sentiments on Zero: “Right now, I don’t share Zero’s thoughts but when I was in my teens, when I was still a student, when I was pondering the relationship between humanity and nature, I felt that humanity did have a bad influence on the world, on our nature, and I felt very sad about that. Right now though, I feel that there are ways that we can resolve this so I feel more hopeful and my hope is that people would watch EDEN and look at this character as somebody that we don’t want to be.”

And this hope from the director is well represented by Zero’s adversary and the show’s heroine, Sara. She “symbolizes hope and the good side of humanity. That we can turn things around,” Leach described the bubbly girl.

Director Irie wishes that the protagonist’s positive outlook will extend to the viewers, especially with a pandemic in our midst.

“[Sara] whatever the challenging situation she’s in, continues to step forward. She never loses positivity. There’s a better her that she wants to be. There’s a world that she hopes is shaped in a certain way. She believes that and she continues to take steps forward. And I wanted that emotion to be received by the viewers, especially in where we are now globally. I hope that comes as a support to many people. If that happens I’ll be very happy. Saying all of that though, [EDEN is still] a piece of entertainment so I do hope that you, first and foremost, enjoy it.”

You can enjoy watching Eden on Netflix starting this May 27. The anime series is produced by studios Qubic Pictures and CGCG. Its character design is by Cowboy Bebop‘s Toshihiro Kawamoto, concept design is by Christophe Ferreira, and the script is penned by Kimiko Ueno.