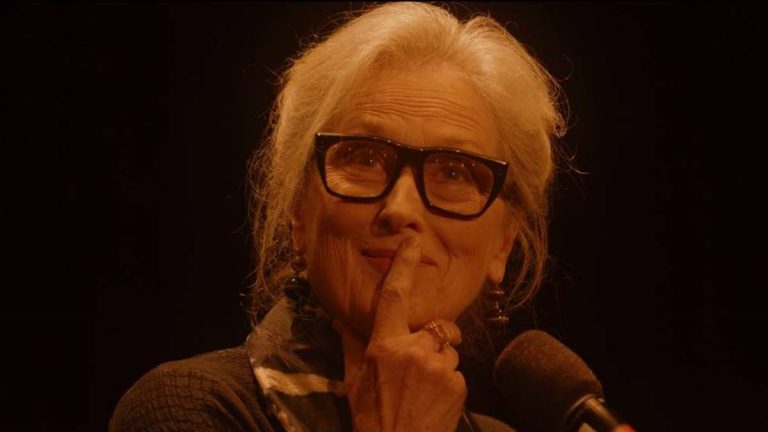 Directed by Academy Award winner Steven Soderbergh, the HBO Max Original feature film Let Them All Talk features an all-star cast including Meryl Streep, Candice Bergen, Gemma Chan, Lucas Hedges and Dianne Wiest. Let Them All Talk, which premieres on Saturday, 22 May at 9pm exclusively on HBO GO and HBO, follows a celebrated author (Streep) who boards an ocean liner with old friends (Bergen and Wiest) to have some fun and heal old wounds. Her nephew (Hedges) comes along to wrangle the ladies as well as her new literary agent (Chan).

Oscar®, Emmy®, and Golden Globe® winner, Meryl Streep (HBO’s “Big Little Lies”, “The Iron Lady”), plays the withholding and lofty novelist, Alice Hughes, whose career success has made her a stranger to her oldest friends and she tries to restore the bond she once had with her college mates. Emmy® winner and Oscar® nominee Candice Bergen (“Murphy Brown”, “Miss Congeniality”) plays Roberta, who accepts Alice’s invitation in search of compensation for the havoc Alice’s most famous novel wreaked on her life. Oscar®, Emmy®, and Golden Globe® winner Dianne Wiest (“Hannah and Her Sisters”, “Bullets Over Broadway”) plays Susan, who works with incarcerated women and is ostensibly the most diplomatic and sensitive of the group. As the women reminisce and air old grievances with banter and bite, Alice harbours serious doubts about her much anticipated next manuscript – and keeps the particulars of her personal life close to the chest.

Oscar® and Golden Globe® nominee Lucas Hedges (“Manchester by the Sea”, “Boy Erased”) plays Alice’s awkward, sweet nephew Tyler, who loves and respects his aunt deeply for stepping in as a parental presence in his life. He becomes attached to his aunt’s new literary agent, Karen, played by SAG Award® nominee Gemma Chan (“Crazy Rich Asians”, “Captain Marvel”), who snuck onto the ship to confer with her client. As Karen’s career is on the line, she leans on the enamoured Tyler to help dig for information about her client’s next book.

Stream or download Let Them All Talk on HBO GO. Download the app at the App Store or Play Store on your device. You can also access HBO GO via Cignal, Globe and Skycable or at https://www.hbogoasia.com/. HBO GO can be accessed via Android TV, Apple TV, LG TV and Samsung Smart TV – and comes with AirPlay and Google Cast functionality.

Let Them All Talk