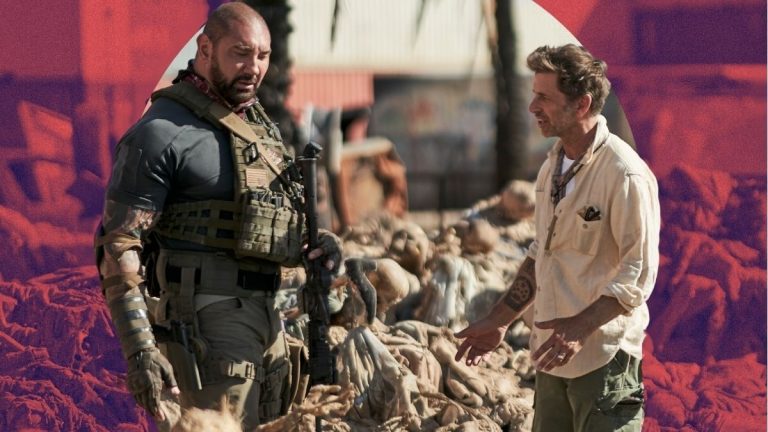 After the successful release of the much-awaited Zack Snyder’s Justice League, Director Snyder’s next big project is arriving on Netflix, and it’s a zombie film and a heist film in one!

Army of the Dead is set in a world where a zombie breakout has ravaged the city of Las Vegas. Former military hero Scott Ward, played by Dave Bautista, is hired to venture into the city and retrieve the contents of a casino’s underground vault. Scott gathers a team of quirky individuals, each having a special skill set of their own, to pull off the great heist hours before the government nukes the place.

In two recent roundtable interviews with the Philippine press, director Zack Snyder and the film’s lead actor Dave Bautista talked about this upcoming zombie heist film. Check out the highlights below.

Snyder’s diverse cast for the crew

The story begins with the casino owner Bly Tanaka giving the soldier-turned-fry-cook Scott Ward a visit and proposing to him the dangerous heist. Scott then proceeds to round up his crew for the mission.

Aside from Bautista, who has Filipino and Greek parents, as the leader of the team, the whole cast of Army of the Dead is also very diverse. According to director Snyder, it was a deliberate move.

“I did want a diverse cast,” said Snyder. “Part of it is because I wanted to do this social commentary about immigration, and especially when we filmed this movie, this sort of vilification of the immigrants and how policies can change and things like that.”

Snyder also mentioned that since confronting social issues is part of the zombie genre, he really wanted to add it to the film.

“That’s how I ended up with such a diverse cast in that way, and also the film takes place in the southwest of America where the border influence is really strong. And also, I just really wanted to be able to represent not only people of color but different countries of origin as well,” added the director.

Dave Bautista is more than just the muscles

Director Zack Snyder found his Scott Ward in Bautista, but not just because of the former wrestler’s physique which covered the action-packed parts of the zombie film.

“The thing about Dave is that he is a big guy, he’s very physical, but he also has this vulnerability. And I needed him to have this kind of sadness and vulnerability and in just talking to him about it, I think that Dave really wanted to do this.” Director Snyder explained.

“It was really that kind of naivete and that innocence, but also that hard persona that really drew me to him. I’ve always been a fan of his, so yeah, it was a pretty quick [choice].”

Meanwhile, Bautista bared that doing these emotional scenes is still the biggest challenge for him.

“I don’t have a theatrical background. I didn’t spend years in drama school, so a lot of my acting is true. I draw from experiences. So sometimes it’s kind of a little painful. It’s not always easy, but it’s also one of those things where like, to me, that’s true performance,” the actor explained.

He also shared how he wanted to go out of that stereotype that’s common to people of his stature.

“Some people would look at my physicality and never expect that you know, I would be a very emotional person which I am, actually. I am a very loving and very emotional person, I’m so Filipino, but it really comes across that I’m a very passionate person. And I want to express that about me because I don’t want to be a stereotypical action hero. I want to be somebody who has a heart because I want people to be able to relate to me and empathize with me.”

The many roles of Snyder

Going back to Snyder, he is more than just a director for this film. Snyder also came up with the story, co-wrote the script, produced the film, and served as the director of photography, requiring him to work on the cameras as well.

“You know, I was the director and cameraman for years in commercials before I started making movies,” shared Snyder. “So that part of the job I was comfortable with but I wasn’t sure how it’s gonna work in a movie, and whether or not it would be too much.

“But it turned out to be a really rewarding and satisfying experience to shoot the movie as well as direct it for a bunch of reasons. And I would say, one of the most satisfying parts was that, because I was operating the camera as well, the actors were just [near me], right? Normally when you make a movie you’re far away with all the TV monitors, and you’re in a chair or in a tent or something. You don’t even know where they are. But this is much more intimate. And I wanted the movie to feel more intimate, and kind of smaller, because I really wanted the character moments and everything to feel really personal. And so I think that it was challenging but in the end, really satisfying.”

Army of the Dead’s Extended Universe

As Snyder shared in an interview with Entertainment Weekly, he got the idea for the film shortly after his acclaimed remake of George A. Romero’s Dawn of the Dead back in 2004. However, the idea languished in development at Warner Bros.

When he pitched it to Netflix’s head of original films Scott Stuber, Snyder quickly got the go signal to make the film. But not only that, Army of the Dead, even before its release, is already getting an animated spinoff and a prequel film!

The animated spinoff titled Army of the Dead: Lost Vegas is produced by Snyder and helmed by Jay Oliva. It is a prequel series that will explore the origin story of Scott Ward and the beginning of the zombie outbreak.

“Jay Oliva is amazing,” Snyder told the press during the recent interview, “I’ve been friends with Jay [and] he has worked on my movies for a long time. Jay and I were just talking about doing an animated thing and I said, ‘Hey, let’s just do a prequel to Army, that seems easy.’ That’s how we sort of decided on anime. And frankly, I think if we didn’t do it animated, the prequel would have cost like $300M because it’s completely bonkers as far as the scale of the thing goes, so thank God we did it animated.”

As for the prequel film, it is titled Army of Thieves with Snyder as executive producer and Matthias Schweighöfer as director and lead actor. It focuses on the backstory of the German Ludwig Dieter, a part of Scott’s crew in Army of the Dead who is tasked to open the giant vault in the movie. Snyder announced last December that filming for the movie has already wrapped up.

“[It] tells the story of the safecracker’s backstory, and why he’s fallen in love with the [vault in the film] and the different safes. You’ll learn all about him. It’s like a romantic comedy, in the same way that our movie mashes up sort of the zombie genre and heist. This is romantic comedy and heist. It’s another sort of deconstruction of genre,” Snyder explained.

Fans of Zack Snyder can really look forward to seeing how the director expands his filmography on the zombie genre. But before everything else, be sure to catch Army of the Dead when it drops on Netflix this May 21!

ALSO READ
Zack Snyder on Making a Zombie Superhero Movie: “That Would Be Fun”
Why Ella Purnell Felt “Uncomfortable” Filming ‘Army of the Dead’ 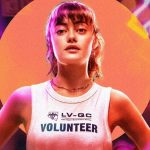 Why Ella Purnell Felt "Uncomfortable" Filming 'Army of the Dead' 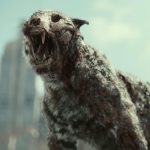