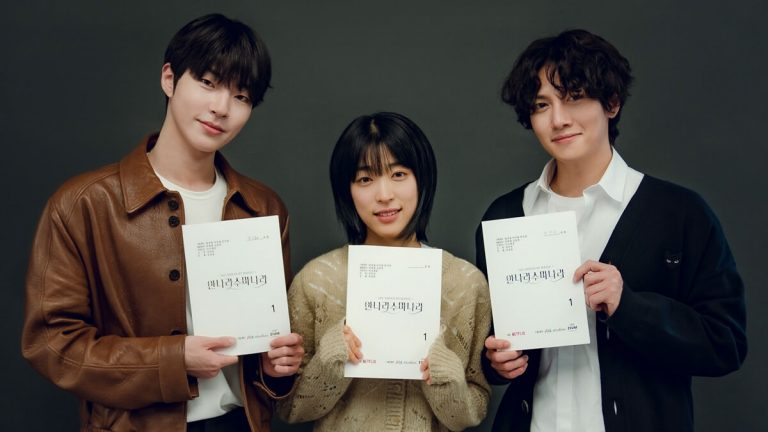 The upcoming music drama is based on the popular webtoon 'Annarasumanara'!

The official description from Netflix read: “The Sound of Magic is a touching drama about Yoon Ah Yi, a girl who had to grow up too fast, and Rieul, a mysterious magician who — although grown-up — wants to remain as a kid.”

Ji Chang Wook, who recently starred in Lovestruck in the City stars as Rieul. He’s a mysterious magician who lives in an abandoned amusement park. Netflix said that the actor “artfully balances” both the charisma and childlike innocence that’s unique to Rieul.

Choi Sung Eun plays Yoon Ah Yi, a girl who’s been struggling to keep up with the realities of life. Things change for her when she meets Rieul, who lets her experience “a world beyond her imagination.” The actress is currently starring in the drama Beyond Evil.

Lastly, Hwang In Yeop will be playing Na Il Deung — Yoon Ah Yi’s classmate. He plays a brilliant student who’s not good at interacting with other people. However, he finds his life slowly transforming when Yoon ah Yi and Rieul introduce him to the world of magic. The actor recently starred in dramas True Beauty and 18 Again.

Netflix is yet to announce the official release date for the series. In the meantime, you can check out the OG webtoon, which is available here.