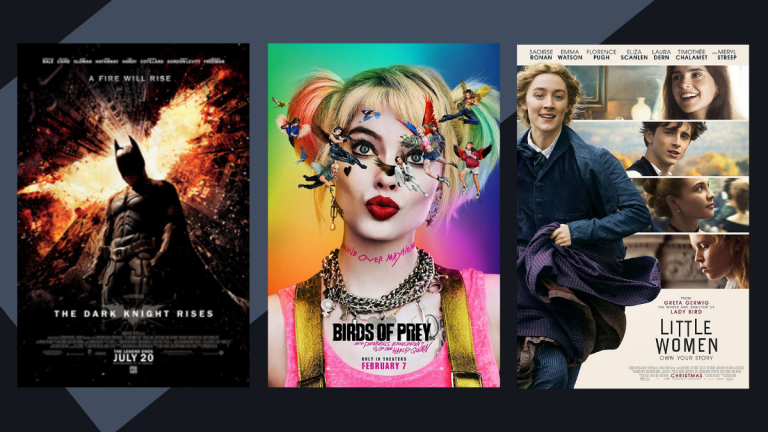 Isn’t it a bummer when you see your favorite movie already playing halfway through when you turn on the TV? Fret not! From rom-com and action to horror and thriller, we’re giving you a heads up on all the must-watch movies on TV from February 8 to 14, 2021.

A Beautiful Day in the Neighborhood
(5:30pm, FOX Movies)
Lloyd Vogel, a cynical journalist, gets acquainted with a kind-hearted television presenter, Fred Rogers, while writing an article on him. With time, the two strike an unlikely friendship.

Ang Tanging Ina Nyong Lahat
(7pm, Cinema One)
A mother of 12 who is employed as a maid discovers a plot against the Filipino president.

Hancock
(1:55pm, Cinemax)
John Hancock is a reckless superhero whose chaotic efforts have made him wildly unpopular. However, his life changes when a PR expert offers to help him improve his public image.

The Panti Sisters
(5pm, Cinema One)
A father announces to his three sons that he is dying of cancer.

The Intern
(5:15pm, HBO)
Ben Whittaker, a 70-year-old widower, realises that he is not cut out for retirement. He then applies to become a senior intern for a sceptical boss at an online fashion site.

It Takes A Man And A Woman
(9pm, Cinema One)
The relationship between Miggy and Laida didn’t last, and neither did Miggy’s business success. When Laida returns to help with a presentation to MET, old feelings come to the surface.

The Green Hornet
(9pm, FOX Movies)
After his father’s death, Britt inherits the largest media company in Los Angeles. He teams up with Kato to fight crime but ends up becoming the target of an underworld gangster, Benjamin Chudnofsky.

300: Rise Of An Empire
(10:40pm, HBO)
Xerxes sets out to control the major states of Greece with the help of his vast Persian army. Themistokles, the admiral of Athens, is forced to form an alliance with Sparta in order to save Athens.

G.I. Joe : The Rise Of Cobra
(4:20pm, HBO)
Duke and Ripcord join an elite military unit, the G.I.JOE, after they are attacked by an evil organisation, Cobra. The two along with G.I.JOE use next-generation technology to defeat the threat.

Feng Shui
(9pm, Cinema One)
A woman acquires a bagua and her family’s lives become endangered as death follows them at every turn.

Suddenly It’s Magic
(5pm, Cinema One)
An actor and a baker experience heartbreak but find love and solace together.

Sonic The Hedgehog
(5:15pm, HBO)
An extraterrestrial hedgehog is discovered by a scientist with evil intentions and plans to use his superpowers for his selfish needs.

Catch Me If You Can
(6pm, Cinemax)
Notorious con artist Frank Abagnale has duped people worth millions of dollars with his masterful art of deception. With his scams getting bolder, he is soon pursued by FBI agent Carl Hanratty.

The Amazing Spider-Man
(6:40pm, FOX Movies)
Peter Parker, an outcast high school student, gets bitten by a radioactive spider and attains superpowers. While unravelling his parents’ disappearance, he must fight against the Lizard.

The Dark Knight Rises
(1:20pm, Cinemax)
Bane, an imposing terrorist, attacks Gotham City and disrupts its eight-year-long period of peace. This forces Bruce Wayne to come out of hiding and don the cape and cowl of Batman again.

Barcelona: A Love Untold
(7pm, Cinema One)
While earning a degree in Spain, a young architecture student dealing with grief meets a fellow expatriate trying to escape her past.

Birds Of Prey And The Fantabulous Emancipation Of One Harley Quinn
(9pm, HBO)
After being thrown out in the streets by Joker, Harley struggles to pick herself up. However, Harley teams up with Huntress, Black Canary, and Renee Montoya to defeat a gangster and protect a girl.

Little Women
(9pm, FOX Movies)
While the March sisters enter the threshold of womanhood, they go through many ups and downs in life and endeavour to make important decisions that can affect their future.

Fast & Furious: Hobbs & Shaw
(6:45pm, HBO)
US agent Luke Hobbs and British mercenary Deckard Shaw are forced to put their rivalry side and work together to stop a genetically enhanced supervillain.

The Vow
(7:10pm, FOX Movies)
Paige meets with a terrible accident which leaves her in a coma. When she wakes up, she doesn’t recognise her husband Leo, who then tries to win her back by courting her again.

Knight And Day
(10pm, Cinemax)
June Havens meets Roy Miller, a lethal operative, in an unlikely encounter and gets entangled in his adventures. She falls in love with him and has to figure out if he is a traitor or a good guy.

G.I. Joe: The Rise Of Cobra