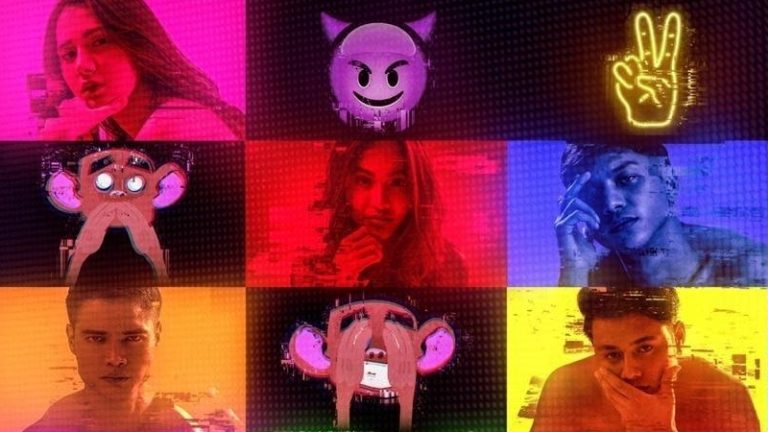 It’s a new school year, and the students at the Manila International School are starting their online classes. When the teacher does roll call, the most popular girl in school has gone AWOL. Where is she and what happened to her? Find out in the new WeTV Original series Section St. Valentine: The Disappearance of Divine which premieres on Friday, January 15, at 7:00PM.

Divine Concepcion, James Pasyon, Matthew Tagle, Anna Hizon, Brian Tenchavez, Valiant Gorospe and Helena Montemayor are high school seniors at the Manila International School. Some are from rich influential families, while some are scholars, but they all have their own secrets to keep.

Divine, Anna, James and Matthew are all members of the film club. When she goes missing at the start of the year, they find themselves chasing down clues –  trolling digital channels, social media, and joining  secret online meetings as they try to trace her whereabouts and discover the truth. The question is, will they find her before it’s too late. Or could one of them or their classmates be behind it all?

Created by writer / director Philip King, Section St. Valentine tells a compelling story for these strange times. Joining him in this narrative is a cast of up-and-coming young stars who show us a different side to how the young are living within the new normal. Leading the cast are Arielle Roces as the controversial Divine Concepcion, Royce Cabrera as James Pasyon, Jem Macatuno as Matthew Tagle, Aedel Peña as Anna Hizon, Raphael Robes as Brian Tenchavez, Polo Laurel as Valiant Gorospe, and Thamara Alexandria as Helena Montemayor.

Select members of the press and clients were invited to a special preview of the series just before the Friday premiere. They were joined by the cast (who were also watching the episode for the first time), Philip King, and producer Shugo Praico of Rein Entertainment. Welcoming everyone that evening were WeTV Philippines Country Manager Georgette Tengco, who also shared a quick update on other WeTV Original offerings for the first half of 2021. Both she and King shared their experience on the close collaboration between Rein and WeTV during the production of SSV. The cast also got to share some insight on their roles and how they became close friends while shooting the series in the middle of the lockdown