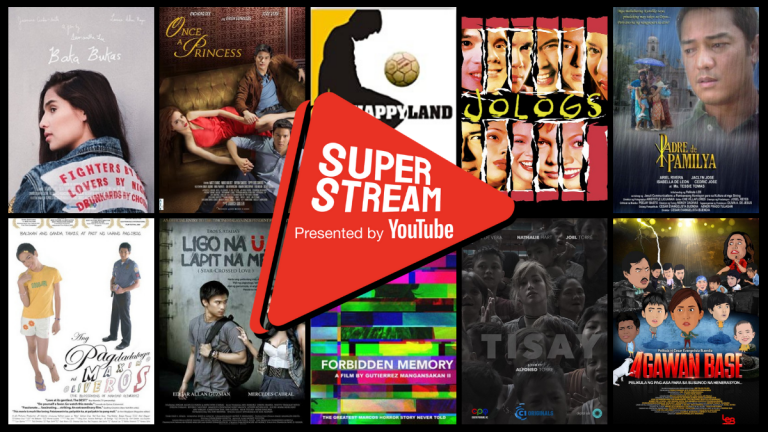 Enjoy binge-worthy entertainment for a limited time only as ABS-CBN showcases movies for free via YouTube Super Stream!

You can continue to enjoy binge-worthy entertainment this month as ABS-CBN showcases 15 movies for free, including flicks from Cinema One Originals and Star Cinema via YouTube Super Stream.

The Cinema One Originals documentary film “Forbidden Memory” about the never-been-heard-of story of the 1974 Malisbong massacre survivors will be streaming from September 23 to 28.

LGBTQ-themed stories are also showing until September 30, including Cinema One Originals films “Baka Bukas” and “Mamu; and a Mother Too,” as well as the critically-acclaimed Cinemalaya movie “Ang Pagdadalaga ni Maximo Oliveros.”

Also streaming for free on Cinema One YouTube channel until the end of the month are “Happyland,” about a group of underprivileged Tondo boys who find hope through football, and 2018 Cinema One Originals Best Film “Paglisan,” an animated film starring Eula Valdez and Ian Veneracion that explores a married couple’s attempt to survive together in the midst of illnesses. There’s also “Tisay,” where a beautiful bookie (Nathalie Hart) recruits a promising player (JC De Vera) to the underworld of game-fixing in semi-pro basketball.

The Star Cinema YouTube channel, meanwhile, will stream until September 26 the iconic barkada comedy-drama film “Jologs,” starring Diether Ocampo, John Prats, Vhong Navarro, and Jodi Sta. Maria. Streaming for free too is “Agawan Base,” where Jolina Magdangal plays a documentarian whose agnosticism is tested when she films her subject, an impoverished child who believes in God.

Other free movies in the channel include horror film “Amorosa: The Revenge,” starring Angel Aquino, and “Padre de Pamilya,” which follows a man’s struggle to provide for his family and gets involved in a mayor’s devious deal. Star Cinema also offers two romances, “Once A Princess” starring Erich Gonzales and Enchong Dee, and “Bromance: My Brother’s Romance,” where a man pretends to be his gay brother in order to save his business.

Aside from movies, viewers can also catch the free streaming of ABS-CBN shows, iWant originals, action-packed sports events, digital talk shows, and live performances of Star Music artists on the Philippines Super Stream, which may be accessed here.