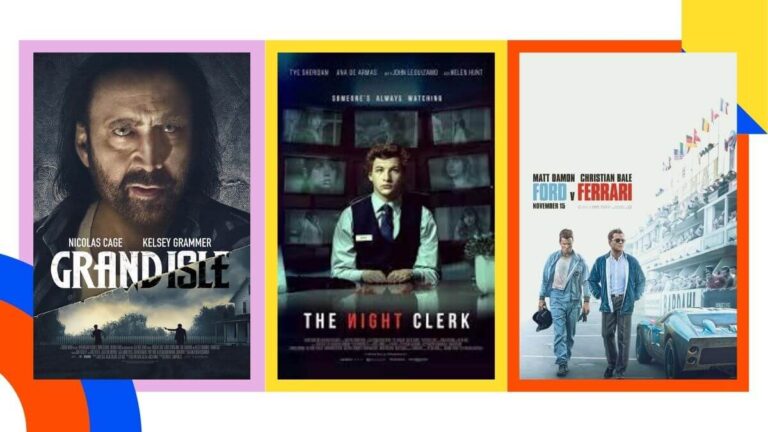 Here’s a roundup of 8 exciting and new movies to add to your must-watch movie list.

Looking for more movies to watch on TV this September? Have an incredible Hollywood experience with FOX Movies this month.

From Matt Damon and Christian Bale’s Ford vs Ferrari to Nicolas Cage’s Grand Isle, here’s a roundup of 8 exciting and new movies to add to your must-watch movie list:

Daniel’s been captured and it’s up to the team to find him before it’s too late.

A young father is charged for murder and must prove his innocence through recalling a very twisted and dark night of events.

A family looking to start a charter-boat business buys a ship that holds terrifying secrets once out on isolated waters.

A disgraced cop finds himself in a race against time to find a kidnap victim whose abductor he accidentally killed.

American car designer Carroll Shelby and driver Ken Miles battle corporate interference, the laws of physics and their own personal demons to build a revolutionary race car for Ford and challenge Ferrari at the 24 Hours of Le Mans in 1966.

It is a story about the famed meeting of the heads of the Mafia in 1957 in upstate Apalachin, NY.

An augmented human and Sarah Connor must stop an advanced liquid Terminator, from hunting down a young girl, whose fate is critical to the human race.

Voyeuristic hotel clerk becomes the subject of a murder investigation.