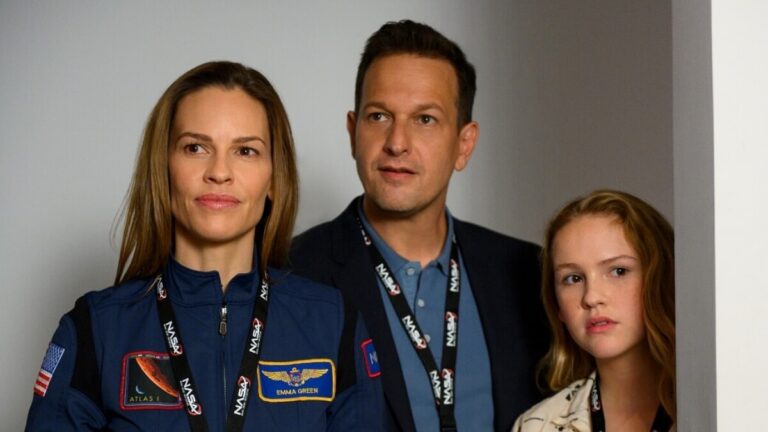 We got to chat with the Emmy-nominated actor about his upcoming drama series with Hilary Swank!

A story of a woman reaching for the stars, and the people she loves that she has to leave behind. This is what Netflix’s upcoming drama series, Away, is about.

Starring Hilary Swank, this 10-episode series follows US astronaut Emma Green, who must lead an international space mission to Mars that would span for three long years. During this journey, Emma must reconcile her decision of leaving her family, with her responsibilities as the captain of her space crew.

While Emma and her crew face dire challenges up in space, her husband Matt (Josh Charles)–who also happens to be the spacecraft’s chief engineer– falls ill to CMM. Now Matt must grapple with its ramifications while helping out with the mission, and being a father to their teenage daughter Lex (Talitha Bateman).

In a virtual press junket, we got to chat with Josh Charles who plays the role of Matt in the show. He shared with us what he liked about the series, how it was working with his two main co-stars, and more. Read on below:

How did the show and the character of Matt appeal to you?

Josh: When you’re picking to do something there are so many variables, you know. I loved the idea of working with Hilary. I love the idea of working with Ed Zwick. I like the script a lot. When I read the first script, I like the idea that it combines a space-themed show mixed with very grounded interpersonal dramatic storylines; [and] that we focus ultimately in this particular family, and how they’re going to navigate this journey together while away. It struck me, it’s just really compelling.

How was it working with Hilary & Talitha?

It was fantastic, I love both of them. In the beginning we got to shoot a lot of the Earth stuff first in the first episode. And [I think] it really gave us a real foundation to build on as we continued on the season where more of the scenes became through Skype or FaceTime or what have you.

I love Hilary as an actor, she did’t disappoint. It’s great working with her. A really committed actor; grounded and true. I really enjoyed her as a scene partner. I felt the same way about Talitha. I think Talitha is extraordinarily talented, such a sweetheart of a young lady. It always, just sort of warms my heart to work with younger performers, because I started as a young performer and so I really, really enjoyed our scenes together.

Would you have done the same thing that Matt did, support your wife not coming home for her career?

I want to say yes, but it’s a really good question because I don’t know, until you’re actually in someone else’s shoes. But I think given the circumstances of this story, and these characters, it does make sense for Matt to be that selfless in that moment. Because he knows how important this is, and he knows that he was unable to do it for no fault of his own; but she is and there’s no way that he was going [to convince her] to come back and not finish it, because of [what] he’s going through. There’s just no way. I don’t know, I don’t know how I would react. I’m not really sure so I’m gonna pass. I’m gonna punt on that one.

The main theme of the show is being separated from the people you love, which is very timely right now. What can the viewers pick up from this show?

Hopefully there’s some relatability there in terms of just how you navigate it. In the case of our story, it’s an extraordinary time because Hilary’s character is commanding this international and historic mission to Mars. And on Earth, my character being chief engineer but also dealing with a physical ailment, is trying to sort of get himself back together both physically and emotionally. Both for his work, for the mission, and for Emma. To protect the astronauts and also for his daughter.

So, I think I would just hope that people see the humanity in it. Find something that’s relatable right now that we’re all sort of dealing with some form of this. And maybe that will touch something in people.

Created by Andrew Hinderaker, the show also stars Mark Ivanir, Vivian Wu, Ray Panthaki, and Ato Essandoh. It will premiere on Netflix this September 4. Visit its official page on the streaming platform to learn more. 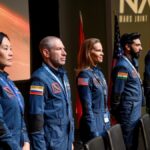 Netflix's 'Away' is a Touching Space Tale About Dreams, Family, & Responsibility 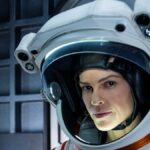 Check out the official trailer for 'Away' starring Hilary Swank!

Netflix Reveals Hilary Swank in 'Away,' a New Drama Series