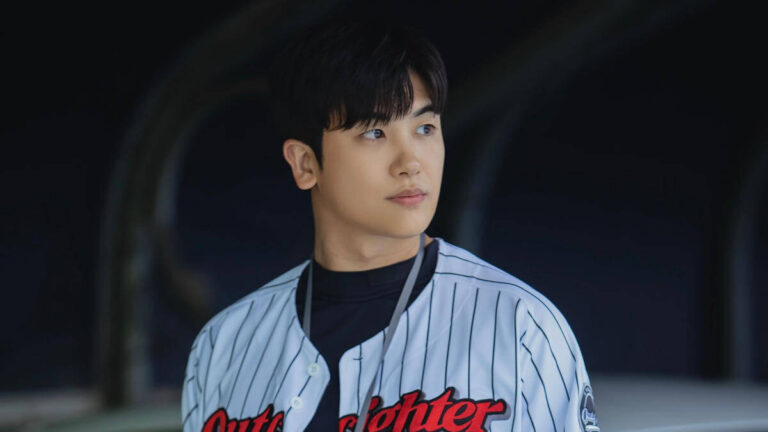 Happiness takes place in a time when infectious diseases are the new normal. In a newly constructed apartment where the higher floors are for sale and the lower floors are rented out, the series depicts the subtle psychological battle and the class discrimination that occurs. Police officer Yoon Sae-bom (Han Hyo-joo) and her high school classmate Jung Yi-hyun (Park Hyung-sik) are also trapped in the apartment, fighting for survival as fear and distrust spreads amongst its residents.

Happiness is also Park Hyung-sik’s first show after being discharged from the military earlier this year. He plays a baseball-player-turned-police-officer, and is proud that his health and fitness are at optimal conditions. “I’ve been making the effort to maintain my figure after being discharged, as both the baseball player and police officer role require a good physique.” Park also revealed that he faced an obstacle during his first day of filming. “As this was my first time being on-set in a long while, I was a little rusty with the camera angles, and even got teased by the director. But the good filming ambience allowed me to immerse myself in the character swiftly.”

From its recently concluded press conference, attended by Director Ahn Gil-ho and main cast Han Hyo-joo, Park Hyung-sik and Jo Woo-jin, Han shared that her personality was similar to her character in the series. “I didn’t have to specially act in character, as that’s how I naturally am.” This is also Han’s comeback to the Korean small screen after 5 years, and her first time filming a modern suspense-thriller genre. When asked about what they would do if they were caught in similar situation as their characters, who were trapped in the building due to an infectious disease, Han remarked that she would make the same choice as Sae-bom, opting to play on the offense, while Park confessed that he would “likely escape first!”

Donning high school uniforms in some scenes with Park, 34 year-old Han doesn’t look a day over 18. “But when I meet younger actors who are in their teens, I still get a shock knowing they’re 20 years younger than me,” confessed Han. Meanwhile, Park complimented both himself and Han for looking the part wearing school uniforms, mentioning his first and current impressions of her. “I thought she was goddess-like on television, but she’s really down-to-earth in real life, and now she’s like a close sister of mine.” Referring to Han’s exceptional focus, Jo also mentions that “despite the tricky script, Han is able to immediately recall her line even when she forgets for a second.” To better portray her role as a member of the police special squad, Han did thorough research and trained her combat skills, practising her shooting at a firing range.

Previously in Guardian: The Lonely and Great God, actor Jo Woo-jin portrays a lieutenant colonel part of the health service command in Happiness. When asked about his view on Park, Jo commended Park’s ability to create a lively atmosphere on-set. “Park seems to have returned from a vitamin factory rather than the military. He’s like a vitamin who brings energy to those around him.” Han concurred, citing that the cast and crew were always delighted when Park was on-set.

Starting November 6th, new episodes of Happiness will be available on the iQiyi International app or iQ.com at 12:00pm every Saturday and Sunday.