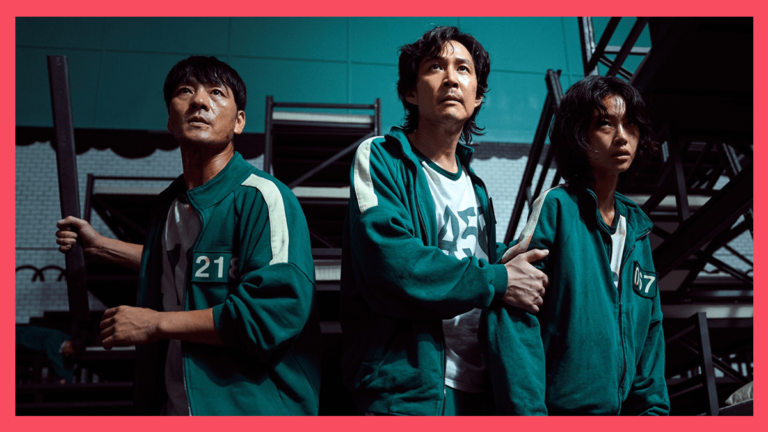 Will you be willing to risk your life for a 45.6 billion won cash prize? In the new Netflix original series Squid Game, 456 people are faced with this question and challenged to participate in a series of Korean children’s games in exchange for their lives. The series, which premieres today, September 17, comes from director Hwang Dong Hyuk and stars Lee Jung Jae, Park Hae Soo, Heo Sung Tae, Wi Ha Joon, Jung Ho Yeon, and more.

Before we see these characters fight for their lives in deadly games, we got to join director Hwang Dong Hyuk, Lee Jung Jae, and Park Hae Soo in a virtual interview where they talked about this thrilling new drama — from how its concept was born to the massive set that we are yet to see. Here’s what you need to know about this 9-episode series:

Squid Game is an “imaginative, unorthodox story” about 456 contestants who are all in desperate need of money and are invited to play a series of survival games for a 45.6 billion won cash prize. Only one of them can win and survive to claim the prize, while those who fail must pay the price of death. At the center of the story are Gi Hun and Sang Woo — childhood friends who took on different paths when they got older, only to get reunited at the same game arena.

Hwang Dong Hyuk, who is also the man behind popular films Miss Granny and The Silenced, directed and wrote the screenplay for this title.

Lee Jung Jae, whose most recent project is Chief of Staff, stars in the 9-episode series as Gi Hun — a jobless man with a sick mother. Despite not making a lot of money, he remains optimistic, and he brings this attitude when he enters the games, leading him to make friends with the other players in the game arena.

The actor said that when playing Gi Hun, he focused on making him seem “ordinary,” as if he’s someone anyone can meet next door. This is because he thought that the extreme kind of games you see in the series is not something meant for special people in particular circumstances. “[These kinds of extreme temptations to join the game] doesn’t come to anyone for any particular reason. It can happen to anyone,” he added.

Prison Playbook star Park Hae Soo, on the other hand, plays Sang Woo, who grew up in the same neighborhood as Gi Hun. Because he went to a prestigious school and worked at a company’s investment team, he’s known to be the pride of his mother. However, when he is tagged as an embezzler, his success streak comes to an end, and he volunteers to play in the games.

Hae Soo said that he had a lot of conversations with director Hwang as it was hard for him “to read the inner feelings of Sang Woo.” Still, the actor said that the audience can look forward to Sang Woo’s story and how he changes over time because of the games.

The inspiration behind Squid Game‘s concept

What makes Squid Game unique is how it features over 400 adults playing a more physical and violent version of traditional Korean children’s games they grew up with. And according to director Hwang Dong Hyuk, this idea for a story came to him back in 2008, when he himself was struggling financially. During this time, he would frequent comic book stores, where he stumbled upon stories depicting “economically desperate people” taking part in a survival game. He then started thinking just what would happen if such games were to happen in Korea, and if he were the one to decide what games these people would play.

“The games could be something that I used to play as a child when I was innocent and that could lead to the most intimidating consequences of life and death,” he explained. “The mix of the two could create a very striking irony.”

As to why he decided to call the project Squid Game — another Korean children’s game — director Hwang said, “The game was both a physical and a violent game that I played as a child. I was thinking what if, as an adult, I play this physical game again? I thought this could carry on a very symbolic meaning.”

Bringing the games to life

Asked about how he decided which games to include in the series, Director Hwang said that he chose the simplest ones so they can easily be understood not just by the Koreans but also by the global audience. “The games had to be simple, but at the same time would create a sense of fear when put in a life and death situation,” he said.

He also shared that the most challenging game for him to shoot was Red Light, Green Light from the first episode. “We actually had 400 people in that scene physically there, and it was the largest scale game that we shoot,” he said. “That was [also] the first game to open up the show so how well it’s delivered would decide the whole success of this series.”

As for Park Hae Soo, he said that while all six games are very violent, the most memorable one for him to shoot was the last round. “It was the most emotional and physical [game] of them all because it’s towards the end and it had a lot of complex emotions at play,” he explained.

On the massive scale of the Squid Game set

From the trailer alone, you’d already see just how grand and massive the set for Squid Game is, especially when it comes to the Red Light, Green Light game that the director previously talked about. Director Hwang shared that instead of using computer graphics, he preferred to use large-scale sets that feel “formidable but also familiar and reminiscent of childhood.”

In our interview with the leads, Lee Jung Jae said that he was overwhelmed when they came into the Red Light, Green Light set for the first time, especially after seeing just how much effort was put into it.

“What surprised me the most was that I thought that they would do the tree and the huge tree with CGI or VFX,” he started. “But when I arrived there, it was there. They actually made the tree and the huge doll. To top it all off, it was [also] working mechanically! It almost made me feel like I really had to be quick with my actions, and it helped a lot with my acting.”

Aside from the set, the director also wanted to reflect the children’s experiences in the 70s and 80s through music. This is why you’d hear popular songs from those eras playing in some scenes. “We took some music from those days, and classic music that was popular back then was brought into the show. The music director is such a genius, so I got a lot of help from him and we were able to experiment.”

What sets Squid Game apart from other titles

With titles like As the Gods Will and Alice in Borderland also featuring characters that must play games to survive, what makes Squid Game unique? Aside from featuring games that are uniquely Korean, Director Hwang Dong Hyuk said it’s Squid Game‘s simplicity and how it also puts the spotlights on the losers.

He said: “There’s not a lot of time or energy spent to understand the rules. It’s very simple. Rather than the game itself, Squid Game focuses on how they act and how they respond. Usually, we look at the winners in survival games, but [in this drama], we look at the losers. Without losers, there are no winners.”

All 9 episodes of Squid Game start streaming on Netflix today at 3PM. 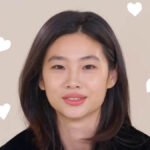 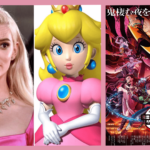 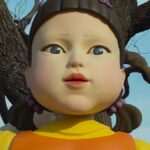 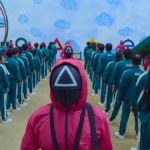