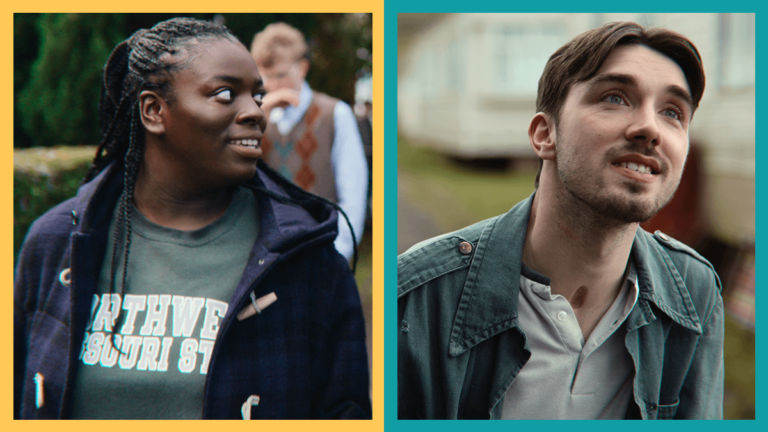 School is back in session for Otis, Maeve, and the rest of the gang as Sex Education returns for season 3! As expected, the new season takes us right back to Moordale, letting us catch up on all of our favorite characters — students and adults alike — as they go through all sorts of firsts and changes in their lives.

Been wondering what to expect this season? Here’s a quick rundown on what’s up with everyone: Otis finally gets a girlfriend; Eric and Adam have just gone official; Jean is having a baby; Aimee has started discovering feminism; Jackson is harboring a crush on someone. Meanwhile, Moordale gets a new headteacher Hope, whose hope (pun intended) is to make the school a “pillar of excellence” after word of the “sex school” goes out to the public.

Check out the trailer here:

Just in time for today’s premiere, we got to chat with Chinenye Ezeudu and George Robinson, who play Viv and Isaac, in a virtual interview. Here, they talked about what’s up with their characters this season, what it’s like to film in the middle of the pandemic, and the impact of Sex Education on its viewers.

Check out the highlights of the interview here:

ALSO READ
Interview with Ncuti Gatwa of Netflix’s ‘Sex Education’ on His Character, His Favorite Scenes From the Show, and More!

Interview with Ncuti Gatwa of Netflix's 'Sex Education' on His Character, His Favorite Scenes From the Show, and More!