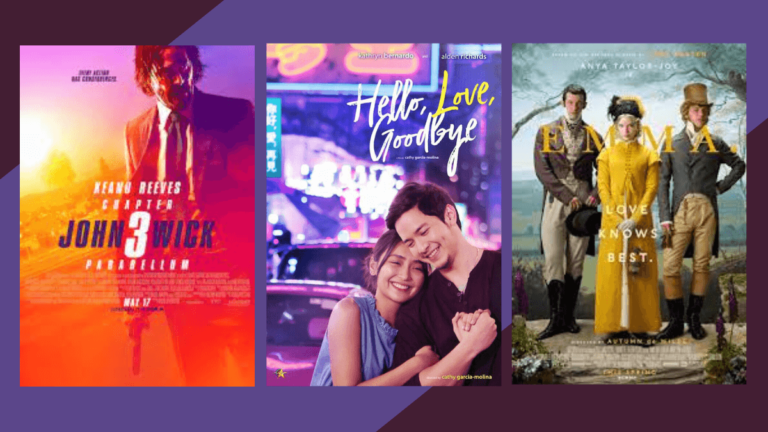 Isn’t it a bummer when you see your favorite movie already playing halfway through when you turn on the TV? Fret not! From rom-com and action to horror and thriller, we’re giving you a heads up on all the must-watch movies on TV from August 23 to 29, 2021.

Zombieland: Double Tap
(10:35pm, HBO)
Ten years after their adventure at Zombieland, survivors Tallahassee, Columbus, Wichita and Little Rock embark on a mission to slay evolved zombies while struggling with their emotional battles.

My Sister’s Keeper
(5:30pm, HBO)
Conceived as a marrow donor for her gravely ill sister, Anna Fitzgerald has undergone countless surgeries and medical procedures in her short life. Though their older daughter’s life has no doubt been prolonged, the unorthodox decision of Anna’s parents has cracked the entire family’s foundation. When Anna sues her parents for emancipation, it sets off a court case that threatens to destroy the family for good.

Anak
(7pm, Cinema One)
A woman returns to the Philippines after working abroad to find that her family has fallen apart in her absence.

Never Not Love You
(7:30pm, PBO)
Two young lovers meet and fall in love. Together they build a life until career opportunities bring them out of the country. Out of the comforts of home and with individual careers going in different directions.

Constantine
(9pm, HBO)
Detective Angela approaches Constantine, an exorcist, to help her investigate her twin sister’s death. As he digs deeper, he realizes a dark conspiracy that could threaten the world.

John Wick Chapter 3: Parabellum
(10pm, Cinemax)
John Wick is declared excommunicado and a hefty bounty is set on him after he murders an international crime lord. He sets out to seek help to save himself from ruthless hitmen and bounty hunters.

Love Me Again
(7pm, Cinema One)
A young woman has to choose between the love of her life and the man whom she married for the sake of her family.

Knight And Day
(7:10pm, HBO)
June Havens meets Roy Miller, a lethal operative, in an unlikely encounter and gets entangled in his adventures. She falls in love with him and has to figure out if he is a traitor or a good guy.

Emma.
(3:55pm, HBO)
Emma is a self-proclaimed matchmaker who meddles in the love lives of her friends. Her misguided matches and romantic missteps lead her to find love that has been there all along.

Love Me Again
(7pm, Cinema One)
A young woman has to choose between the love of her life and the man whom she married for the sake of her family.

Creed II
(11:20am, Cinemax)
In 1985, Ivan Drago killed Apollo Creed in a tragic boxing match. Under the guidance of his trainer Rocky, Apollo’s son Adonis confronts Drago’s son in an ultimate showdown.

Between Maybes
(5pm, Cinema One)
A man lives as a recluse in Japan until a washed-up actress arrives. As he checks up on her, the two lost souls find comfort in each other.

Oblivion
(5:35pm, HBO)
Jack Harper, a drone repairman stationed on Earth that has been ravaged by war with extraterrestrials, questions his identity after rescuing the woman who keeps appearing in his dreams.

A Second Chance
(1pm, Cinema One)
After their storybook wedding, Popoy and Basha find married life and starting a business, more challenging than they ever imagined.

Smurfs: The Lost Village
(3:45pm, HBO)
Smurfette and her friends go to the Forbidden Forest to find a lost village. When the evil wizard Gargamel gets to know of this, he devises a plan to stop the smurfs from discovering the town.

Love Me Again (Land Down Under)