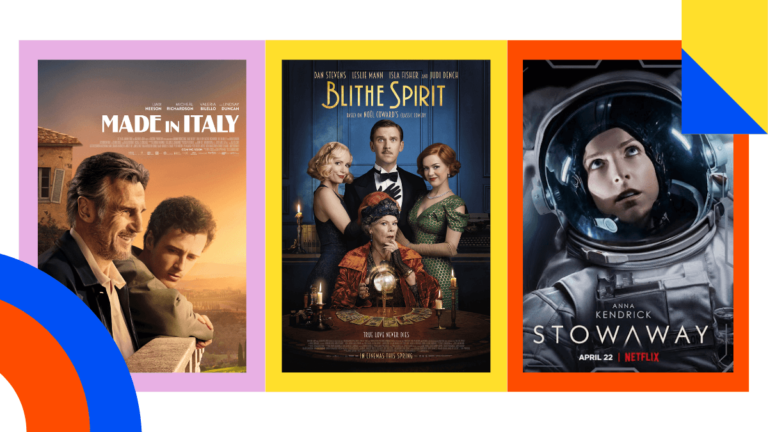 Here are 8 exciting and new movies to add to your must-watch movie list this August!

Looking for more movies to watch on TV this August? Have an incredible Hollywood experience with FOX Movies this month.

From Joe Penna’s Stowaway to James D’Arcy’s Made In Italy, here’s a roundup of 8 exciting and new movies to add to your must-watch movie list:

A bohemian artist who travels from London to Italy with his estranged son to sell the house they inherited from his late wife.

A contractor and his wife move to Malibu to flip his mother’s beach house and are terrorized by the deranged homeless lady living under the house.

By 2067, Earth has been ravaged by climate change and humanity is forced to live on artificial oxygen. An underground tunnel worker is suddenly sent to the future to save the human race.

A three-person crew on a mission to Mars faces an impossible choice when an unplanned passenger jeopardizes the lives of everyone on board.

A spiritualist medium holds a seance for a writer suffering from writer’s block but accidentally summons the spirits of his deceased first wife, which leads to an increasingly complex love triangle with his current wife of five years.

Set to a new wave ’80s soundtrack, a pair of young lovers from different backgrounds defy their parents and friends to stay together.

When an outbreak hits, Aidan barricades himself inside his apartment and starts rationing food. His complex is overrun by infected Screamers, and with the world falling apart into chaos, he is left completely alone fighting for his life.