Wish We Were Here: Island Hopping at Islas De Gigantes

Right in the northernmost town of Iloilo is a group of islands which boasts of white sand and crystal clear waters.

For the adventurous ones looking for a new beach destination that's not as crowded but is just as beautiful as the more popular islands in the country, they only need to look at Western Visayas where they could visit a group of islands which boasts of white sand and crystal clear waters!

Islas de Gigantes – also known as the Islands of the Giants – is located in the municipality of Carles in Iloilo, and is part of the Panay Group of Islands. It consists of 10 islands, the largest ones being Gigantes Norte and Gigantes Sur.

The group of islands used to be called Sabuluag or Salauag, after the endemic trees found in it. However, it was changed to Gigantes during the Spanish colonial era, after people found coffins containing a set of gigantic human bones in Bakwitan Cave.

Islas de Gigantes is a 1.5-hour boat ride away from the Bancal Port in Carles, Iloilo. Phone reception will get weaker as you go along, and while you would have to disconnect from everything, you also get the chance to enjoy the cold sea breeze and the view of the islands.

The first stop to most island hopping tours, Antonia Beach is where tourists get to feast on a seafood lunch. While you could always order the usuals – steamed crabs, buckets of shrimp, and grilled fish – make sure to also try their P1 scallops and the Wasay Wasay which is basically a kind of oyster whose shell is shaped like an ax.

If you've still got a bit of time after lunch, you could also use the spare minutes swimming or just taking in the view of the sea and the rock formations in the island (which are also very Instagrammable, by the way!).

Fifteen minutes away from the first destination is Tangke Lagoon, a saltwater pool hidden behind the limestone rock formations. The number of tourists entering the area is controlled, and groups would usually just have around 15 minutes to soak into the lagoon's cold water.

The lagoon is 7-feet deep, and the locals would recommend that tourists wear their life vests, but if you're one who knows how to swim, then you could always leave it on the boat!

Next stop is Cabugao Gamay Island which is also known to be the Selfie Island because of the viewdeck where you could get the perfect shot of the island. Everything about the island is picturesque, with its rocky shore on one side and another which is more recommended for those who want to go swimming.

For the last stop of the tour, Bantigui Island is known for its sandbar which appears only during the low tide. Only one side of the sandbar is fit for swimming as the other is deeper and is usually only used as an area to dock the boats visiting the island.

If you find yourselves hungry after hours of going from one island to another, there's also a small hut in the island selling snacks which you could enjoy before or while you're on the boat ride back to Carles. They also sell souvenir items, just in case you don't feel like looking for a one once you get back to town.

Getting There: From Manila, there are daily flights going to Roxas City which is only 2 hours away from Gigantes Islands. You could also book a flight to Iloilo City, although it may take a bit longer to travel to Bangcal Port by land.

Tip: To make your trip to Islas de Gigantes less of a hassle, it's recommended that you arrange your trip with a travel agency which will coordinate everything from the boat ride to the islands you will visit. One of the agencies you can check out is Las Islas Travel and Tours which could fix your itinerary and even your accomodation depending on your budget and how big your group is. You can check them out here.

This trip was made possible by the Philippine Tour Operators Association Inc. (PHILTOA). 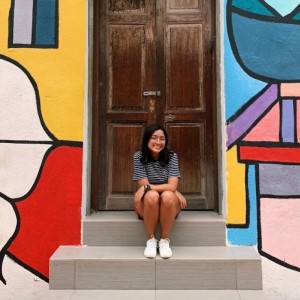 Rendcel is an awkward 20-something who writes about food, theater, films, and more for ClickTheCity. She's the team's resident fangirl, so when she's not writing, you'd find her in her room, watching dramas, and tweeting about 7 Korean boys.
PrevPreviousInfinity Stones: Where are They Now and Why are They So Important to Thanos?
NextIntroducing Swarovski’s New Mother’s Day 2018 CollectionNext 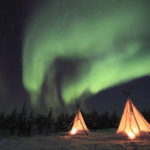 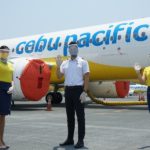