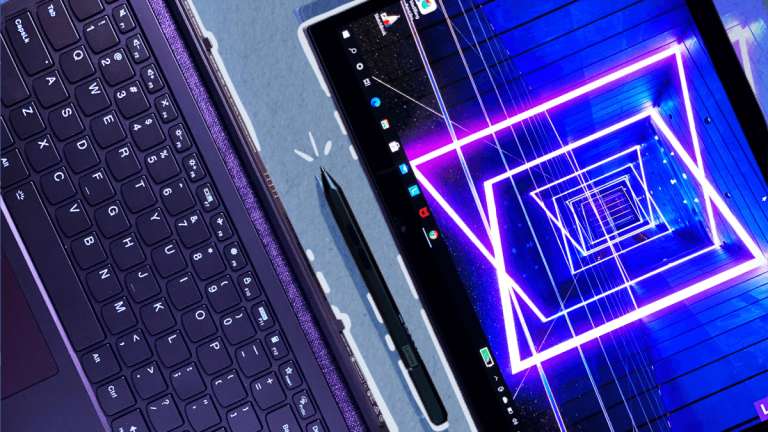 Yoga Duet 7i Review: Lenovo’s Laptop-Slash-Tablet is a Treat for Professionals & Creatives

It's a laptop, a tablet, and a drawing device in one!

It was late last year when Lenovo unveiled the 5th generation lineup of its Yoga laptops and convertibles. Among these desirable devices is the Yoga Duet 7i, dubbed as the first-ever Yoga PC with a detachable backlit Bluetooth keyboard and an adjustable kickstand.

Now with a more affordable price range, the Yoga Duet 7i continues to bring uncompromising versatility for people who are searching for a device that can keep up with their multitasking needs, and flesh out their creative ideas.

Lenovo gave us a chance to try out the stylish Yoga Duet 7i (MTM: 82AS006LPH) for a few weeks. Here are my thoughts about the device.

Even in its box, Lenovo already makes you feel that your purchase is worth every peso. It comes in a sturdy beautiful box that captures the premium feel and uniqueness of the laptop inside.

Inside, you will be first greeted by its surprisingly super light, detached Bluetooth keyboard. Despite its plastic case, it still has that premium feel to the touch, while under it is a fabric surface that makes the device still sophisticated when folded with the screen.

Next outside the box is its other half– the touchscreen monitor with a magnesium-aluminium case which has a matte finish that isn’t a smudge-magnet. This contains all the pieces that run the laptop, so it bears more weight. Together, the whole Yoga Duet 7i still weighs just around 1.16 kg or 2.55 lbs., which is lighter than other typical slim laptops.

Also inside the box is the optional Lenovo E-color Pen, which we will look further into later in this article.

As with my opinion on the Lenovo Yoga Slim 7 I got to review late last year, this laptop’s Orchid variant just looks beautiful with its elegant purple hue. But if you prefer a more traditional color, you can always pick up the Slate Grey variant.

The Lenovo Yoga Duet 7i offers a 13″ WQHD (2160×1350) IPS display that can go up to 450nits of brightness. For work-related activities, it worked best for me at 70% brightness in a well-lit room. The screen has slim bezels on the sides, complementing its vivid and sharp display.

Sitting at the top bezel is the front IR camera while behind it is a rear camera– both are 5MP cameras. The rear camera makes the device more similar to a tablet, but like most tablets and laptops, its cameras are good enough for video calls, but can’t contend against most of today’s cellphone cameras.

Also, like a tablet, the display can rotate to portrait mode when the device is turned at such an angle. This is ideal if you want to read over a webpage or pdf without having to scroll too much.

Typing with the Yoga Duet 7i’s keyboard is quite a pleasant experience. The sounds it produces are minimal, and the way the buttons click feels just right to the touch. It also has backlighting that has two modes.

Merging the keyboard with the monitor also requires minimal effort, as its magnetic links automatically snap onto each other upon contact. You can easily pull them apart but you wouldn’t have to worry that they’d disconnect accidentally.

Despite having a touch display, Lenovo didn’t compromise on the size of the Yoga Duet 7i’s buttonless touchpad. It offers plenty of space for the user and its left and right buttons are easy to click on.

Now the noticeable difference with this keyboard is the lack of ports on the sides. It only has a toggle switch on its right side that has three modes– turned off, turned on, and the Bluetooth mode so you can use it with the screen detached.

The ports are placed on the monitor half of the Yoga Duet 7i. On the left are two USB-C 3.1 Gen 1 ports that support data transfer, Power Delivery 3.0, and DisplayPort; a 3.5mm audio combo jack; and a MicroSD card tray.

On its right side are the power button, volume rocker, and a USB-C 3.1 Gen 1 that supports data transfer only. There is no USB-A port on this laptop, so getting an adapter would be ideal if you’d often use such USBs with this device.

Meanwhile, both sides also have Dolby Audio speaker grilles while its cooling vent is found on the top side of the monitor.

The unit I got to try has the 10th Gen Intel Core i7-10510U processor, Intel UHD Graphics, 16GB DDR4 RAM, and a 1TB PCIe SSD storage. It runs smoothly on productivity tasks, such as surfing online, writing documents, and using art and photo editing software.

Obviously, this isn’t a gaming device but I did try out Little Nightmares, and as expected, it didn’t perform well with the frame rates only being at around 20 on average.

I also ran some tests with the Yoga Duet 7i, and here are the results:

The cooling system works well, it does not heat up that fast when you’re using it with productivity tools. However, if you’re using and holding the device as a tablet for an extended time, you might get uncomfortable because heat can easily spread at the rear due to its metallic casing.

Now for the battery, I was able to charge the Yoga Duet 7i from 11% to 99% in about 2 hours. With typical use in Better Performance mode and with WiFi connection, the battery decreased by 26% to 29% in about an hour. When streaming online with 45% brightness and 80% volume, the battery was reduced by 13% after an hour.

It is also worth mentioning that the power brick that comes with the Yoga Duet 7i is light and not too bulky, thus highly portable like the laptop it connects to.

Another eye-catching feature of the Yoga Duet 7i is its support for the optional Lenovo E-Color Pen. For me, the pen’s weight is just right– not too light and not too heavy for the hand– while its hexagonal shape gave me a better grip.

But the highlight of this pen comes in the form of its Smart Sensor. It is like a real-life color picker that can capture the color of an object you press it with, so you can use the same color on your digital workspace.

I’ve been using Procreate on iPad for my occasional doodling and I prefer having a matte screen protector over a glass screen. But I do get the huge advantage of having a laptop that has pen support, and at the same time can run computer programs like Photoshop and InDesign.

I tried using the Yoga Duet 7i with some art and photo editing programs, and it worked great. Its pen pressure levels can give you a lot of control over the thickness of your lines. The small parallax between the pen’s tip and your drawing is not noticeable and disturbing (not unless you deliberately make quick, broad spirals all over the screen).

The pen support worked well on Photoshop, and some of its free alternatives such as Medibang Paint Pro, Autodesk Sketchbook, and Krita. I did encounter a problem with Krita at first, but it was easily resolved through the app’s settings (Settings> Configure Krita> Tablet Settings> select Windows 8 + pointer input> Restart Krita).

The Yoga Duet 7i offers high versatility for the user– it’s a laptop, a tablet, and a drawing device in one. Even with its light weight and slim build, Lenovo’s convertible laptop does not compromise on performance, battery life, and pen support. While it lacked the usual ports in a laptop, it can easily be overlooked with the Yoga Duet 7i’s overall performance and nifty features that can well cater to the needs of professionals and creatives out there.

Besides its awesome features, the Lenovo Yoga Duet 7i is also now available at official Lenovo stores and authorized resellers at a lower price. The price for this laptop now starts at P59,995 from an original price of P64,995.

Meanwhile, the variant used for this review is now priced P84,995 (from P89,995). For more information about the new prices, check out the images below:

For more information about the Yoga Duet 7i, visit the Lenovo website. 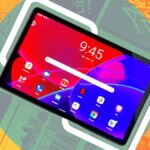 Unboxed: The Lenovo Tab P11 Plus is a Midrange Tablet That Also Feels Like a Laptop

This new tablet from the laptop & PC powerhouse is ready to assist your productivity at home and on the go without breaking the bank! 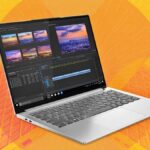 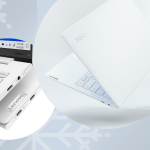 With a sexy featherweight build and powerful performance, this premium Lenovo device is a marriage of style and strength to perfectly match business executives and on-the-go millennials. 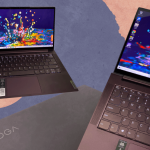 Despite its lightness and slim build, the Yoga Slim 7 does not compromise when it comes to processing power and battery life. 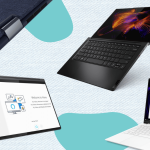 Check out the new Yoga offerings of Lenovo!