Here are other relaxing open-world games for your mobile and PC!

The community quarantine suddenly turned many of us into home-based hobbyists, spending our free time fully enjoying the leisurely activities we once packed within our weekends.

As we continue to miss the world outside, the feel of gadgets in our hands seems more and more comforting, and in the recent days most hands are stuck with a Nintendo Switch playing the latest game everyone’s going crazy about, Animal Crossing: New Horizons.

Animal Crossing is an open-ended life simulation game franchise developed by Nintendo and creator Katsuya Eguchi. First released in 2001, the game has now grown into a five-part franchise with three spin-off games.

In New Horizons, you create your own cute character and tend to your own island where you can fish, plant trees, catch bugs, dig fossils, interact with your adorable anthropomorphic animal neighbors, and just live your best island life. Besides paying the mortgage of your house, there are no strict rules or goals to accomplish and you can prosper and thrive at your own pace.

What do people love about Animal Crossing: New Horizons?

There are probably lots of reasons people are hooked with the latest Animal Crossing game. Some grew up with the franchise, while others jumped straight right in and quickly fell in love with its vibrant visuals, relaxing tunes (that you can even customize), and its chill yet addicting gameplay.

With many of us stuck at home right now, our busy and complicated lives caught in a limbo, a game about living a simple life close to nature is extremely soothing and almost therapeutic.

The game even lets players visit their real-life friends’ islands, becoming a new hangout place for faraway pals during quarantine.

Sadly, even if we want to play this game so bad, not all of us were able to get a Nintendo Switch before the lockdown. But worry not, because we might still get a game with the similar chill vibe as this one has, which can run with just our smartphones and laptops. Check them out below:

If we want a game like New Horizons on our mobile, then we need not look far as Nintendo created such a game for our phones! Animal Crossing: Pocket Camp lets you design your own campsite, cabin, and camper with over a thousand pieces of furniture and 300 pieces of clothing and accessories.

While it is not as intricately detailed as New Horizons, you can still do some pretty interesting things in Pocket Camp like opening a cafe, organizing a music festival, and even starting up your own theme park. Just take note that this game follows the common mobile game formula, where you can only play bits at a time and premium items can be bought through in-app purchases.

Still in development, Garden Paws is now available in its Early Access version on Steam. Instead of playing a human character like in Animal Crossing, you are the anthropomorphic animal in this game, playing a cute dog, cat, fox, bunny or even a dragon as your character.

It has stunning 3D graphics that will really immerse you into the game’s virtual world. Like Animal Crossing, there’s a lot of fishing, digging, crafting, and trading in this game as you help the town reach its full potential.

The Harvest Moon franchise, like Animal Crossing, is a big name in the life simulation game genre. However, it seems like the beloved franchise has never been the same ever since the series was torn into two by game developers Marvelous and Natsume, with the former renaming it to ‘Story of Seasons’ and the latter producing new games with the ‘Harvest Moon’ title.

In Harvest Moon: Light of Hope, you are aboard a ship that was hit by a raging storm and you find yourself in a deserted harbor town. It is then up to you to bring back the glory of the whole place, starting with your own farm. And it’s not all about farming, as you also participate in events, complete story-related tasks, and even marry and build a family once you’re pretty stable.

This game is also available on the Nintendo Switch and Playstation 4. If you miss the more old-school versions of Harvest Moon, check out the next game on our list.

Stardew Valley is another farm simulation game for your computer and mobile devices that like the classic Harvest Moon games on your old-school Game Boy or DS, embraces the aesthetic of pixelated graphics. Similar to Harvest Moon and Animal Crossing, it is an open-world game where you can live a simple farm life: raise crops and animals, go fishing, explore mines, get married, and so much more. While you can grow your farm however you want, there are also limitless side-quests for you to get more money and get the favor of your neighbor townsmen.

This game is also available on PS4, XBox One, and Nintendo Switch.

In this game, you play the character of someone who grew up in the farm but pursued a career in the city– a choice which didn’t end well. You reminisce the nice farm life and fall asleep, only to wake up young again and back to the farm you missed so much. You then have to grow and groom the farm that had been left in your care and make sure that you don’t waste your second chance in life.

While Harvest Town is still in development and is in an Early Access state at the Play Store, the game is already pretty popular among fans of the genre with the ultra-high freedom that players can enjoy in-game.

With its flawless graphics with no cash commitments upon trying it out on your device, Seabeard is a promising entry on our list. You are the heir to Accordia, once a thriving and peaceful land founded by the great captain Seabeard. That is, until a sea monster wreaked havoc upon the place. Now it’s your duty as heir to sail the dangerous seas, reunite Accordia’s people, and revive Seabeard’s trading empire.

The game, while having elements similar to Animal Crossing, also has a seafaring spin to it where you get to build your own crew and play different mini-games on your way to the neighboring islands.

My Time at Portia features a charming post-apocalyptic land where you get to restore your Pa’s workplace by fulfilling commissioned tasks, growing crops, raising animals, and befriending Portia’s quirky inhabitants. Perhaps the most remarkable part of this game is its awe-inspiring world which has elements similar to Stardew Valley but with the vibrant 3D render that’s as captivating as that of Animal Crossing.

The game is also available on PlayStation 4, Xbox One, and Nintendo Switch. 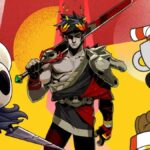 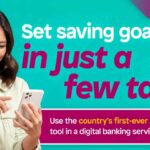 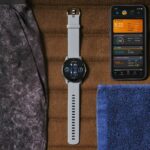 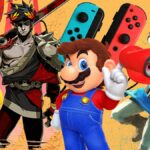 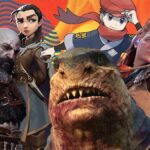 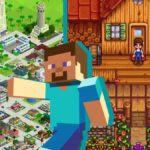