Here are some new games you should play on your Android and iOS devices!

Searching for a new game to get yourself addicted to isn't always easy, 'cause we don't want to waste our time downloading a bunch of games and choosing what we would be keeping.

Lucky for us, the App Store shared five standouts among their slate of new games, and we think each and every one of them are worth checking out. Here are the recommended new games from the App Store which are also available on the Play Store for Android users:

Tiny Decks & Dungeons is a combination of roguelite RPG, card collecting, and moster training games. It has a pixel graphic aesthetic that properly fits its simple yet addicting gameplay. With more than 150 monsters to catch and train, over 80 weapons to equip, and your own village to customize, the game promises hours of gaming to the RPG-loving crowd.

Another mobile game that reminds us of the good 'ol days before high-definition graphics reached our phones, Door Kickers: Action Squad is a side-scrolling game where you play the role of a SWAT trooper on a mission to save the day. There are six characters to choose from, with each one offering a unique gameplay and level-up options. There are 84 non-linear levels that you can complete, and after that you can also play the game again in a new way through the Zombie Invasion mode.

Railways is a simulation game with minimalist visuals and a gameplay that will get you hooked! Here, you control the train tracks and make sure everything goes smoothly. Avoiding collisions and picking up passengers may sound easy but it is really quite a challenge in this puzzle game. With levels crafted by train conductors with over ten years of experience, you surely will enjoy some brain workout playing Railways.

In Drake n Trap, you explore and overcome dungeons by summoning units and avoiding traps. Your goal is to defeat the boss of a dungeon level with your best 'deck', a team comprised of Drake and five units of your choice. With 50 adventure chapters and 500 unique stages, this game will surely get you playing for hours and even days.

Join Boulder Cobblestone and his loyal sidekick Pebble as they try to redeem his stolen collection of heroic Wonderpants by crushing the soldiers of the Empire of Scissor. In this game, you will launch Boulder and have him go as far as possible into the enemies' domain by building and maintaining his speed with the help of various elements along the way. This game is perfect for people who want some quick games to play in between their breaks.

Looking for more game lists? Go check out out our Tech section. 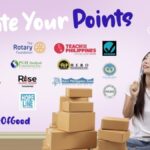 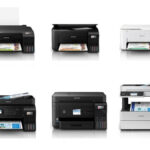 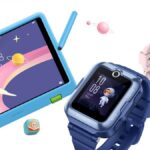 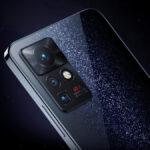 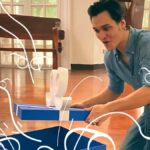 GIFLand: Globe Takes You to a Virtual Amusement Park with Perks, Treats, & Activities 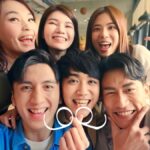