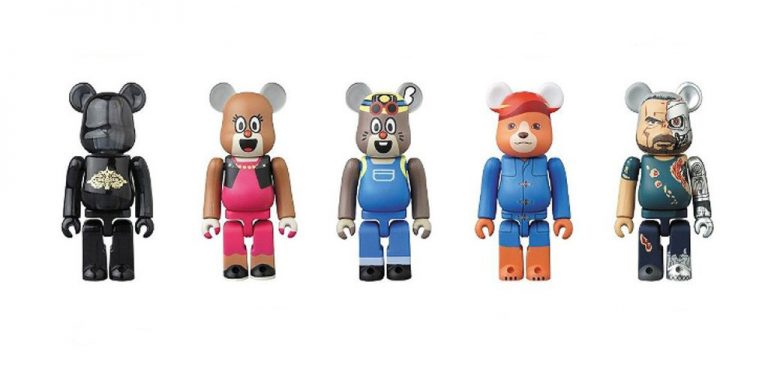 These new designs will surely thrill the Bearbrick collector in you!

If there’s one thing that this pandemic didn’t get in the way of it’s the creative vision of Japan’s coolest toy company for adults, Medicom Toy, and the unwaning desire for its highly covetable figurines.

For this galvanic release, creator Tatsuhiko Akashi didn’t slow up one bit on the inventiveness and pulled out all the stops on his latest collection of Bearbrick’s (formally Be@rbrick) collabs. As per usual, expect sheer ingenuity, artistic expression for the soul and, of course, an infinite amount of cool.

Since 1996, Modicom has kept its collectors on their feet being that these babies are limited edition (designs and collaborations are rarely re-released), and these new figures on the block are bound to be on someone’s pandemic shopping waitlist—Pharrell Williams, is that you who snapped them all up?

Bearbrick releases are essentially categorized by way of series and types; Series are consecutively numbered and dovetail four different types. From the Basic series, nine different designs each bear (pun intended) a letter to spell out “BE@RBRICK,” and that which are subject to recurring themes. Within the “Standard” series are the common recurring themes such as the Jellybean, Pattern, Flag, Cute, Animal, and Horror (resembling a character or theme from the horror genre).

Science Fiction is yet another fave whereby a figure is based on a science fiction theme, typically from film. And of course what would a drop be without a Hero—a more recent theme (introduced in Series 21), that glorifies DC Comics’ most celebrated superheroes?

When it comes to high art and collectibles, however, nothing rakes in the big bucks (we’re talking hundreds of thousands on auction or the reseller market) quite like the added social currency of Artist collaborations and Secret releases (rare unannounced designs, which may also be collaborative).

By offering up the platform of a blank canvas and the options of varying figurine sizes, Bearbricks is able to align with just about any artist, tastemaker or brand—with or without street culture cred. Tying in the element of “what’s next?” keeps it top of mind for collectors and Akashi hasn’t disappointed here what with the excitable synergy seen in the not one but two (!) Bearbrick x Andy Warhol designs depicting a very pop art-esque “Double Mona Lisa” and the vibrantly abstract “The Last Supper” (both come in the 1000%, 400%, and 100% variants).

Bold and fun, Jean Michael Basquiat’s bright pop of turquoise is a collaborative scene stealer as are the visually arresting monochromatic blue graphics of the Rostarr and the maze-like black & white pattern of the Keith Harring co-creations. Sure to draw the eye is the black, white, and red graphic print of the Bearbrick x Phil Frost.

Bragging rights in the art world are allowed when you’re dealing with a Van Gogh, hence the bright and sunny sunflower-printed figurine becomes a 2020 collection must-have.

From the world of sports, two icons have entered the realm of Bearbricks: boxing great Muhammad Ali and NBA star Patrick Ewing, who most notably played with the New York Knicks.

Cartoon and anime fans will adore the Tom (minus the Jerry) Bearbrick as well as the Shinji Ikari (100%) and Evangelion Shogo-Ki (400%) good versus evil characters, respectively. Speaking of heroes and villains, Batman returns (pun again intended) in the 1000%, 400%, and 100% sizes.

The solid black Monsta X figure emblazoned with the white logo of the Korean mega boyband is definitely one for the superfans out there.

Akashi keeps it fresh, switching up his original material of hard plastics to metals, porcelain, and even wood as evidenced in his organic collaboration with the Japanese artisanal furniture studio, Karimoku. Classic and timeless, the Karimoku Layer (“layer” because of the contrasting shades of specialty woods employed in the layered design) will never go out of style.

Of course in the Bearbrick tradition of the highly successful baseline series, an array of 100%-sized collectibles from Series 39 are up for grabs. The wildcard of the collection, however, is the glow-in-the-dark Kigurumi Peko Chan—how awesome is that?

A genius albeit adorable intersection of style, art and fashion, the concept behind this idolized  anthropomorphized bear pivoted from an original licensed toy line of Medicom—the Kubrick, Akashi’s homage to renowned film director, Stanley Kubrick, of “A Clockwork Orange” fame. Incidentally, the line’s moniker carries the Japanese word for the number nine—ku. As such, the Kubricks and their second generation cousins are composed of nine parts—a head, torso, hips, arms, hands, and legs. 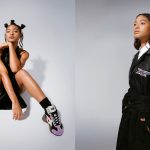 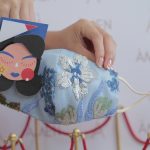 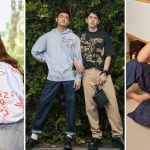 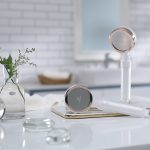 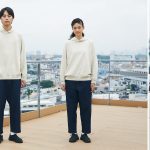 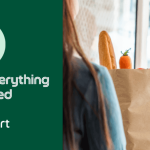