Metalcore behemoths As I Lay Dying is set to perform at the Skydome, SM City North EDSA this January 20 as part of their As I Lay Dying: Shape By Fire Asia Tour! This is happening years after they first went here for a show. 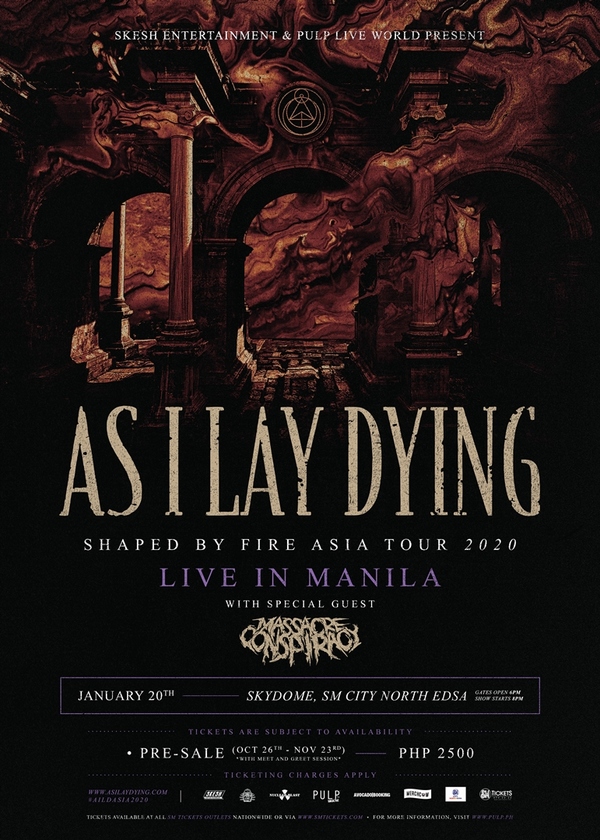 Formed in San Diego, California back in 2000, As I Lay Dying is currently comprised of members Tim Lambesis, Jordan Mancino, Phil Sgrosso, Nick Hipa, and Josh Gilbert. They were last here 7 years ago for Pulp Summer Slam XIII: 'Til Death Do Us Part. Since their debut, they have already released 7 albums, with the most recent one being Shaped By Fire, which dropped last year.

Tickets for the show are priced at P2500 and are still available via SM Tickets outlets and online.