Johnny Depp is Out to Solve the Mystery as “Sherlock Gnomes” 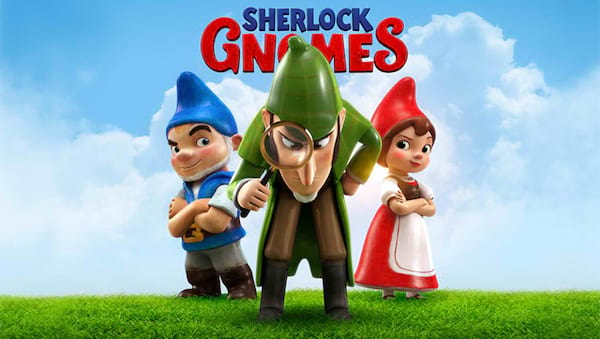 Johnny Depp lends his voice to the titular character Sherlock Gnomes, while Chiwetel Ejiofor plays his long-suffering sidekick, Watson, in the eagerly anticipated sequel to hit comedy Gnomeo and Juliet.

The beloved garden gnomes from Gnomeo and Juliet are back for a whole new adventure in London. When Gnomeo and Juliet first arrive in the city with their friends and family, their biggest concern is getting their new garden ready for spring. However, they soon discover that someone is kidnapping garden gnomes all over London. When Gnomeo and Juliet return home to find that everyone in their garden is missing – there’s only one gnome to call… Sherlock Gnomes. The famous detective and sworn protector of London’s garden gnomes arrives with his sidekick Watson to investigate the case. The mystery will lead our gnomes on a rollicking adventure where they will meet all new ornaments and explore an undiscovered side of the city. 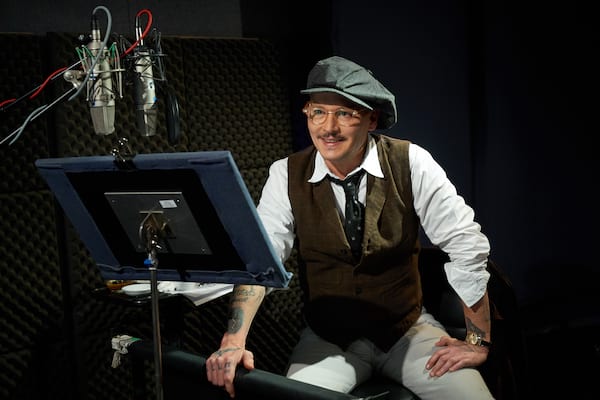 “When they sent me the script, I didn’t expect it to make me laugh out loud,” says Johnny Depp. “There’s a brilliance to this character that kind of comes from his clumsiness. He’s a bloodhound, so sure of himself, and incredibly fun to play with.”

Chiwete Ejiofor was also drawn to the humor of the script. “There’s an irreverence to the characters that’s a lot of fun, but being pottery, they’re quite fragile as well, which makes it tense in its own way.”

“Sherlock and Watson have always been an interesting odd couple,” says James McAvoy who's back as Gnomeo. “Sherlock is perplexing, obtuse and seemingly silly at times, but ultimately clever, and Watson is the patient, devoted friend. Our Sherlock and Watson retain that classic dynamic while taking them in some unexpected directions.”

Director John Stevenson praises Depp and Ejiofor the complexity of their performances: “Johnny can move effortlessly between comedy and drama, arrogant, then vulnerable a moment later. Chiwetel may have the hardest role in the film, playing what appears to be a conventional reading of Watson at first and negotiating the deliberate ambiguities of the role.”

Now playing in cinemas, Sherlock Gnomes is distributed in the Philippines by United International Pictures through Columbia Pictures.

Following the reveal last week of the Philippine-themed poster for Sherlock Gnomes, Universal Pictures has also unveiled the special artworks exclusively created for other countries.

Where in the world are the missing gnomes? Well, based on the newly released poster of Sherlock Gnomes, they're in the Philippines, traveling aboard the iconic Jeepney somewhere in Bohol.

WATCH: 'Sherlock Gnomes' Out to Solve a London Mystery in First Trailer