Silence is Golden: A Review of ‘A Quiet Place’

In the first 5 minutes of the film’s opening, ‘A Quiet Place’ already sets up the dread: scenes of an empty town, ruined and deserted, preceded by a simple text ‘Day 84,’ and a family scavenging in a pharmacy/convenience store in absolute silence. With such deliberate focus on how each character tries to not make a sound, director John Krasinski lays out the most important rule of the film: Silence is golden. Silence is key.

‘A Quiet Place’ is the story of a family in a world where creatures who hunt by sound ravage the world. The father and mother, played by John Krasinski and Emily Blunt, and their three children Millicent Simmonds, Noah Lupe, and Cade Woodward use sign language to communicate, something the family must’ve known prior to the coming of the creature because the daughter is deaf. They live an existence without making a sound. 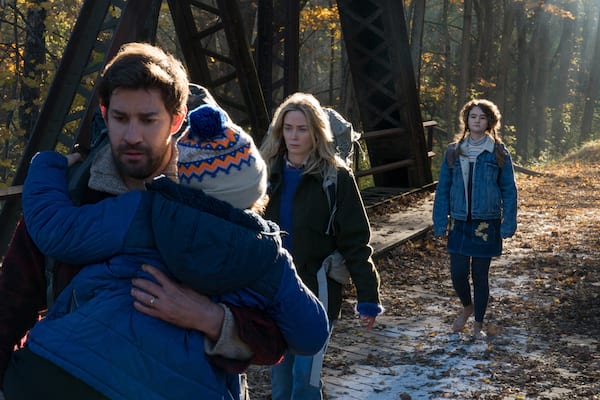 The film is almost plot-less. It’s a story about a family and how they survive in such conditions. The creatures are are mysterious and the film only drops hints about what they are and what had happened to the world. None of it is important except for this family and a drama that is unfolding within the narrative.

The film cleverly creates a world where people live without trying to make a sound. There is barely any dialogue, and most of it is done through signing. It pushes its emotional beats through each actor’s incredible ability to express their inner worlds with looks and gestures. This works well with Krasinski, who plays the stoic father who has to keep his family safe.

It’s Blunt and Simmonds who have the strongest performances here, leaving the women with the more complex emotions to navigate without any dialogue. Pain, remorse, regret, joy, love and all the other emotions that one feels while trying to live a life in a world where silence is needed to stay alive. 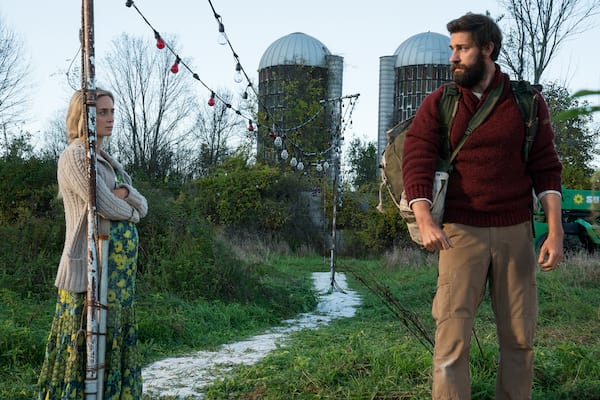 It’s a thrilling horror film with a strong emotional core at its center. The biggest fear is not what you can see, but what you can hear, and Krasinski plays with his audience by removing or adding sound at just the right cues to create tension and dread.

The music by Marco Beltrami is either your friend or your enemy, as it plays out cues to relax or to hold your breath in fear. Watching it in a theater is an amazing experience as you hear the whole theater go quiet, the audience trying their best to keep so quiet as to help this family survive another day without bringing attention to themselves. It’s almost interactive, and it’s an incredible feat of filmmaking.

‘A Quiet Place’ is a tight narrative that works slowly setting up all the dramatic beats side-by-side with all the important information until it reaches its peak where it is relentless in its terror. 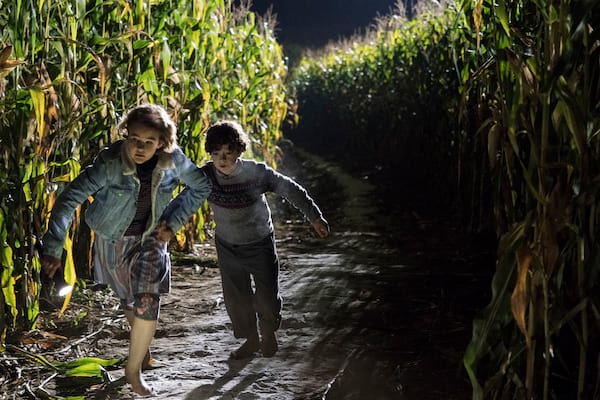 In a world where words can’t be said aloud or it could mean death, the film manages to touch upon the importance of communicating, of listening to what is being said and what is not being said. There is so much heart in this film that weaves so well within the horror narrative that it also occupies. It’s such an amazing cinematic experience.

‘A Quiet Place’ is really something that you should catch in a cinema with really good sound. It’s worth every centavo.

If they can’t hear you, they can’t hunt you. Watch the teaser trailer of the supernatural thriller A Quiet Place now which has just been released by Paramount Pictures. 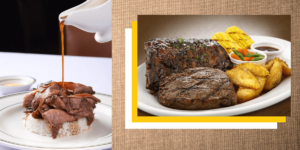