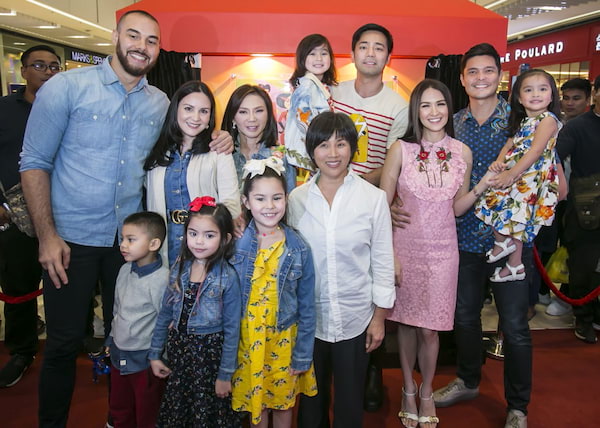 Adjunct to the premiere was the unveiling of family portraits created by Pixar animator Bryn Imagire who flew in from the US to for the film's Manila launch. Credited as the Shading Art Director of “Incredibles 2,” Imagire interpreted the Dantes (Dingdong, Marian Rivera & daughter Zia), Kramer (Doug, Cheska and children Kendra, Scarlett & Gavin) and Belo-Kho (Vicky, Hayden and daughter Scarlet) families as “Incredible” supers. 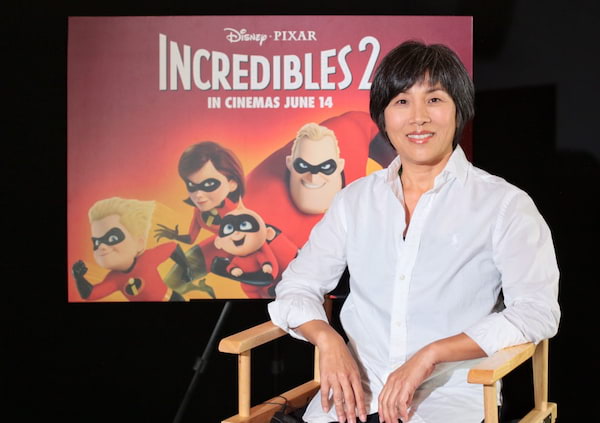 All three families attended the big reveal, visibly delighted by their portraits. 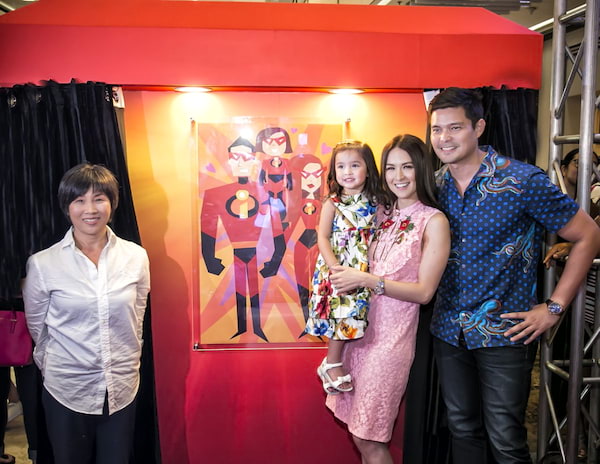 In his Instagram post after the event, Dingdong Dantes wrote, “Many thanks to Bryn Imagire… [S]he made us her own interpretation of a Dantes Incredibles family portrait! What an honor and privilege!” 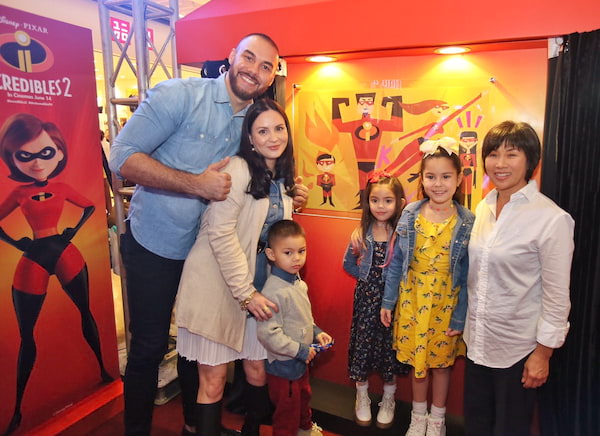 For his part, Doug Kramer shared, “What an honor it was to be one of the 3 families that Ms Bryn Imagire sketched through the #Incredibles2 theme here in the Philippines!” 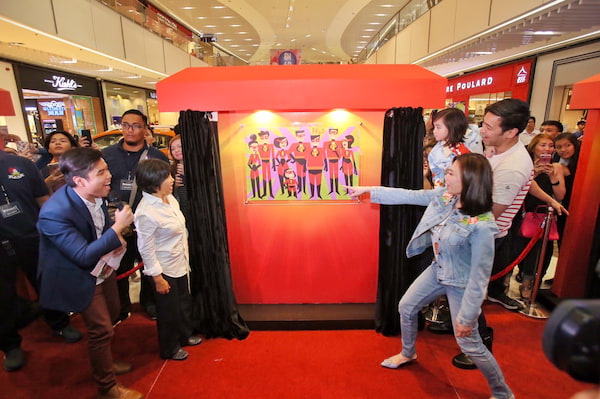 Not to be outdone, Vicky Belo raved “How incredible is this version of our family portrait by Bryn Imagire! Thank you Bryn, its such an honor to be immortalized by you!”

The “Incredible” family portraits are currently on public display at the SM Aura Atrium.

And What Is a Hero?: A Review of 'Incredibles 2'

Loaded with great dialogue, hilarious moments, thrilling action, and heartwarming scenes, ‘Incredibles 2’ is a dense work of superhero fiction that goes deep into today’s issues and explores the true meaning of heroism.

The animated superhero film bested the record established in 2016 by “Finding Dory” at P101.7-M.

Mr. Incredible, Super Husband and Dad as Ever in Disney-Pixar's "Incredible 2"

This Father’s Day, let’s celebrate one of the most beloved dads in animation history -- Bob Parr aka Mr. Incredible.

Discover the world of Pixar and find out more about the highly anticipated 'Incredibles' sequel (14 years in the making!) in this interview with Imagire.

Helen Parr, known in the Super world as Elastigirl (voiced by Holly Hunter), hung up her supersuit to raise the family with husband Bob, leaving their crime-fighting days behind them.

Jack-Jack Powers Up in Disney-Pixar's "Incredibles 2"

Jack-Jack Parr, the baby of the family in Disney-Pixar’s new action-adventure “Incredibles 2”, likes to sit back with a bottle and a good story.

The Family of Super Heroes Return in "Incredibles 2"

As Disney-Pixar’s “The Incredibles” adventure came to an edge-of-your-seat finale, Syndrome was foiled—thanks to baby Jack-Jack and an ill-advised cape—and his jet exploded into a firey ball, destroying the Parr family home.

WATCH: Suit Up for the New Trailer of "Incredibles 2"

It’s time to suit up and be incredible! Check-out the brand new trailer for Disney-Pixar’s Incredibles 2, which has just been launched by Disney-Pixar

It's time to get back to being Incredible! Watch the brand new trailer for Disney/Pixar's Incredibles 2, which has just been launched by Disney-Pixar

Watch the new trailer for Disney/Pixar's "Incredibles 2" which has just been launched by Disney-Pixar here at ClickTheCity.