“The Nun” Director on Contributing to “The Conjuring” Universe

Director Corin Hardy (“The Hallows”) collaborates with James Wan, director and producer of the record-setting horror hits “The Conjuring” and “The Conjuring 2,” to explore another dark corner of that universe with New Line Cinema’s horror-thriller “The Nun.”

When a young nun at a cloistered abbey in Romania takes her own life, a priest with a haunted past and a novitiate on the threshold of her final vows are sent by the Vatican to investigate.  Together they uncover the order’s unholy secret.  Risking not only their lives but their faith and their very souls, they confront a malevolent force in the form of the same demonic nun that first terrorized audiences in “The Conjuring 2,” as the abbey becomes a horrific battleground between the living and the damned.

Q:  How does THE NUN fit into the Conjuring film universe?

Corin Hardy:  It was important to me to honor what has been set up in the Conjuring universe by James Wan, and I was thrilled to do so, but telling you about some of those connections would reveal a little too much, and I want to preserve the surprises!  At the same time, I wanted to give audiences something new, something a little different from what they might expect.

Q:  James Wan has said that he looks to each director to bring his or her unique vision to these films.  When you read the script, what did you want to bring to THE NUN?

CH:  I loved that THE NUN is set in 1952 and in a castle in Romania – making the story feel both new and ancient. I wanted to take audiences on an unholy, terrifying journey.  It gave me a real opportunity to incorporate classic horror imagery this time around.  Using castles, convents, cemeteries, hanging fog, gaslight, candlelight, stained glass and gothic horror, we created a rich, contrasting and immersive cinematic atmosphere. It harks back to a lot of movies that I grew up loving, like Dracula, the old gothic Hammer movies, the Italian films of Dario Argento and Lucio Fulci, Friedkin’s The Exorcist and Raimi’s Evil Dead. The adventure aspect of THE NUN even has a hint of Indiana Jones and the Temple of Doom, where the characters journey to a place that’s potentially no longer holy and have to uncover the mystery that lurks inside it. So, THE NUN contains all the elements I relish as a storyteller.

Q:  You mention the film’s adventure aspects, but it must have been an adventure for you and the production to film in Romania.

CH:  Absolutely!  It was a wonderful opportunity to actually make a movie in Transylvania, which was home to the classic Dracula.

Q:  Let’s talk about the actors who play your two leads.  Why were Demián Bichir, who plays Father Burke, and Taissa Farmiga, who portrays Sister Irene, right for this film?

CH:  All the films in the Conjuring universe have had really strong casts, beginning with James Wan’s The Conjuring, with Vera Farmiga and Patrick Wilson. I really wanted to uphold that quality.

I’d first seen Demián in Steven Soderbergh’s Che film series.  His performance as Fidel Castro really impressed me, as did his work in Quentin Tarantino’s The Hateful Eight. When his name came up for THE NUN, I thought he could be an interesting choice because I thought of Burke as almost like the “Dirty Harry” of exorcists.

Burke and the novitiate, Sister Irene, are opposites.  He’s grizzled, gruff and experienced, while   she’s an innocent who doesn’t yet know what her calling is, or if becoming a nun is even right for her.  This journey with Burke will take her from a safe environment to an encounter with a great evil that will expose her inner strength.  I watched hundreds of audition tapes for this role, and initially we were looking for someone from Europe or England to play Sister Irene.  But when I saw Taissa, I knew there was no need to see anyone else.  She HAD to play this role.  Taissa has something in her eyes which lends itself to the horror genre – in her audition tape, it felt like she was going through a supernatural experience… like she’s capable of seeing something you can’t see.

Q:  What do you hope audiences experience when they see THE NUN?

CH:  I’m a big believer in experiencing movies in the cinema on the biggest screen possible and watching a horror movie in a crowd together is such a unique and fun, shared experience. I want to take audiences on a scary, spooky ride where they can become fully immersed along with our characters, as they follow them into this mysterious and terrifying world of shadows and prayers, and nuns and demons – to discover the truth of who, and indeed what lurks in the dark tunnels of that ancient abbey…

Filmmaker James Wan, director of the record-setting horror hits “The Conjuring” and “The Conjuring 2,” explores another dark corner of that universe with New Line Cinema’s “The Nun.”
0 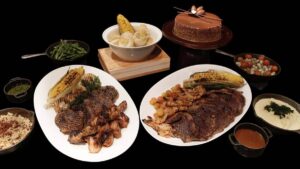