All of us have something inside of us that just boils with rage. Someone (or something) gets triggered, and wouldn’t it feel great to set that free?  How satisfying would it be to chomp some idiot’s head clean off?  How fun to show the world what’s lurking inside of you?

For Eddie Brock, that monster – Venom – is about to be unleashed – and the dark side of his personality will literally come out, in Columbia Pictures’ new action-thriller Venom.

There’s a reason why Venom is one of the most popular characters in Marvel history.  He’s dangerous, he’s scary, he’s unpredictable, his dark wit is matched only by his predilection for violence… and it’s all wrapped up into a package with huge, white eyes, a mouth full of razor-sharp teeth, and a long, writhing, muscular tongue.

At the center of Venom is not one but two antiheroes in one body: Eddie, played by Tom Hardy – the ego-driven, obsessive reporter driven to expose the powerful and corrupt – and Venom, the chilling alien symbiote with incredible superpowers who fuses with Eddie.  Together, they are capable of anything – a truly terrifying proposition as Venom is fueled by rage.  In a truly symbiotic relationship, they will influence each other, for better or worse… 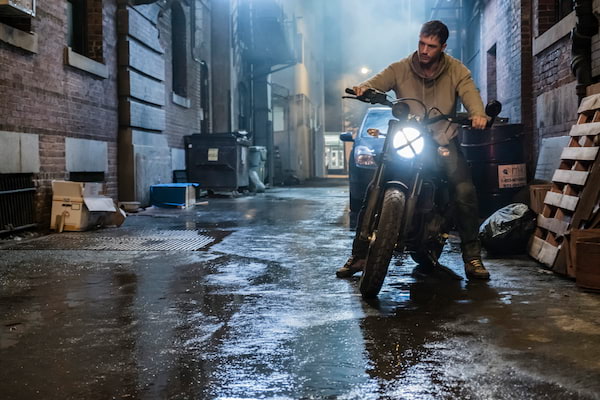 According to producer Matt Tolmach, something about Eddie Brock, an ego-driven reporter on a bad streak, and the duality offered by Venom – the power to see one’s potential, physically and indelibly – felt relatable as an anti-hero concept.  “Eddie Brock is like so many of us,” says Tolmach. “Eddie was the defender of the innocent looking out for the little man. But unfortunately, he got in his own way. He took shortcuts. He’s got an ego and a temper. He’s impetuous. This movie becomes about being a better version of who he was before, and the only way he becomes better is when he meets up with Venom.”

Producer Avi Arad says that Venom’s complicated but entertaining mix of tones offered a chance to make a film that turned the conventions of superhero movies inside out. “Eddie Brock and Venom are two very different people who together change each other’s lives,” says Arad. “This story is scary, intense and funny as hell. Feels tough, dark, yet light and optimistic, and breaks through the clutter of superhero movies with a unique story.”

Concludes Arad, “Eddie influences the good side of Venom.  Venom becomes like Eddie’s conscience.  It takes the good guy and bad guy to influence each other and save the rest of us.”