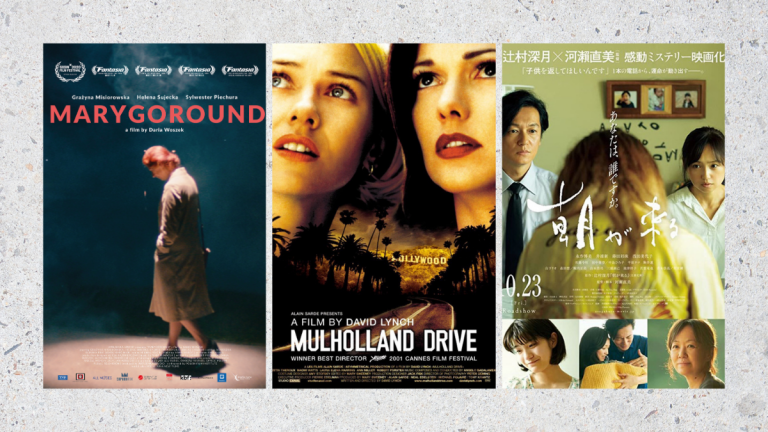 For its second and final section in its Festival Program, QCinema International Film Festival presents a fresh line-up of noteworthy films.

It includes the world premiere of Midnight in a Perfect World by Dodo Dayao, the Asian premiere of Marygoround by Daria Woszek and End of the Century by Lucio Castro, the Southeast Asian premiere of True Mothers by Naomi Kawase, and the Philippine premiere of Roh by Emir Ezwan and Mulholland Drive by David Lynch.

Midnight in a Perfect World is about four friends trying to survive the mysterious blackouts that happen in random parts of the city after midnight.

Marygoround is a black comedy drama about Mary, a lonely, small-town grocery store worker and an agnostic collector of virgin Mary statues who lives a boring and uneventful life. Struggling with menopause, she consults her doctor, who prescribes her a course of hormone replacement therapy.

End of the Century tells the story of two men who meet in Barcelona and after spending a day together they realize that they have already met twenty years ago.

True Mothers is Japan’s entry at the 93rd Academy Awards and is a 2020 Cannes Film Festival selection. True Mothers is about the adoptive parents of a five-year-old who are confronted with the possibility that the troubled birth mother wants her baby back.

Roh by Emir Ezwan is a 2019 Malaysian Malay-language indie arthouse horror film. It is Malaysia’s entry to the 93rd Academy Awards. Set in the past, the film is about a family in the forest who gets an unwelcoming visit from a strange little girl, who comes with a frightening prediction.

The remastered version of David Lynch’s 2001 Masterpiece Mulholland Drive follows a woman who becomes amnesiac after a car accident on Los Angeles’ Mulholland Drive and an aspiring actress. The two embark on a search for clues throughout the city, where dreams and reality intertwine.

The films are for streaming upstream.ph.

Aside from these films, QCinema Highlights Cleaners by Glenn Barit; Oda sa Wala by Dwein Baltazar; Balangiga: Howling Wilderness by Khavn; and Babae at Baril by Rae Red, which started streaming November 27, stay in the streaming platform.

Festival details are available at QCinema.ph.