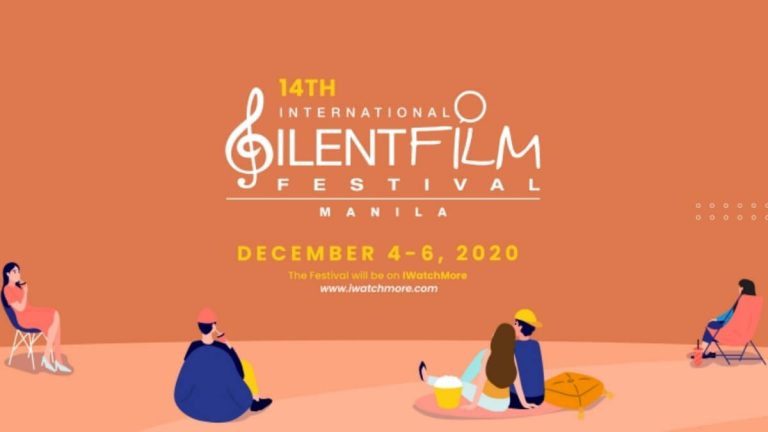 You can catch it online this weekend!

For the first time since its creation in 2007, the International Silent Film Festival Manila will be streamed online from December 4 to 6, 2020. This 14th edition of the first and oldest silent film festival in Asia will feature a selection of classic films from Japan, Italy, France, and Germany – all scored and accompanied by Filipino musicians.

The International Silent Film Festival has been one of the most awaited cultural events among cinephiles and music lovers alike in Manila.  Indeed, it is one event that brings together film classics from different parts of the world and talented Filipino musicians on the same stage to perform and reinterpret stories in a unique mix of cultures and generations.

The current health crisis brought about by the COVID-19 pandemic has hindered, limited, if not stopped, cultural programs worldwide. Art institutions, concert halls, and movie theaters remain closed at present. Local fans have wondered over the quarantine period whether this festival would push through this year.

In this particular context, technology provides the means to bridge distant and diverse cultures together. Indeed, from celluloid to digital, the internet is able to ensure the cultural exchange and reach an audience confined in the safety of their homes.

On December 4 (6:00 PM), the Japan Foundation, Manila presents six (6) unique animated short silent films taken from the Japanese Animation Classics collection, digitized and subtitled in English by the National Film Archive of Japan (NFAJ) in this year’s silent film festival, including the oldest existing Japanese Animation “The Dull Sword.” The four-minute animation classic was directed by Junichi Kouchi and produced in 1917 which is considered the birth year of domestic animation in Japan.

The Dull Sword is about a samurai who tests his new sword by attacking a blind person. He purchased the sword from a swordsmith, known as “Dull Smith,” for four gold coins.

The Japanese Animation Classics in the festival will be accompanied by the musical scores created by the HJH Composers Collective. The group is composed of Hiroko Nagai, Jordan Peralta, and Harold Andre Santos, contemporary music composers with a diverse musical palette of pop, classical, folk, jazz, electronic music, and traditional Philippine and Japanese music, and they frequently collaborate with other artists to create music for film, theatre, dance, and visual arts.

Two films from Italy will be screened on Saturday, December 5. “The Silent Killer,” produced by See Thru Pictures and scored by Franco Eco, narrates a mother’s journey back home amidst the COVID-19 pandemic. This story alternates with interviews with scientists, politicians, ordinary people, and Covid 19 chronicles from all over the world.

At 6:00 PM, the Philippine Italian Association, in collaboration with the Cineteca di Bologna, presents “Malombra”, a 1917 movie by Carmine Gallone. Directly inspired by a gothic novel set on the beautiful shores of the Como Lake, the protagonist, Marina, takes quarters in the castle of her uncle where she discovers a bunch of letters. A story of past souffrances calling for revenge, a story of love and ultimately death that traps everything into the most tragic of endings. This bombastic movie will be scored by the original music composed and performed by the internationally renowned classical solo-pianist, Maestro Raul Sunico.

On Sunday, December 6 (11:00 AM), the Embassy of France will screen “Le Manoir de la peur” (“The Manor of Fear”) directed by Alfred Machin. This silent film noir narrates the story of young Jean Lormeau who investigates a series of crimes affecting their village. Michael Mark Guevarra, one the country’s top saxophone players, will be scoring this film.

All films will be available on www.iwatchmore.com for free, and will be screened only during the times mentioned above.

The issue of celluloid to digital is central in this edition of the International Silent Film Festival Manila as the importance of preserving cultural heritage has become a growing concern.

A webinar entitled “Saving Memory: Making Silent Films Talk to Us” featuring experts from Japan, Italy, France and Germany will exchange with their Filipino counterparts to share best practices and local initiatives in preserving film heritage through archiving and restoration.

This online discussion will take place on December 4, 3:00 PM, and will be open to film institutions, schools, and the general public. Interested participants may register here. The 14th International Silent Film Festival Manila is organized by the Embassy of France to the Philippines, the Japan Foundation Manila, the Philippine Italian Association, the Goethe Institut, and the Film Development Council of the Philippines, in partnership with iWatchMore.com.