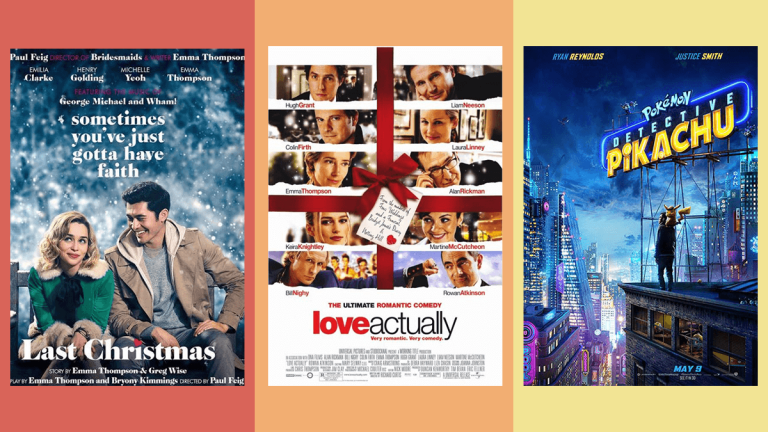 Love films, but don’t know which ones are showing at a certain time? We got you covered! We’re giving you a rundown of some of this month’s must catch films on HBO if you’ve been wanting to plan your movie nights ahead of time! Here are shows to catch on HBO for the month of December:

A big city girl moves to a small town with her dad. At school, she garners the attention of many of her classmates, but she finds herself strangely drawn to only one of them: a mysterious pale-skinned boy who seems to be different. The two grow closer to each other, and a secret is revealed: the boy is a vampire, and being together means paying a price.

In Last Christmas, Emilia Clarke plays Kate, whose bad decisions cause her to work as an elf in a year-round Christmas shop. Her life changes, however, when she meets Henry Golding’s Tom, who sees through Kate’s barriers, and tries to bring her cheer back just in time for the most wonderful time of the year.

Mary, Queen of Scots explores the turbulent life of the charismatic Mary Stuart. Queen of France at 16 and widowed at 18, Mary defies pressure to remarry. Instead, she returns to her native Scotland to reclaim her rightful throne. But Scotland and England fall under the rule of the compelling Elizabeth 1.  Each young Queen beholds her “sister” in fear and fascination. Rivals in power and in love, and female regents in a masculine world, the two must decide how to play the game of marriage versus independence. Determined to rule as much more than a figurehead, Mary asserts her claim to the English throne, threatening Elizabeth’s sovereignty. Betrayal, rebellion, and conspiracies within each court imperil both thrones – and change the course of history.

When teenage Yi (Chloe Bennet, Marvel’s Agents of S.H.I.E.L.D.) encounters a young Yeti on the roof of her apartment building in Shanghai, she and her mischievous friends, Jin (Tenzing Norgay Trainor) and Peng (Albert Tsai), name him “Everest” and embark on an epic quest to reunite the magical creature with his family at the highest point on Earth.

Eight London couples try to deal with their relationships in different ways. Their tryst with love makes them discover how complicated relationships can be.

A young couple just on the verge of beginning a life together decide to adopt a dog. The dog turns out to be quite a handful, but through their experiences with him, they learn valuable life lessons that help prepare them for the next stage in their life.

A struggling musician after an accident finds himself the only person who remembers The Beatles. He then becomes famous after taking credit for writing and performing their songs

A freshman joins an all-girl campus singing group. She brings such much-needed energy to the group, giving them the edge to take on their all-male campus counterparts.

In the highly-anticipated sequel to Madagascar, Alex, Marty, Melman, Gloria, King Julien, Maurice and the penguins and the chimps find themselves marooned on the distant shores of Madagascar. In the face of this obstacle, the New Yorkers have hatched a plan so crazy it just might work. With military precision, the penguins have repaired an old crashed plane sort of. Once aloft, this unlikely crew stays airborne just long enough to make it to the wildest place of all the vast plains of Africa, where the members of our zoo-raised crew encounter species of their own kind for the very first time. Africa seems like a great placebut is it better than their Central Park home?

In a world where people collect Pokémon to do battle, a boy comes across an intelligent talking Pikachu who seeks to be a detective.