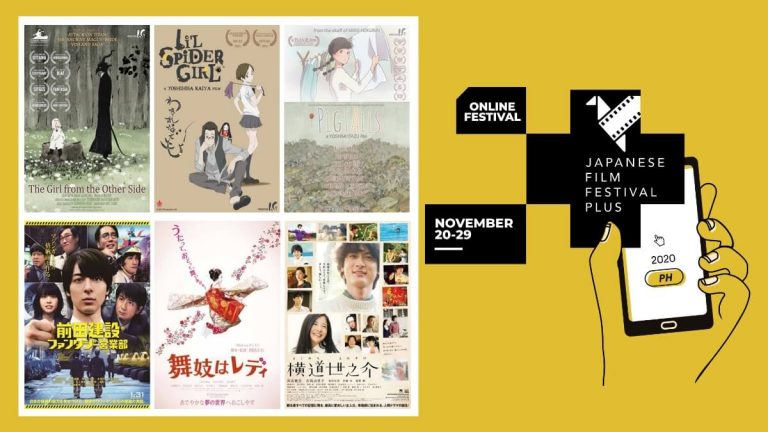 This year, the Japanese Film Festival heads straight to your homes with JFF Plus!

To continue sharing Japanese culture to the world amid the COVID 19 pandemic, the Japan Foundation, Manila (JFM) migrates its highly-anticipated Japanese Film Festival to an online platform!

The JFF PLUS: Online Festival is the digital edition of the Japan Film Festival that will run from November 20 to 29, 2020. JFM has carefully curated 28 Japanese films of different genres to be screened via the JFF Plus: Online Festival portal, watch.jff.jpf.go.jp.

This year, the festival puts the spotlight to 28 short and full-length feature films in various genres, which will be available for 24 hours in the newly launched JFF Plus website. Here’s the lineup of the films:

Fans of anime and other animated flicks out there must also catch the following titles:

For those who love documentaries, JFF Plus also offers these films:

Aside from the featured films, everyone will get to know more about the film directors in the Watch section of the website or the official JFF Plus YouTube channel. There, they can watch the interviews of directors Imaizumi Rikiya, Okita Shuichi, Soda Kazuhiro, Yashiro Takeshi, and Shiraishi Kazuya, conducted by film critic Mark Schilling.

Mr. Suzuki Tsutomu, director of the Japan Foundation, Manila, feels excited to see the event’s new format and to bring the JFF Plus: Online Festival to Filipinos’ homes.

“In this time when we can’t go out and visit places, films allow us to take glimpses into new worlds, experience things, see places and gain new perspectives while staying safe in the confines of our homes.” said Mr. Suzuki.

The JFF Plus: Online Festival is made possible together with Japan Foundation Asian Center, in partnership with JT International (Philippines), the Film Development Council of the Philippines, the Embassy of Japan in the Philippines and SM Cinema..