Universal Pictures and MRC present Mortal Engines, the startling, new epic adventure directed by Oscar®-winning visual-effects artist Christian Rivers (King Kong), based on the award-winning book series by Philip Reeve. Joining Rivers are the three-time Academy Award®-winning filmmakers of The Hobbit and The Lord of the Rings trilogies, Fran Walsh, Philippa Boyens and Peter Jackson, who have written the screenplay. 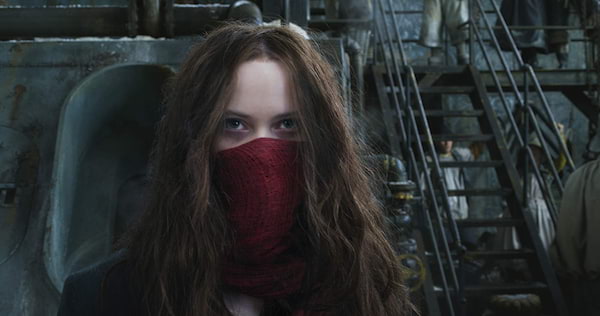 Hundreds of years after civilization was destroyed by a cataclysmic event, a mysterious young woman, Hester Shaw (Hera Hilmar), emerges as the only one who can stop London—now a giant, predator city on wheels—from devouring everything in its path. Feral, and fiercely driven by the memory of her mother, Hester joins forces with Tom Natsworthy (Robert Sheehan), an outcast from London, along with Anna Fang (Jihae), a dangerous outlaw with a bounty on her head.

Check out the new Spot for Mortal Engines and watch the film in Philippine cinemas December 5.

The acclaimed novel, which earned the Guardian Children’s Fiction Prize, the Los Angeles Times Book Award, the Smarties Gold Award and Blue Peter Book of the Year distinctions and was shortlisted for the prestigious Whitbread Award, would evolve into a series of four books known as The Mortal Engines Quartet: Mortal Engines, Predator’s Gold, Infernal Devices and A Darkling Plain.

Reeve’s story takes place centuries after civilization was destroyed by a cataclysmic event known as the Sixty Minute War. Humankind has adapted and a new way of living has evolved. Gigantic moving cities now roam the Earth, ruthlessly preying upon smaller traction towns. Tom Natsworthy—who hails from a Lower Tier of the great traction city of London—finds himself fighting for his own survival after he encounters the dangerous fugitive Hester Shaw. Two opposites, whose paths should never have crossed, forge an unlikely alliance that is destined to change the course of the future.

During his time at art college, Reeve had experimented with a Super 8 camera but decided it would be easier to illustrate and write novels than make movies. (“You don’t have to give people lunch or dress them in costume,” Reeve says, dryly.) Still, he had a clear vision of his story’s cinematic future. “Mortal Engines always wanted to be a big action movie when it grew up,” Reeve says. “It has a three-act structure and big set pieces. It was just itching to be filmed.”

Scholastic Media president and Mortal Engines’ producer Deborah Forte agreed. “There is a little bit of an actor in Philip, and a little bit of a director, so when he writes it’s in a very cinematic way,” Forte says. “You know what the world is, how it looks and sounds and what it feels like to be there.” And Forte, who had helped bring The Golden Compass to the big screen, immediately thought of the one filmmaker with the extraordinary vision and peerless sensibility to adapt Mortal Engines into a blockbuster movie experience: Peter Jackson.

Mortal Engines is distributed in the Philippines by United International Pictures through Columbia Pictures.  Follow us on Facebook at https://www.facebook.com/uipmoviesph/

Universal Pictures has released the first trailer for producer Peter Jackson's Mortal Engines, the upcoming fantasy epic based on the book of the same name by Philip Reeve. Watch it here at ClickTheCity.
0