Meet the New and Returning Characters of ‘Mary Poppins Returns’

Our favorite nanny from our childhood has returned to the big screen, 55 years later, in Mary Poppins Returns!

The direct sequel to the 1964 film, Mary Poppins Returns is a musical film set in 1930s England and follows the titular character when she returns to the Banks' home 25 years later. There she tries to help the Banks siblings – all grown-up now – and Michael's children cope with their grief and go through a difficult time in their lives. The film is helmed by Rob Marshall and is also based on the book series of the same name by P.L. Travers.

As the film is set decades after the first one, fans could expect to see new characters, as well as our favorite characters, portrayed by a new set of cast. Get to know all the old and new characters we will be meeting in Mary Poppins Returns here!

Julie Andrews has finally passed her magical umbrella to Emily Blunt who now portrays Mary Poppins – the "practically perfect" English nanny whose magical skills can turn anything into a fun and fantastic adventure.

She comes back in the sequel, having not aged a single day, to help the next generation of the Banks deal with a loss in the family.

Jack is a charming and optimistic lamplighter who's also a former apprentice to Dick Van Dyke's Bert. He befriends the young Banks children and goes on many adventures with them, alongside Mary Poppins. Lin-Manuel Miranda, whose most famous works are the Broadway musicals Hamilton and In the Heights, portray this role.

Michael and Jane Banks are now all grown up and played by Ben Whishaw and Emily Mortimer, respectively. Once a cheeky young boy, Michael is now a father of three children, and is grieving the loss of his wife.

Emily Mortimer plays the adult version of Jane Banks, who is helping his brother and his children cope with the loss of their mother.

Julie Walters plays Ellen, Michael's housekeeper just as she was his parents' in the original film. She's the only servant character returning for the sequel, and was portrayed by Hermione Baddeley in the original Mary Poppins.

Aside from playing Bert, the chimney sweep, Dick Van Dyke also portrayed the role of the bank director Mr. Dawes Sr., in the first film. For Mary Poppins Returns, director Rob Marshall asks him to make a quick cameo with him ad-libbing, singing, and dancing as – none other than – Mr. Dawes Jr. 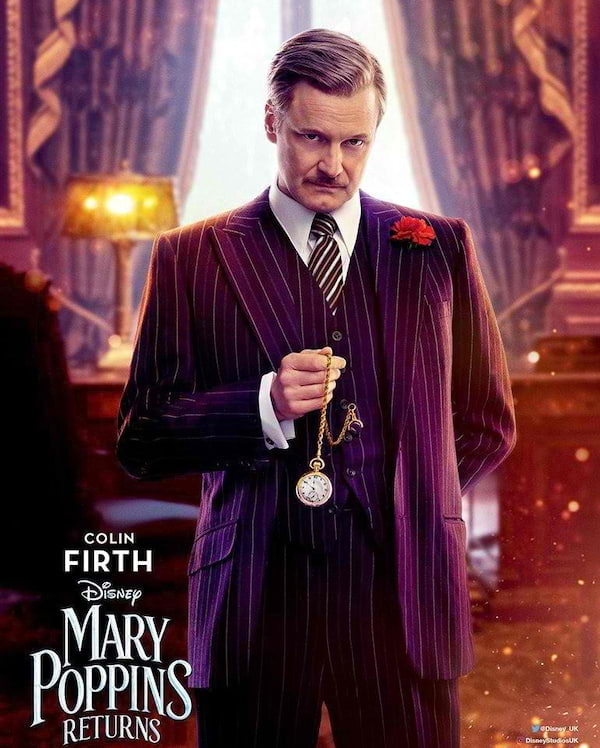 Colin Firth portrays William Weatherall Wilkins, nephew of Mr. Dawes Jr., and president of the Fidelity Fiduciary Bank where Michael Banks work. On the outside, he appears to be an altruistic mentor, but in reality, he's corrupt and ruthless, and is in the process of foreclosing the Banks' home. 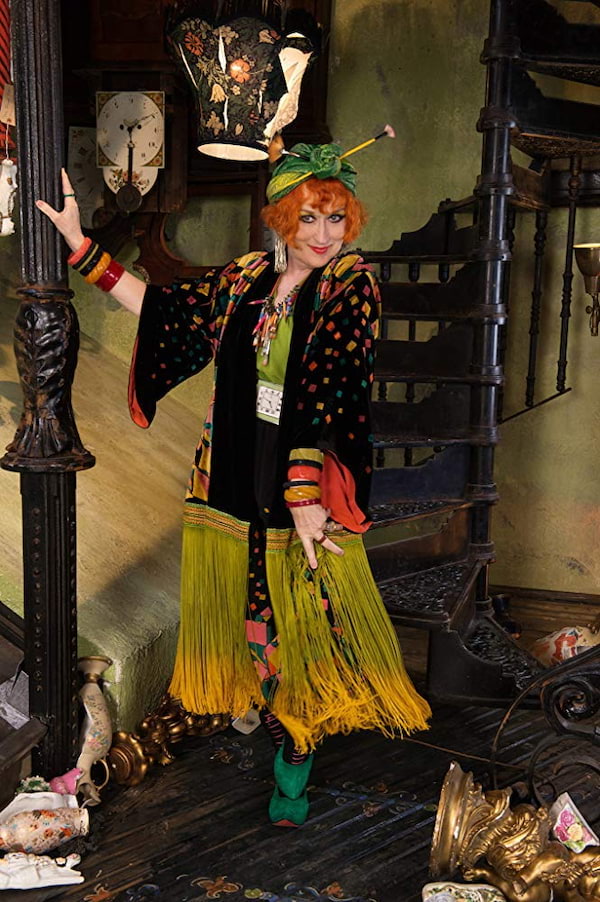 Topsy, portrayed by Meryl Streep, is Mary Poppins' eccentric distant cousin who runs a fix-it shop which turns upside down on the "Second Wednesday" of the month. She lives by the value of seeing things from a "new point of view" and to find the light in the darker points of life.

Mary Poppins Returns is now showing in cinemas nationwide. For the complete screening schedule, you may check out this link.