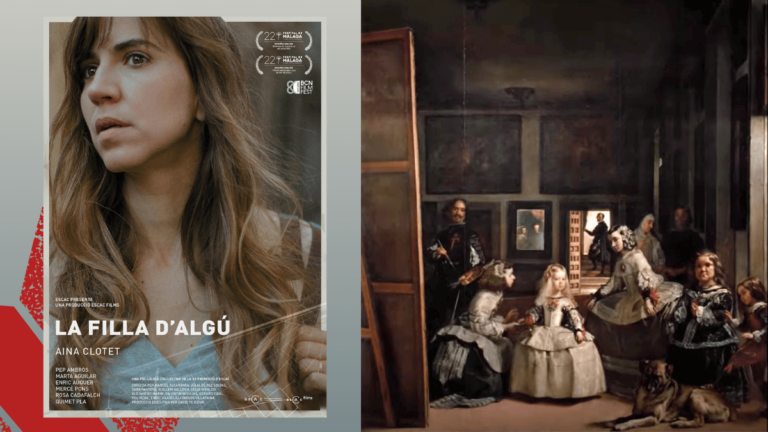 This year, we can enjoy the film festival safely at home!

Since its conception in 2002 by Instituto Cervantes de Manila, the Spanish Film Festival has been an annual attraction in Philippine cinemas. The Covid-19 crisis has posed the greatest challenge in the history of the Festival, and PELíCULA responds by offering online screenings and webinars. Even better, PELíCULA is expanding to two other countries, covering thus three countries in the region: the Philippines, Thailand and Australia.

Each movie will be available for viewing for free at www.pelikula.es for 24 hours, starting at 6 pm (in the Philippines and Thailand) and 8 pm (in Australia), on the programmed screening date. Here are the films you need to check out:

La filla d’algú is a film directed by eleven students from the Escuela Superior de Cine y Audiovisuales de Cataluña. It follows the story of the Eli, a lawyer in her thirties who is also pregnant. On the day she must attend the oral hearing of a media trial, her father suddenly disappears.

On her 30th birthday, Alba’s boyfriend Pablo breaks up with her. To make things worse, she wakes up the next day reliving the events of her 30th birthday. And as this repetition goes on, her time gets shorter and shorter.

Alex Montoya’s comedy film Asamblea makes a parody out of the tedious and egocentric meetings of politicians.

In a remote village that lacked progressive views, Concha and her daughter Adela decide to make an escape. Fleeing from the oppression in their town, the pair will set out on an adventure in an attempt to free themselves from the unseen cages that the town has put them it.

Arima follows the story of a girl and four women, who are disturbed by the arrival of two strangers. One is a ghostly presence fleeing from the other stranger– an injured man carrying a gun.

This documentary tells the story of the director’s father, Juan. The man is a mediator who tried to achieve peace between ETA and the Spanish Government. For years, Juan’s life has been infiltrated by Roberto, a spy from the secret services.

This documentary takes a closer look at the Las Meninas by Diego Velázquez, the most interpreted artwork in history.

PELÍCULA will also feature Latin American cinema, with one film from Costa Rica, El despertar de las hormigas. It follows a busy mother of two whose patience is tested when her husband asks for another child.

Aside from online screenings, webinars and online discussions are also programmed. Within Cineclub PELíCULA, Jessica Zafra will moderate several online discussions about films screened in the Festival, with the participation of the directors of the movies. On October 5 there will be a round-table discussion about “Marketing Asian Cinema in Europe and Spanish Cinema in Asia”; and on October 9, the directors of Spanish, Thai, and Filipino major film festivals will hold a discussion to answer the question: “Any Future for Film Festivals?”. These may be accessed free of charge through the site www.pelikula.es.

The Tagalog word “pelikula” comes from the Spanish “película” (film), which is proof of the deep cultural ties shared between the Philippines and Spain. With this spirit in mind, since its first editions, PELÍCULA had among its main objectives to organize joint Spanish-Filipino programs which could foster dialogue and joint projects between filmmakers from the Philippines and the Spanish-speaking world.

Under a similar approach, on October 10, PELÍCULA will offer “En corto: Short Films from the Philippines, Thailand, Australia and Spain”, in which four recent short films, one from each country, will be featured, and their directors will take part in an online discussion afterwards.

Last but not least, film buffs should not miss the yearly “Audience Choice” Award. Established in 2004, the Premio del Público (Audience Choice Award) recognizes in each edition the film that PELíCULA viewers have voted as the best of the Festival. It is a very popular feature of the Festival among the attending public and that we will maintain in 2020, adapting it to the new condition of online festival. Viewers will be given stubs where they can rate the movie they have seen online.

The winning movie will be screened once again on October 11, 6pm, at the Festival’s platform www.pelikula.es.

For the schedule, film details and further information on the Festival, please visit www.pelikula.es or manila.cervantes.es. You can also check out Instituto Cervantes on Facebook.