Rebecca Ferguson in Family Movie “The Kid Who Would Be King”

Filled with action, humour and heart, Joe Cornish’s “The Kid Who Would Be King” is a thrilling adventure for the young and the young at heart.

Filled with action, humour and heart, Joe Cornish’s “The Kid Who Would Be King” is a thrilling adventure for the young and the young at heart.  Based on one of the most famous myths of all time, The Kid Who Would Be King approaches the legend of King Arthur and his knights in a completely new way, bringing it into the modern world and making it relevant for contemporary audiences. 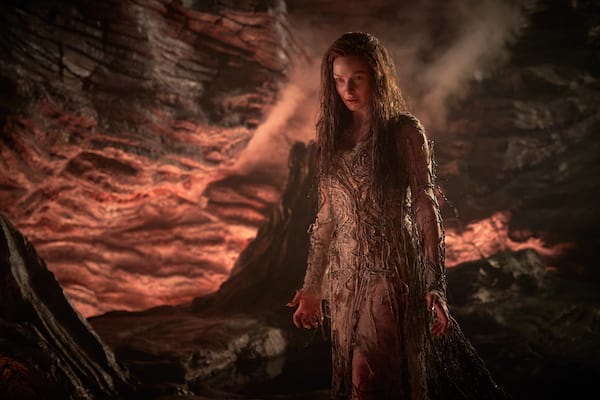 The heart of the film is based on the chivalric code that the wizard Merlin teaches young Arthur in the legend.  This is the set of laws that King Arthur’s knights abided by, which dictated earnest moral behavior – honoring the people you love, persevering, refraining from offense and telling the truth.  In the film, Cornish takes that moral code and applies it to modern kids, to see what its value is in today’s world.

Standing in the gang’s way is malevolent enchantress Morgana (Rebecca Ferguson), King Arthur’s half-sister, whose belief that the sword is rightfully hers has twisted her to evil. Buried in a tree in the bowels of the Earth by Arthur and his magician Merlin (Sir Patrick Stewart/Angus Imrie), Morgana looks to take back the sword using an army of undead knights and her terrifying ability to shapeshift, buoyed by a deep conviction that she is the true heir to the throne. 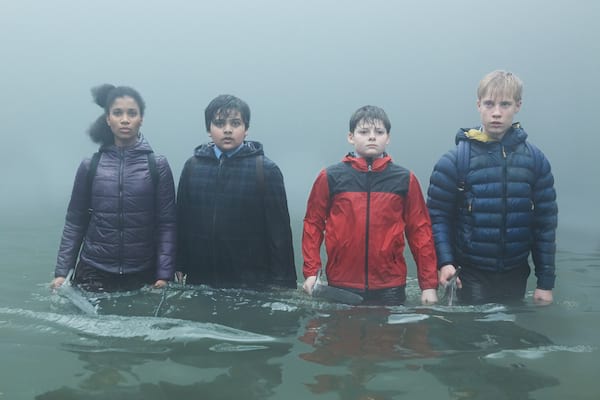 One of the most vivid characters in the legend is the sorceress Morgana – King Arthur’s half-sister and illegitimate offspring of a magical birth. Because she has had her inheritance and the sword taken away from her, she becomes evil, jealous, and covetous of the sword, which she believes is rightfully hers. Morgana is trapped by Arthur and Merlin underground, bound into the bowels of the Earth by magic, where she remains dormant for centuries.

Rebecca Ferguson was shooting on ‘Mission Impossible – Fallout’ with Simon Pegg – a long-time friend and collaborator of Cornish and Park – who suggested Cornish approach her about playing Morgana. Director Cornish was delighted that Ferguson was attracted to the role. “We were very lucky that Rebecca really responded to the material and was excited to play this larger than life role that involved her putting on elaborate prosthetics and transforming into these crazy creatures – breathing fire and flying, and fighting an army of kids. I think she really relished and enjoyed the experience, taking it very seriously and working incredibly hard on her physical movement.  She gave us a huge amount of time and energy, above and beyond the call of duty, and has a phenomenal presence and charisma in the movie.”

“The Kid Who Would Be King” opens January 23 in cinemas nationwide from 20th Century Fox.

The Kid Who Would Be King

Experience a brand new take on the classic tale of the legend of King Arthur when family movie “The Kid Who Would Be King” opens in cinemas!

WATCH: Youngbloods Assemble in "The Kid Who Would Be King" Trailer Reveal

An amazing new epic adventure unfolds as 20th Century Fox debuts the first TRAILER of “The Kid Who Would Be King”. Watch it here at ClickTheCity!