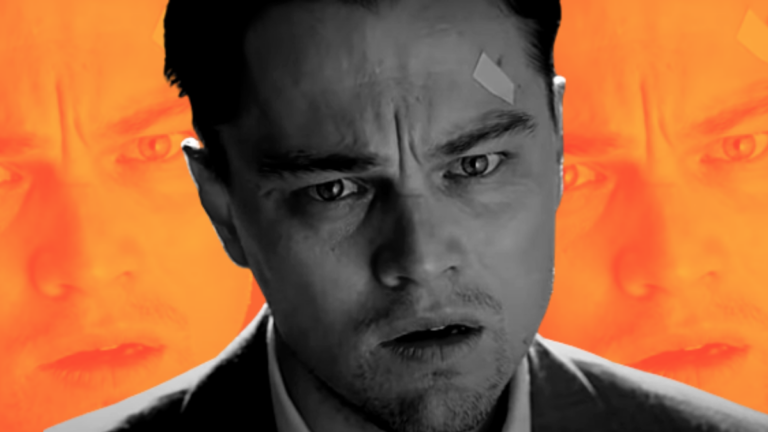 Here's a spoiler-free list of films with some shocking-- and sometimes frustrating-- plot twists!

Do you find it satisfying when you sit out a film, and there comes a moment when you suddenly gasp, slap your forehead, and mumble “so that’s what was happening all along!” Of course, it may not be exactly as I pictured, but you probably get what I mean.

Plot twists. These unexpected turns or revelations in the story, when placed perfectly, can easily be the highlight of the film we’re watching. And for some films, these twists are the reason that they’ve become truly unforgettable.

If you’re looking for movies with such twists, then look no further. On this spoiler-free list, we’ve rounded up flicks from different genres that will shock or frustrate you, with their plot twists.

Gone Girl is based on the novel of Gillian Flynn with the same name. It follows Nick Dunne whose home becomes a crime scene when his wife disappears at the occasion of their fifth wedding anniversary. As the media circles around them, evidence begins to point towards Nick, but the truth may not be as simple as it appears to be.

For fifteen years, Dae-Su has been imprisoned inside a dilapidated hotel room, drugged and clueless on why he was there. After all those years being locked up, Dae-Su is suddenly set free with some money, clothes, and a cell phone. In his search for his captor and the reason behind his imprisonment, Dae-Su would soon find out that he has become part of a big web of conspiracy.

US Marshall Edward “Teddy” Daniels and his partner Chuck Aule are tasked to find an escaped patient from the Ashecliffe Hospital situated in the remote Shutter Island. But as they go deeper into the patient’s mysterious disappearance, Teddy becomes more convinced that a bigger conspiracy is at play, and he would stop at nothing to find out the truth.

Set in 19th-century London, this film follows the rivalry between two famous magicians, Robert Angier and Alfred Borden. Tied by a tragic past, the battle between the two performers becomes even more obsessive as they try to pull off the ultimate trick, The Transported Man. But as this bitter obsession grows over time, the stakes become bigger until the lives of those around them are endangered.

One of the horror films with an iconic antagonist, Orphan, tells the story of a couple who grieves the loss of their unborn child. During their visit at an orphanage, they were charmed by a nine-year-old girl named Esther, and they decided to adopt her. The two would soon discover that they made the wrong decision, and that they would have to fight for their lives.

Memento centers around a man’s thirst for revenge. Leonard’s wife has been raped and murdered, and he wanders with the mission of finding the person guilty of the crime. But this feat is even harder to achieve because of Leonard’s rare mental illness where he can recall memories of his life before the accident, but any new memories beyond that can only last for a few minutes.

An unnamed insomniac man tries to find meaning out of his boring life by joining support groups for the terminally ill. After meeting a carefree soap salesman named Tyler, the man is dragged into founding an underground fight club. Soon the organization went out of proportions, and a feud between the two founders also began to grow. Now the unnamed protagonist must put a stop to all of his mistakes while facing a shocking truth about Tyler.

A horror film from the 90s, Jacob’s Ladder centers around the Vietnam war veteran Jacob Singer who returns to society with a disturbed mind. He hallucinates that the people around him are monsters. But as he continues to suffer this PTSD-like illness, a big conspiracy begins to unfurl, threatening his life in the process.

In this sci-fi flick, a group of random strangers are awoken to find themselves standing around a mysterious circle. And even more bizarre is that the circle begins zapping some of them to death. Soon, they realize that they are in some kind of an experiment where they have to vote who is gonna be taken down next. While most are desperate to survive, some of them are ready to give their lives to either the child or the pregnant lady in the circle.

In this horror film based on the novel of the same name by Stephen King, an entire city is engulfed by a mysterious mist after a powerful storm. Trapped inside the supermarket, David Drayton and his young son must fight for their survival when unknown creatures from the thick mist begin to attack the people outside. It becomes even more dangerous when a manipulative zealot among the survivors starts speaking about a sacrifice for the promise of redemption.

Jake Gyllenhaal plays Donnie Darko, a troubled teenager who sleepwalks out of his house one night and encounters a creepy rabbit-looking creature, warning him about the end of the world after 28 days. This mysterious encounter happens to save Donnie from his demise when a jet engine crashed right into his bedroom during that night. But as the 28th day comes closer, Donnie becomes more desperate to find a way to prevent the rabbit’s prophecy… but is it even true or is it all in his head?

As World War II comes to an end, Grace moves into a remote country house in Jersey. Here, she awaits word about her missing husband while tending to her two children who both suffer a rare disease that makes their skin very sensitive to sunlight. When one of her children starts talking about mysterious happenings in the house, Grace would soon realize they’re not alone in the house.

After being involved in a car crash, Rita wanders the streets of Los Angeles confused, not knowing who she really is. She is then discovered by Betty, an aspiring Hollywood actress who offers to help her find her true identity by following clues in the dreamy City of Angels.

After being rounded up by the police as suspects to a truck hijacking, five individuals with criminal backgrounds decide to band together to get back at the police. After pulling off their great heist, the group is then contacted by the international criminal mastermind Keyser Söze and recruits them for a dangerous job.

Child psychologist Dr. Malcolm Crowe is still troubled by the incident from months ago, when an ex-patient attempted to kill him and then committed suicide. Still, Crowe becomes committed to take on a new case when he meets a young boy who claims to see dead people. The question is, could the doctor really help him or is this a case beyond his grasp?

Know a film that’s also worthy of a spot on this list? Let us know by leaving a comment!